What to Say to Your Ex-Girlfriend to Get Her Back

If your ex-girlfriend currently doesn’t feel much or any respect, attraction and love for, then she’s not really going to care about what you say.

To get an ex-girlfriend back, you have to start by making her feel a renewed sense of respect and attraction for you. This will happen when you can show her that you have already fixed at least made improvements to your issues and personal problems that contributed to the break up.

For example: If a guy was too needy, clingy, jealous or protective, he needs to be able to show her that he has realized why he was thinking and feeling that way, as well as let her see that he really has changed. 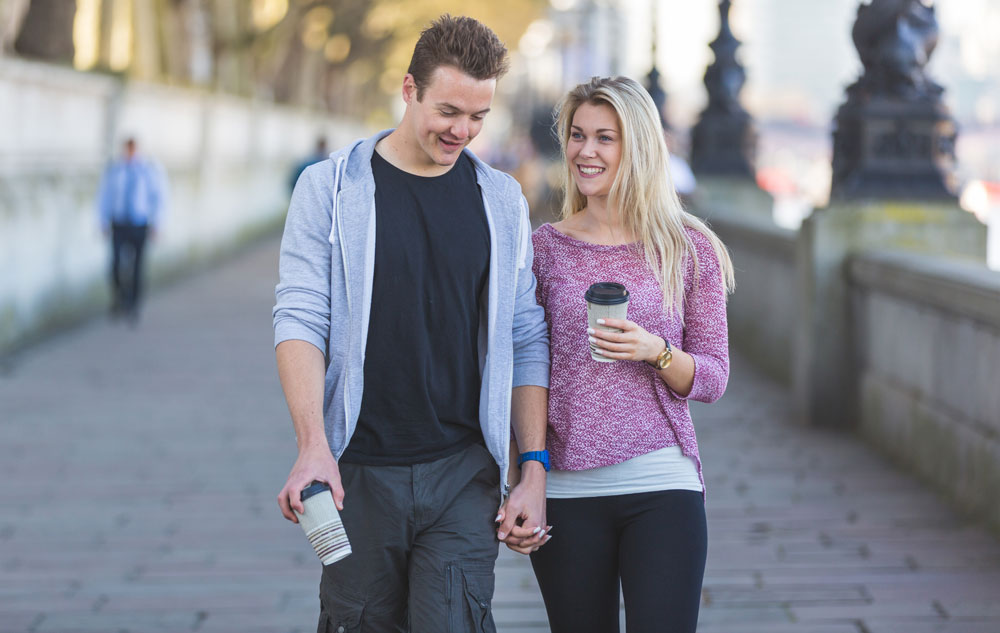 What he can say at that point is, “Rebecca, I get it. I mistakenly thought that I had to be that protective to ensure that I didn’t lose you. I’ve realized now that it was the opposite of what I needed to do. All I needed to do was love you and trust you, but I wasn’t able to do that back then. Now that has changed because I realize that in a relationship, you have to each other your full trust, rather than loving, but not trusting. I’m sorry for that. Can you forgive me?”

If she isn’t interested in forgiving you, it means that your behavior, body language, vibe and overall approach to her has been unattractive. Unless you are making your ex-girlfriend feel a renewed sense of respect and attraction for you, then much of what you say will go in one ear and out the other. In other words, she won’t listen and she won’t care.

Watch this video by Dan Bacon (founder of The Modern Man and creator of Get Your Ex Back: Super System) to understand what you need to do get your ex-girlfriend to listen to you, feel respect and attraction for you and want to give the relationship another chance…

Your ex became your ex for a reason and at the time of breaking up with you, her feelings for you had changed and she no longer wanted to be in a relationship with you. Getting her back means getting her to change her mind, and that means getting her to feel differently about you again, but words alone will not change the way she’s feeling.

You have to focus on triggering her feelings of respect and attraction for you as a guy. If you’re not doing that, then she’s not going to care what you have to say.

What Not to Say

If you’re looking for advice on what to say to your ex-girlfriend to get her back, you may already have fallen into the trap of saying what you think she wants to hear, but if your efforts have so far failed to get you the results you want, maybe it’s time to accept that what you thought she wanted to hear was wrong, right?

Something many guys do when they desperately want an ex to change her mind is to beg and plead with her to be given a second chance. They’ll hound her with telephone calls, text messages, emails, and they may even show up at her work, and all because they’re desperate to talk to her and to get her to listen to them as they beg her to change her mind.

This is a mistake on many levels, but not least because resorting to begging and pleading is not an attractive trait in a man.

Your ex became your ex for a reason and if that reason is connected to a change in your attitude or behavior in the relationship which led to you becoming clingy, overly possessive, or needy, hounding her in this way will do nothing to change her feelings for you.

Women are not flattered by a guy begging in this way; they are completely turned off by weak, wimpy behavior and insecurity of any sort in a man.

2. Don’t promise her the world

A big part of begging and pleading is often to make every kind of imaginable promise in an effort to get a second chance.

Guys will often say things like, “I promise I can change. I can be whatever it is you want me to be. Just tell me what you want and I’ll do it,” but the problem with this is that it only highlights the fact they obviously don’t know what it is they need to change to fix things.

You can’t take any kind of effective action to fix things if you don’t actually know what needs to be fixed.

A woman does not want to have to spell out what needs to be fixed, she wants a guy to be tuned-in enough to her body language to be able to figure it out for himself.

She not only wants him to be able to recognize the problem, she wants him to take the lead in doing something about it, and showing her through the improvements he makes that he has learned from the mistakes he made and become a better man as a result.

If your words are not backed up by actions, you’re simply making empty promises and she has no reason to feel any differently about you.

Another trap many guys fall into when trying to get an ex to change her mind is to blame her for their mistakes. For example: She might say that his clinginess and jealous behavior led to her choosing to dump him, but he’ll attempt to make it her fault by saying that some aspect of her behavior led to him behaving the way he did.

Unless a guy is able to recognize and admit to the mistakes he made, he’s not in a position to learn from them and take effective action to become a better man as a result.

An ex-girlfriend becomes an ex for a reason and getting her back comes down to demonstrating that real improvements and changes have been made. Attempting to pass the blame achieves none of this, giving her absolutely no reason to change her mind.

Are You Making Her Feel Enough Respect and Attraction For You as a Man?

You need to demonstrate through the way you behave and your attitude that you’ve learned from the experience and you’ve made changes for the better to become a better man, and, more importantly, a man with attractive qualities that will make her want to take you back (e.g. you’re more confident, charismatic, masculine, charming, etc).

Empty promises are not enough to change the way she is feeling, and getting her back is all about showing her that you mean what you say and you’re making changes for the better.

To get her to want you back, you need to show her that you have what it takes to make her feel the way she wants to feel in a relationship, and that means developing the qualities that make you a sexually attractive man she’ll find hard to resist.

The process of getting her back begins with figuring out what changes happened and, from there, you then need to take action to make the changes and improvements needed to fix things.

My Girlfriend Said She Just Wants to Be Friends