What to Talk About With Women

Here are some examples of things you can talk about with women to get to know them, while also making them feel sexually attracted to you at the same time. 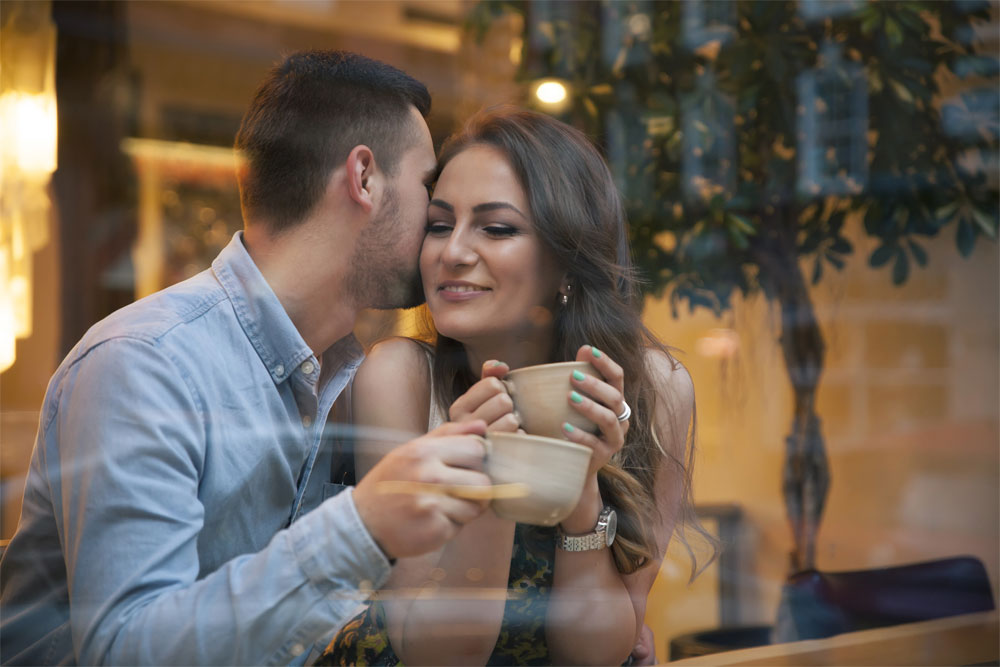 It’s completely fine to talk about normal, ordinary topics as long as you also make the woman experience some feelings of sexual attraction for you.

If you don’t focus on making her feel sexually attracted and aroused during the conversation, it won’t really matter what you say – she will get bored and want to get away from you or will only see you as a friend or stranger that she doesn’t want to get to know any further.

Before you talk to another woman, it’s important that you understand that you can take a mundane subject (e.g. her job, hobbies and interests or what type of food she likes) and uses it as a way to make her feel sexually attracted to you.

Here is how it works…

1. Talk about her work (or studies)

Asking a woman what she does for a living is a pretty common question that most guys will ask.

Yet, in most cases, a guy will take this mundane topic and engage a woman in a boring, predictable conversation about it (e.g. “Oh, how long have you been working there?” and “Do you enjoy your job?”).

She’s had that conversation 100s of times and it’s just not exciting or attractive to talk about something in the same way over and over again with every guy she meets.

So, a great way to use a mundane topic such as work to create feelings of sexual attraction in a woman, would goes something like this…

You: So, what work do you do?
Her: I’m a hairdresser.
You: (Smile and say in a joking manner) Really? How many ears have you chopped off so far?
Her: (Most likely laughing) None! 😀 That would be bad for business.
You: (Smile and say) Well, I wouldn’t mind too much if you cut my ear; as long as you took me home and patched me up afterwards.
Her: (Most likely laughing or smiling)

Why does this type of conversation make a woman feel sexually attracted?

Firstly, it’s different from the usual, “What do you do? Oh, that’s nice,” conversations she has with most guys.

Secondly because you are teasing her and having a bit of fun with her about her job and about chopping off her customers’ ears, you are showing that you’re confident in yourself and you don’t have to put on an act to impress her like all the other guys she meets.

You are confident to say whatever you want and you’re also confident enough to suggest that she would want to take you home.

Talking to a woman in that way is not a serious conversation about her taking you home.

Instead, it’s just a bit of fun where you tease her and you allow her to relax into your masculine direction.

You are leading the direction of the conversation and she can just relax and go along with it.

Women are instinctively attracted to confident guys who are not intimidated by them and are comfortable being themselves, while also being a good guy.

2. Talk about what she likes to do for fun

This is a good way to find out what type of person she is (e.g. quiet and relaxed, sporty, a party girl, nerd, loner), and where she likes to hang out in her spare time, while also finding out some of the things you have in common.

For example (while talking to the hairdresser):

You: (Grin and say) So, what do you like to do when you’re not at work chopping people’s ears off?
Her: (Most likely smiling) I like to relax at home, or if I can, I really like to go to the beach.
You: That’s cool. I love the beach. I was there a few weeks ago with some friends, but I got such bad sunburn I looked like a lobster for a week afterwards!
Her: (Most likely laughing or smiling)

Not only is this a great way to find out more about her, you also get to tell her more about you.

Women are attracted to guys who have things happening in their life and who are not sitting at home alone hoping for something to happen to them.

Most people enjoy food, so talking about food is a great way to find out about her tastes and to then potentially use that information when you meet up with her for a date.

You: Okay, so do you prefer to eat out or cook?
Her: I mostly like to cook.
You: Are you any good?
Her: Sure.
You: (Smile and say in a joking manner) Hmmm… Of course you would say that, but I can’t take your word for it. You look smart, you’re beautiful, but how am I to know if you’re a good cook if I haven’t tasted any of your cooking yet? You’re going to have to prove it to me by cooking something for me tonight, tomorrow or sometime this week. But none of that salad stuff for me; I’m a steak and potatoes guy.
Her: (Most likely laughing or smiling)

As you can see, a simple conversation about food can spark attraction between you and her (by implying that she has to cook for you), while at the same time getting to know each other better.

Talking about travel is another great way to find out more about what excites her and to let her know what excites you.

You: So if you had an unlimited budget and could travel anywhere in style, where in the world would you like go to right now?
Her: Oh, I’d love to go to some tropical island and just laze on the beach for a few weeks.
You: (Close your eyes, smile and say in a joking manner) Hmmm… I’m seeing it now. You in a sexy bikini sipping piná coladas on the beach… Me lying in a deck chair next to you… Sounds fantastic; when are we leaving?
Her: (Most likely laughing or smiling)

Not only is this a great topic of conversation because most people love talking about their dream vacation, but it’s also a good way to let her know that you find her sexually attractive.

Where most guys go wrong is they stick to neutral conversation hoping that it will eventually lead to something sexual.

Other guys worry about talking about liking a woman or seeing themselves with a woman because they assume it will give her too much power.

If you are confident guy, you can say whatever you want and you never lose any power.

Every Conversation is an Opportunity to Make Her Feel Attracted 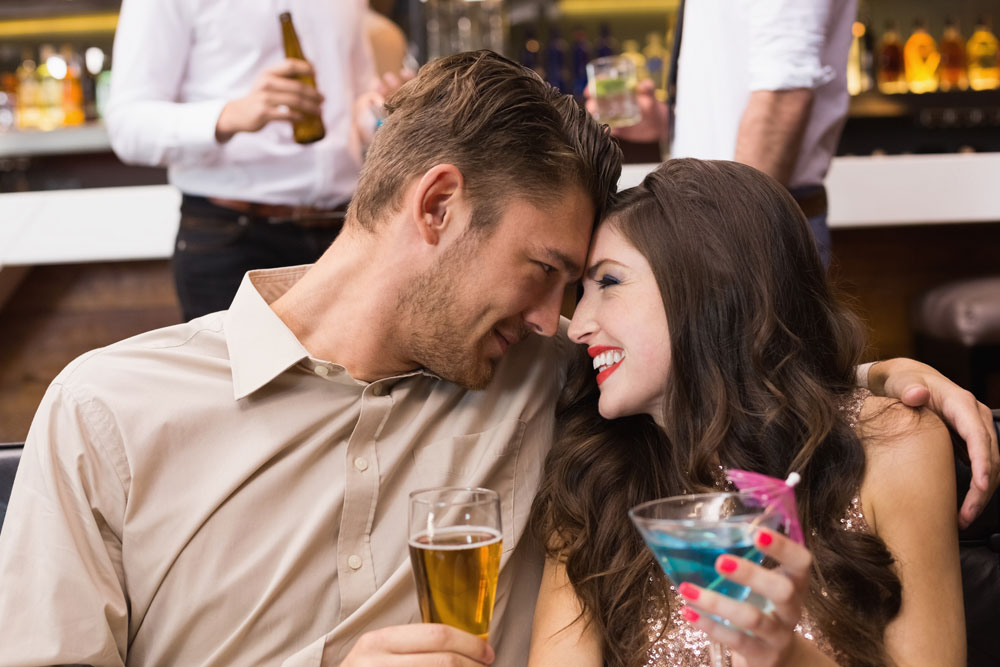 Almost any subject you can think of (except for politics, religion or anything gruesome) is an ideal way to learn something about her, tell her something about yourself and trigger her feelings of sexual attraction for you.

You don’t have to put on an act and pretend to be someone you’re not to impress women when you talk to them (i.e. by bragging, acting super cool, etc).

Just be yourself and allow those qualities in yourself that are naturally attractive to women (e.g. your confidence, humor, charm, charisma) to come through and she will naturally feel attracted to you.

When a woman is feeling attracted, then kissing, sex and a relationship will follow on naturally from there without much effort on your part at all. 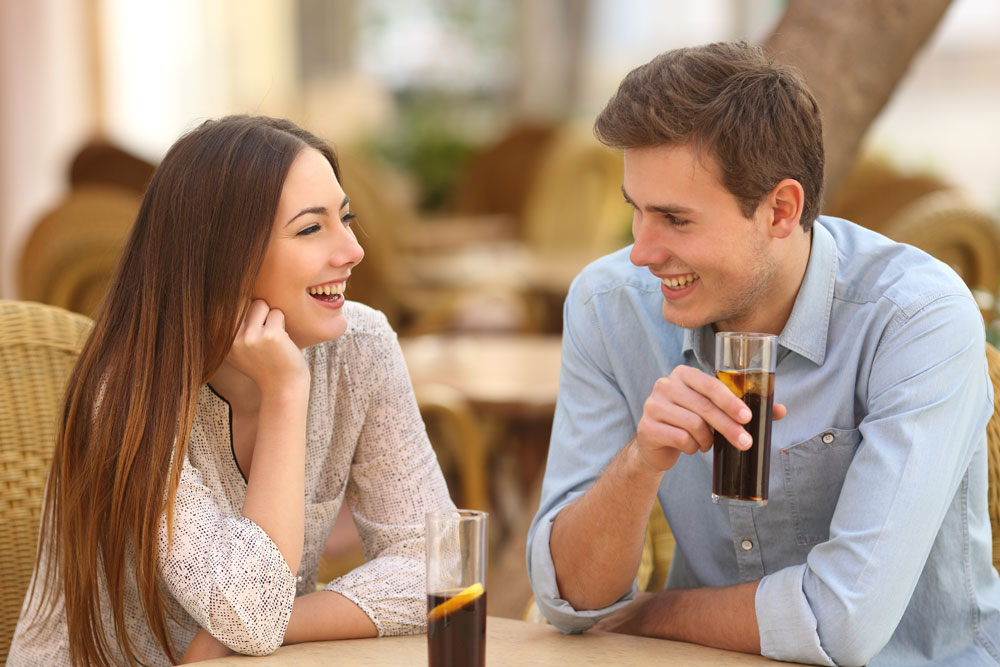 When talking to a woman that you want to have sex with or begin a relationship with, always make sure you that you also focus on making her feel sexually attracted to you by displaying the types of personality traits and behaviors (e.g. confidence, charisma, a masculine vibe) that naturally turn a woman on.

If you only talk to a woman without triggering her feelings of sexual attraction for you, she might end up liking you a lot as a person, but that doesn’t necessarily mean she will be interested in having a sexual relationship with you.

A woman might spend a lot of time talking to a guy and having a great conversation with him, but if all he’s doing is making her feel sweet, friendly emotions for him, she will remain open to hooking up with another guy if he comes along and makes her feel sexually attracted when he interacts with her.

You don’t have to be a bad boy or a jerk to attract women when you talk to them.

Be a good guy, but make sure that you focus on triggering feelings of sexual attraction.

That is what really counts.

What you say to a woman is not as important as how you are making her feel when you say it.

How do you need to make her feel?

You need to make her feel sexually attracted and you can do that by actively displaying some of the personality traits and behaviors that naturally attract women.

What Women Look For in a Man Physically