All the Good Women Are Taken

If you’ve been meeting women lately and have found that the ones you like are already taken, then it means that you have either:

If you’ve been unlucky, then you simply need to keep meeting more women until you find good ones that aren’t taken. If you haven’t been meeting enough women, then you need to build up your confidence to approach the types of women that you find attractive.

However, if you have been meeting a lot of women, but can’t seem to get them to like you in a sexual way, then you need to start improving your ability to attract women as you talk to them.

You can do this by displaying personality traits and behaviors that are naturally attractive to women (e.g. confidence, charisma, flirting, the ability to make her laugh, charm).

When you display some of those traits as you talk to a woman, she will naturally feel attracted to you.

You can then build on her attraction as you talk to her and then take things to the next level (e.g. phone number, kiss, sex, date).

It’s very easy to do.

How Many New Women Do You Actually Meet Each Month?

I’ve been helping guys become more successful for more than 10 years now and one thing that I’ve found is that most guys who can’t get a girlfriend either don’t have the confidence to approach women or don’t know how to attract women when they interact with them.

So, when a guy says to me that he thinks all the good women are taken, I know what is really going on.

All the good women are NOT taken. It’s simply a case of the guy not meeting enough new women or making them feel enough attraction when he meets them. It can also be that he meets girls who like him, but he is too afraid to ask for a phone number, move in for a kiss or take her home for sex.

When I have asked guys, “How many new women do you approach and meet every month?” the average answer is anywhere from zero to three. I then ask, “Of the women you know, how many of them are single?” and the numbers are basically the same. 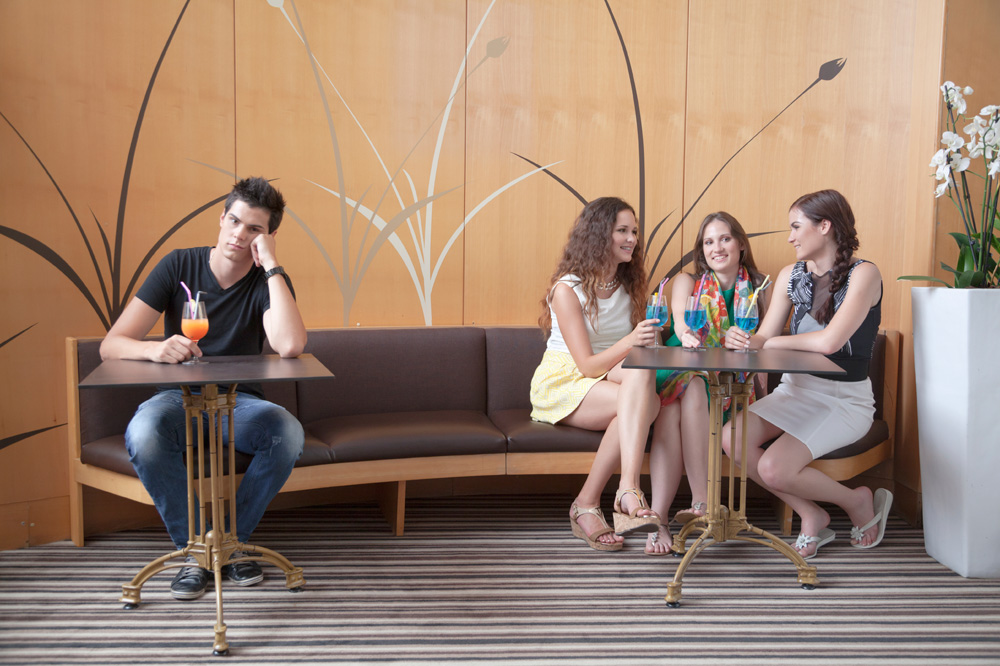 A guy will see women that he finds attractive, but he won’t approach and meet them because he either fears rejection, doesn’t know what to say or do, or he thinks that they wouldn’t want to be bothered by him.

Yet, if a woman is single, she feels excited when a guy approaches her in a confident, easy-going way and makes her feel attracted. She feels even more excited if he then asks for her phone number, calls her up, takes her out on a date, has sex with her and then starts a relationship with her.

Women want it just as much as men do, but as a man – you have to be the brave one. You have to have the confidence to walk up and talk to the women that you find attractive.

When you know how to attract women, you won’t be afraid to walk over and talk to women that you find attractive. You will know that most of the women you meet feel some or a lot of attraction for you, so there’s nothing to worry about.

However, if you don’t know how to attract women and are simply hoping to get lucky, you will almost certainly feel nervous and anxious before approaching a woman. You will worry about getting rejected and assume that you’re probably not going to be good enough for her.

You are ALREADY good enough for most women out there. The majority of guys that you see with a beautiful girlfriend or a wife are just normal guys, working in a normal job, driving an average car and banging her with an average-sized penis.

Yes, there are some women out there who will only accept a perfect looking male model with loads of money and a sports car, but those women are the minority. The majority of women have what I call an Open Type, which means that there open to being with all different types of guys, as long as the guy can make her feel enough attraction in other ways.

As long as a guy knows how to make women feel attracted to him, he will be able to pick up and have sex with many of the single women he meets. No guy can pick up every woman in the world, but when you’re skilled at attracting women, you can pick up most of them.

Don’t Expect to Pick Up Every Woman You Meet

Not every woman that you approach will be a perfect match for you and be available, so when you approach a woman, don’t pressure yourself into thinking that you have to pick her up.

When you approach a woman, you are simply going over to make her feel some attraction for you, have a quick conversation and find out if you are compatible. If there is a spark between you and her, then keep going and get the number, kiss or sex that night.

If you waste your life focussing on the small amount of women you know through work or friends, you will almost certainly come to the conclusion that all the good women are taken.

Yet, you will basing your theory on maybe 100 women out of the millions around you in your country.

You might want to believe that all the good women are taken, but they’re not. There are so many women who would love to be with you, but it’s up to you to approach them and make them feel attracted to you.

If you’re not willing to approach women, then you at least need to get yourself ready to attract a woman when you happen to meet a new one that you like.

How to Stop Being Insecure

What Does It Mean to Be a Man?