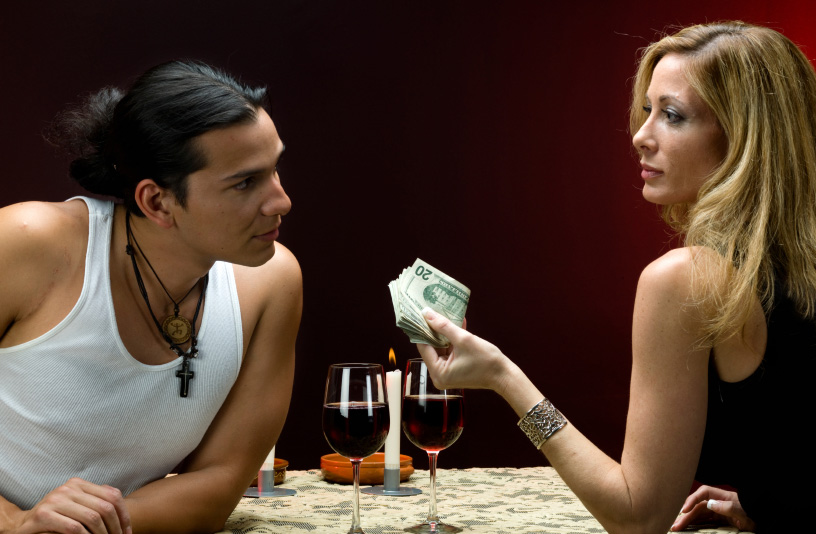 Attracting Women Who Are a Lot Older or Younger Than You

One of the secrets to picking up older women is to make them feel as though they’ve still got it (i.e. are still physically attractive).

Look at her in a way that makes her feel like she is the sexiest woman on Earth, but don’t go overboard to the point where you are behaving as though she would be doing YOU a favor by being with you.

Let her see that you are a confident guy who could easily have sex with a younger woman, but you find her to be so much sexier.

If you can make her feel attracted to you and make her feel sexy, she will be extremely easy to pick up. Once you’ve had sex with her, she will usually be willing to pay for dinners, buy you gifts, etc, just to keep you around.

Some older women will even help you out financially or give you an allowance if you need it. However, you have to make sure that you’re making her feel a lot of attraction for you and are making her feel like she has a lot of sex appeal.

Personally speaking, I used to be attracted to some cougars (women who are older than 35 years and are interested in younger men) until I developed the ability to pick up women between 18-23 years of age.

Before I worked out how to pick up younger women, I liked cougars because they seemed like they’d be easier to pick up. I didn’t think that I was good enough for hot, young women.

Picking up younger women essentially involves making them feel attracted, not being worried about any tests they throw at you (e.g. playing hard to get, changing their mind about things every two minutes, etc) and just confidently moving things from a conversation to kiss, to sex and into a relationship.

Most younger women don’t want to get the feeling that you’re trying to make them your girlfriend right away. They just want to take you for a test drive first and see how they feel.

If she feels a lot of attraction for you and notices that you’re not immediately trying to get her into a relationship, she will almost always fall madly in love with you while she attempts to get you to want to be in a relationship with her.

I’ve broken in several virgins, had 18 year olds crying and begging me to be their boyfriend and also had a couple of threesomes with women between the ages of 19-23.

It’s pretty easy to do. You basically have to rid yourself of neediness and not worry if you lose her. If you can do that (while also making her feel intense attraction in other ways), younger women will do anything to get you to commit.

Why? Watch this video to understand the reality that attractive women face in the dating scene…

What is Your Ideal Age For a Woman?

What type of woman do you most prefer for sex and a relationship?

If you chose the number 6 option above, “Any woman I can get!” you are making a huge mistake with your approach to the idea of attracting women.

When you try to get ANY woman, you will usually end up with no women or only unattractive women because women are turned off by men who willing to take anything they can get.

To be a man of standards, you have to only accept certain types of women of certain ages for sex and a relationship. It’s the women you reject that show other women what kind of man you really are.

Personally speaking, I reject almost all women and only accept women who make me feel intense attraction. If you accept a woman who doesn’t make you feel intense physical attraction, you will regret it later and will secretly feel like a failure by being with her.

Choose a type of woman that you REALLY want and then go after that type of woman with confidence. You have to believe that you are good enough for the types of women that you really want.

If you don’t have that belief, you need to build it by learning how to attract women and then getting real life evidence (when you interact with women) that the types of women you want really do feel attracted to you.

It’s Normal, Natural and Common to Have a Younger Woman

Throughout human history, younger women have always been paired up with older men who have gained status in a tribe or who have power in the community.

Personally speaking, I was 35 when I picked up my 20 year old girlfriend from a nightclub. We recently got engaged and then married shortly after. None of my friends or family said anything bad about it because they are used to seeing me with younger women (between the ages of 18-23).

I’ve been having sex with 18-23 year olds for years. Initially, some of my friends and family raised their eyebrows and asked, “Isn’t she a bit young for you?” or “Aren’t you a bit old for her?” when they saw me with younger women.

I simply said (in a relaxed, self-assured manner), “No…it’s fine. It’s totally normal” and they eventually got used to it.

People will always have an opinion about the woman you are dating, but that shouldn’t worry you. Everyone has an opinion on everything. You just have to live your life, be a good person and do what makes you happy.

When people look back a man’s life when he is 80 years old, they will almost ALWAYS give him praise if he was the sort of guy who could pick up women who were younger than him. Women will smile and excitedly say, “Oooh, you must have been a charmer!” They will see him as a charming, attractive old man.

Guys will say, “What’s the secret grandpa?” and they will admire him.

Younger Women Now Hook Up With Men of All Ages

In the past, it was almost a necessity for a younger woman to find herself an older man who had money or status.

In today’s world, younger women can hook up with guys their own age because they don’t need to gain status in a tribe or in their community. In most cases, young women (18-23 year olds) just want to get laid, fall in love and have a good time.

In countries where women can support themselves, they now do whatever they feel like, including sleeping with 20 year old guys when they are 30, 40 or even 50. For most of human history, many of the younger men who dated older women were perceived as being a guy who had a “mommy complex.”

People assumed that he wanted an older woman to “mother him” through life, the relationship and even sex. Today, those perceptions have changed and it is now acceptable for a younger guy to be with an older woman, although some people still perceive it to be a bit strange.

Since today’s older women usually take better care of themselves, are more comfortable with their sexuality and are willing to go through cosmetic procedures to maintain their youthful appearance, they are often sought out for dating by younger men who don’t necessarily have a “mommy complex.”

Many younger guys simply get a lot of satisfaction out of being around, having sex with and being in a relationship with a more mature woman.

Why Do Older Men Appeal to Younger Women?

If asked the question, “Why do older men appeal to younger women?” most guys will immediately answer, “Because older guys have more money! She’s a gold-digger or simply wants a Sugar Daddy.”

While it is true that some younger women are intrigued by the idea of a Sugar Daddy or being taken care of for a while by a “man of means,” almost all younger women look for older men for reasons that have nothing to do with money.

One of the main reasons younger women go for older men is that they simply cannot find a guy in their own age bracket who behaves like a real man. These days, most of the guys a young woman will meet will either be too nervous around her, too shy to ask her out or too timid in the bedroom.

Many guys assume that if a younger woman hooks up with an older man she must have a “daddy complex” and secretly desire to be treated like his little daughter. Again, while there are some women who have that desire, almost all younger women who go for older men are doing it because they want to be with what they see as an “equal” in terms of sexual and emotional maturity.

Many studies have discovered that girls usually mature faster than guys their own age, so when a young woman hooks up with an older guy or man, she is often trying to be with someone who feels closer to her maturity level.

What Type of Woman Should You Choose?

If you want to have a serious relationship that lasts a lifetime, you should choose a woman who has a similar level of maturity to you, as well as the same goals, priorities and values in life.

Choose a woman who makes you happy because she loves you, she is beautiful and she is perfect for you.

Choose a woman that you genuinely want to make happy as well. If you don’t genuinely want her to be happy for life (not just for the initial part of the relationship – that’s the easy part), you will eventually get bored of being so nice to her and you may even become a bit mean, selfish or unloving.

Don’t hide away from relationships in fear of making a mistake and ruining the love that you share with a woman. Live your life, enjoy the delicious feelings of love and experience amazing things. 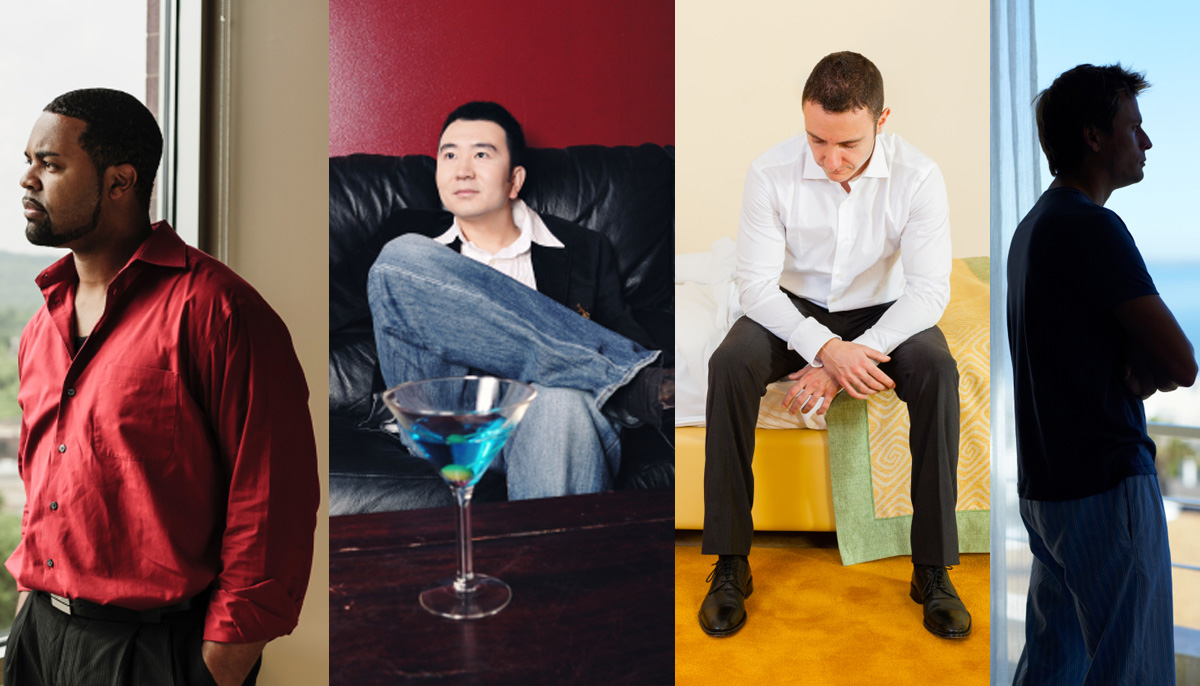 Personally speaking, I have chosen the best girl that I’ve met in almost 10 years of dating and sleeping with women non-stop and I couldn’t be happier. Here’s what happened…

Is She Hitting on You or Just Being Friendly?

The Consequences of Not Being an Alpha Male