Women like all sorts of men, not just older men.

However, if a young woman is into older men, it’s usually comes down to one of the following reasons:

When a Younger Guy Gets Dumped For an Older Guy

We recently got an an email from a guy recently who wanted to know why women like older men.

His reason for asking was that his girlfriend had dumped him and she’d moved on to start dating an older man.

Of course, it might seem a bit rash to jump to the conclusion that all women like older men based on this one experience, but for him it was the second time it had happened; his previous girlfriend had also dumped him and started a relationship with an older man.

The thing is, he’s not alone.

The question of, “Why do women like older men?” comes up frequently, and it’s not only from guys who’ve been dumped and “replaced” by an older guy. 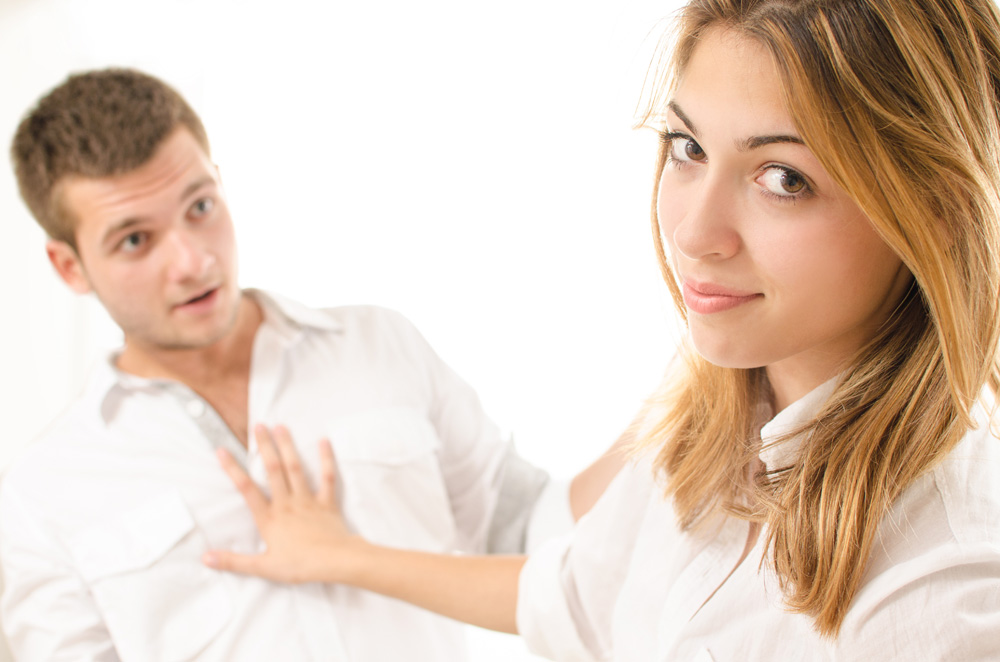 Okay, the biggest mistake the guys who ask the question, “Why do women like older men?” are making is assuming that age is the only basis of a woman’s attraction for a man. For the younger guys who have been dumped, they see their ex-girlfriend with an older man and they assume that the only thing he’s got to offer that they don’t is age.

In fact, because a guy is older, it’s not unusual for a younger guy to describe him as being less attractive – if not “uglier” – than them, and it’s for this reason that guys who are struggling to get a girlfriend jump to the conclusion that he must have money, or a flash car, or some other kind of trapping that makes women want to hang out with him.

As they see it, why would a young woman want to hang out with an older guy unless he was able to “buy” her affection with extravagant gifts? This is a big mistake on many levels, not least because women are not that shallow. In fact, if a guy thinks women really are that shallow, he’s found out why his ex-girlfriend dumped him or why he’s struggling to get a girlfriend.

Women are attracted to guys with alpha male qualities that make him stand out as a “real man” in her eyes. It’s not just what she sees when she looks at a guy that attracts her, it’s what she feels when she’s around him.

Yet, here’s the thing, it’s not a man’s age that gives him these qualities, it’s who he is.

Obviously, this does not mean that all older men have confidence and all younger men lack confidence, it’s just a generalisation that helps to explain why women sometimes appear to like older men.

It’s not the fact that he’s older that makes him attractive to a younger woman, it’s the fact that he’s truly confident in who he is as a man and he’s genuinely likeable as a result because he’s someone that she feels totally at ease being her real, feminine self around.

He’s totally comfortable just being himself and he’s not trying to be anything other than himself because he believes in himself as the man he is – and that’s a powerfully attractive quality in a woman’s eyes.

Going back to the guy who told us that he’d been dumped twice and his exes starting dating older guys each time. The fact that he asked, “Why do women like older men?” suggests that he could see no other reason for being dumped other than his ex-girlfriends preferring older guys, right?

The harsh reality is that until he learns to look beyond a man’s age and to see what other qualities a man might have to offer his ex in a new relationship that he didn’t offer in his relationship with her, he’s probably going to keep getting dumped.

A guy has to recognise and acknowledge the mistakes he made before he can learn from them and become a better man as a result. It could just be pure coincidence that he was “replaced” by older guys in each case but the guy’s his exes moved on to obviously offered something better; something that was missing in their ex-relationship.

A lack of confidence or insecurities of any kind are not attractive in a man – irrespective of his age. A woman is not going to be attracted to a guy who approaches her in a shy, awkward manner and then struggles to make any kind of conversation with her because he’s so intimidated by her – whether he’s the same age as her or 10 years older.

It’s not a man’s age that attracts, it’s his ability to approach a woman confidently, engage her in interesting conversation, and escalate the conversation into a kiss, a phone number, a date, or sex with the type of relaxed, masculine confidence that women find irresistible in men. It’s who he is that gets her attention, not what he is in terms of his appearance or his material possessions.

The great news is that the qualities women are attracted to in a man are qualities that can be developed at any age and stage of life. It doesn’t matter how young or old you are as a guy, the truth is that you can improve your ability to naturally attract women with your personality, behavior, body language, conversation style, vibe and attitude…

My Purpose in Life… What is it?

Random Questions to Get to Know Someone