Not all women like short men, but many women are open to being with a short guy. Why?

The majority of women in this world have what I call an “Open Type,” which means that they are open to being with all different types of guys, as long as the guy can make her feel attracted in other ways (e.g. he is confident, charismatic, alpha, etc).

A woman’s attraction to a man is directly linked to how capable he is of surviving, thriving and prospering in this world. So, if a nervous, self-doubting short guy approaches a woman, she will be turned off by his lack of confidence.

On the other hand, if a confident, self-assured short guy approached her, she would be attracted to his confidence and then, if she’s one of the women who have an Open Type, she will be open to being with him.

As you will discover from the video above, not all women require a man to be a 6ft, male model with loads of money to qualify for them. Many women are much more flexible about what they find attractive in a guy than most men realize.

When a guy asks me, “Do women like short men?” he’s usually asking because he feels as though his lack of success with women is due to his lack of height. Yet, it’s not.

Let’s just cut right to the chase: If you’re hung up on your height and feeling insecure because of it, women are not going to like you because they are going to feel turned off by your lack of confidence.

The most important part of what I’ve just told you is this: It’s not your height that’s the turn-off, it’s your insecurity about it. Believe me, that’s a fact and it’s a fact you need to take action on right away if you want to begin enjoying the kind of success you want with women.

Of course, I’m not saying that all women like short men. However, many women will overlook a guy’s height as long as he has the confidence and masculinity to make up for his shortcomings.

It’s just like how you’ve seen 1,000s of “ugly” men with beautiful women. Why does that happen? The guy has traits that overrule his lack of perfect physical appearance, such as confidence, masculinity and social intelligence.

Most guys assume that it must be about money and the only reason why an “ugly” guy can get a girl is by paying for her or being mega rich and offering her a luxury lifestyle. Sure, that does happen, but most guys aren’t rich.

The vast majority of short, bald or “ugly” guys who attract hot women do so by displaying the personality traits and behaviors that naturally attract women (e.g. confidence, charisma, masculine vibe, humor, etc).

Not all women will accept a short guy who has an attractive personality, but many women. If you have to talk to 10 women to find 3 matches, that’s much better than not talking to any women and continuing on in life alone with zero matches.

If you’re a short guy, you still deserve to be loved, wanted and respected. You’re not a freak and there is nothing wrong with you being short. You’ve got to accept who you are and get on with enjoying life in the ways that are possible for you.

Getting Over Your Insecurity About Being Short 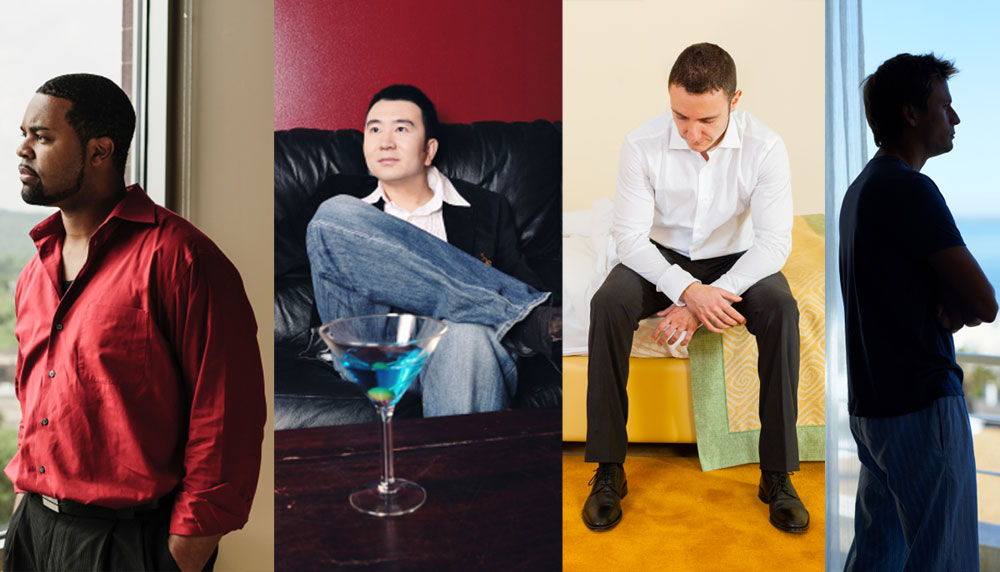 If you’re not enjoying the kind of success you want with women and you believe that your height is standing in the way, then you’re simply mistaken.

You’re not coming up short in a woman’s eyes because of your height, but because of your insecurities over your lack of height. Women are attracted to confident men who feel secure in who they are and what they’ve got to offer.

Guys who are socially intelligent have noticed and have already realized that women go for all sorts of guys. They don’t buy into the rubbish they see in TV commercial, which tells them that they need to have six-pack abs, be 6.5ft tall, have a gym body, drive a sports car and have a high status career to be attractive to women.

They are smart enough to know that confidence trumps everything and as long as that confidence is backed up by social intelligence and masculinity, he essentially has his choice with women anywhere he goes, regardless of his height.

At this point, you are likely beginning to become very clear about the answer to the question, “Do women like short men?” If not, read on and I’ll help you understand why your lack of height is not something that you should use to bring yourself down even further.

Don’t Believe What You See in Glossy Magazine Advertising

It’s a fact that TV and glossy magazine advertising has a lot to do with modern man’s mistaken belief that women are only attracted to tall, dark, handsome men.

They are also only attracted to men who wear certain colognes, watches and designer labels. Heck, according to some TV and magazine ads, you also have to have six-pack abs, a perfectly groomed head of hair, a sports car and be living a celebrity style lifestyle.

Well, time for a reality check: Just take a look around you at the couples you see out in bars and restaurants, or at the movies, or taking a walk in the park, or even just doing some grocery shopping in your local store.

The guys you see with beautiful women don’t all look like they’re straight off the pages of a glossy magazine, do they? No, of course not! You see guys of all shapes and sizes – and with every hair color – out with their girlfriends.

With this being the reality, getting hung up on your appearance and focussing on what you think you don’t have by wondering, “Do women like short men?” is a complete waste of time and energy.

Apart from the guys who got lucky, the guys that you see out there in the real world (not in the glossy magazines and TV advertisements) who are enjoying the kind of success with women that you dream of, didn’t sit around worrying about not being good enough.

They used their confidence, masculinity and social intelligence to make women feel the all-important feeling of attraction. Many of the guys you see with women are short, bald, overweight, dressed poorly and so on.

Don’t get sucked in by the false reality pushed by advertising executives and their clever teams of marketers. Believe in the real world that you see around you. That is the world in which you can have any type of woman you want.

In a woman’s eyes, it’s not a guy’s outer appearance that decides his attractiveness; it’s not how he looks on the outside that matters but who he is as a man on the inside.

As a female friend of mine once said to me, “Anxiety makes a guy look ugly. Confidence makes him look sexy.” If you don’t have the type of confidence needed for success with women, then learn.

Guys ask me all sorts of questions, based on their personal insecurities. One day it’s, “Dan, do women like short men?” the next it’s, “Do women care if you’re bald?” or “What kind of clothes do women like on men?”

Forget all the superficial stuff and focus on the fundamentals. When it comes to your sexual attractiveness, three essential qualities that women look for in a man are:

Guys who lack confidence set off a negative reaction inside of a woman and she instantly feels as though she wouldn’t be very safe with him. Her gut instinct tells her that she might end up having to mother him or that he’d become insecure or unstable if they got into a relationship.

If you still haven’t gotten over childhood issues to become a man or are constantly creating new insecurities for yourself (e.g. Are my clothes good enough? Should I whiten my teeth? Should I spend more time in the gym? Maybe if I do all that, THEN women will like me), women are going to instinctively feel turned off by you.

They will sense that you lack the masculinity and maturity that it takes to be an emotionally strong man. In a relationship, a woman won’t be able to feel as though you’re “her man” and she’s “your girl.”

Instead, she’ll sometimes feel as though she’s more like your mother or big sister and that you need someone to take care of you, which is a huge turn off for women.

A guy can be 6ft tall, look like a movie star and wear all of the latest designer bling, but if he doesn’t have the ability to socialize naturally with other people or have the communication skills needed to strike up interesting conversations, he’s not going to attract or hold a woman’s interest for very long.

A guy with confidence, masculinity and social intelligence has what it takes to approach and talk to women in a way that turns them on and makes them feel excited to be interacting with him.

This is why you often see short, fat, skinny, ugly, weird-looking and even scruffy looking guys with beautiful women. It’s not always about the guy being rich (99% of the population isn’t rich). In most cases, these guys are getting through to women on a much more fundamental level and that is where you need to place your focus.

So, if you haven’t already realized it, the answer to the question of, “Do women like short men?” is “Yes” if you are a man with genuine self-confidence, true masculinity, and social intelligence, and “No” if you are an insecure man who is shy, anxious and nervous around women.

The choice is yours; If you choose to remain hung up on your height and to feel insecure because of it, you’re choosing to limit your success with women because you’re unwilling to see the real world around you and accept it.

However, if you’re wise enough to allow yourself to see the truth and begin to focus your attention on developing the inner qualities women are instinctively looking for in a man, then you’re choosing to become a man who has what it takes to enjoy unlimited success with women…regardless of your height.

How to Talk to Girls at Parties: Mistakes to Avoid

How to Pick Up Women at a Park