Why Are Beautiful Women So Mean?

Attractive women often act cold and uninterested towards guys because they don’t want nervous guys to feel comfortable about approaching them.

If a woman is attractive, most of the guys who see her will be willing to have sex with her, simply based on her appearance. Yet, that’s not fun for her. She wants to meet a guy who makes her feel attracted and who deserves to be with her. 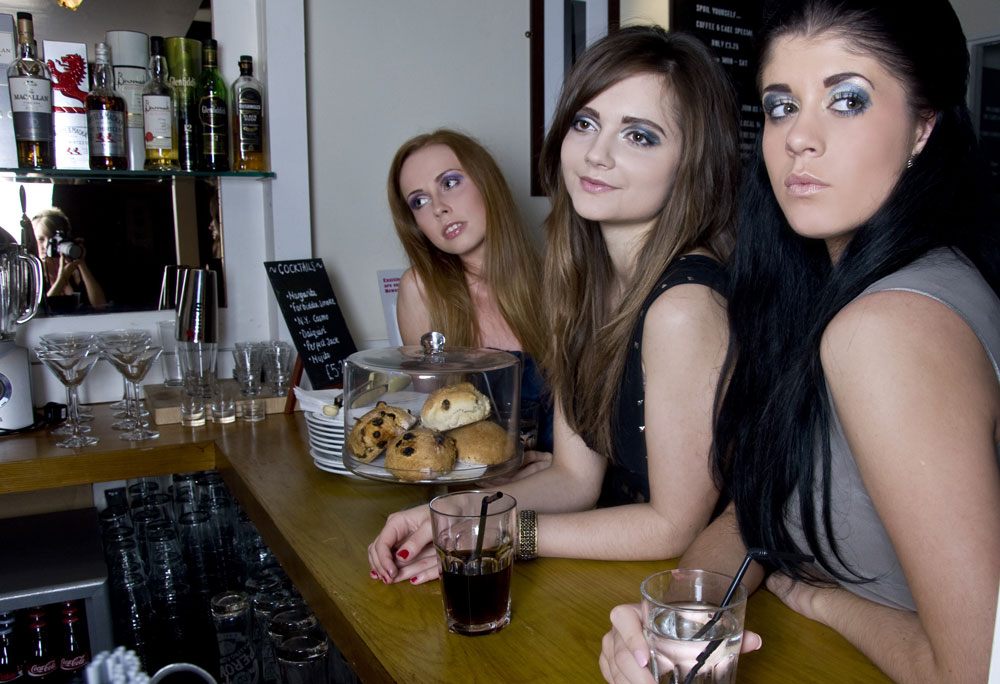 So, she will often play hard to get and appear to be cold and mean when a guy initially starts to talk to her. She does that to find out which guys are confident and which are nervous. Why? Women feel an intense attraction to a guy’s confidence and they feel intensely turned off by nervousness, self-doubt and insecurity.

To find a guy who makes her feel a sufficient amount of attraction, she needs to make sure that only the most confident of guys feel comfortable approaching her or stick around long enough to get to know her.

She knows that nervous, insecure and self-doubting guys will give up and leave after 30 seconds of conversation unless she shows obvious interest.

Beautiful Women Want a Guy Who is a Challenge

Would you have sex with any (or all) of the women in the photo above?

If a woman is attractive, pretty much every guy is willing to bang her at least once. Beautiful women know that it is extremely easy for them to attract a man for sex, or even a relationship.

After a while, a woman gets bored of having so much pussy power over guys and starts wishing that she could meet a guy who is more of a challenge…

Most Beautiful Women Are Nice, Friendly and Easy-Going

Most beautiful women are very nice, friendly and easy-going, but they only show that side of themselves to guys who make them feel attracted and pass their initial tests.

The majority of guys rarely get to see that side of beautiful women, so they often wonder, “Why are beautiful women so mean?” The answer is simple: Beautiful women who appear cold, mean or uninterested are simply screening out the guys who lack confidence, so they can find a guy who is emotionally strong enough to handle them.

If you approach a beautiful woman and she doesn’t contribute much to the conversation initially, don’t panic. Understand that in almost all cases, she is simply testing to see whether you will lose confidence in yourself and leave.

If you can remain confident, relaxed and continue on without worrying, she will be impressed. However, she won’t fully open up to you and show you her friendly, easy-going side unless you are actively triggering her feelings of sexual attraction.

Just Because She’s Beautiful, it Doesn’t Mean She is Confident

Most beautiful women feel insecure about their physical appearance, even if they act like they are perfect.

Why do women think that way?

A beautiful woman knows that she doesn’t look as appealing without make up.

She knows that with make up, she looks at least one or two points hotter. She knows that she’s using a trick to make guys see that she is much more beautiful than she normally is.

As she goes through her life, she will be bombarded with advertising images from the media that show perfectly Photoshopped models. The women in the advertisements have perfect skin, are in perfect shape and look amazing.

Yet, when she looks at herself, she sees pimples and blemishes, scars, dry skin, oily skin, frazzled hair and imperfect make up. She knows that she’s not perfect, but most guys don’t.

The majority of guys in this world look at beautiful women as being much more attractive than them. They feel an intense attraction to the woman’s physical appearance, but notice that women don’t feel that way about their appearance.

Women are more attracted to things about a man that cannot be seen. Yes, women can feel attracted to a man’s physical appearance, but the most powerful ways to attract a woman are based on what you say and do around her.

For example: Does your conversation turn her on or turn her off? Does she feel excited and aroused by interacting with you, or does she feel bored or awkward? That is what really counts to a woman.

Why Are Attractive Women So Mean?

As you may have realized by now, they’re not mean; they are simply testing you.

Hot women are in demand and they have to reject guys who are unable to make them feel attracted. If you can’t handle her initial tests, a beautiful woman will rarely open up and show you her more friendly, easy-going side.

Some beautiful women are more friendly and open than others, but that doesn’t mean they will sleep with every guy they talk to. To be able to have sex with a beautiful woman or get a hot girl to be your girlfriend, you must first make sure that you make her feel attracted to you.

The more attraction that you make her feel when you interact with her, the more she will open up to you. Sometimes that happens within seconds to minutes and other times, it takes a couple of hours. Once you know how to do it, you will realize that most guys give up when talking to attractive women and then try to get unattractive or average women instead.

When you are one of the rare guys who knows how to attract and pick up beautiful women, you will realize that there is hardly any competition. Most guys have no clue how to pick up hotties, so when you approach an attractive woman and get her to drop her guard and open up, you will be surprised at how easy it is to pick her up…

How to Please a Woman in Bed

How to Get a Girl’s Number in a Bar