Get Your Ex Back Now

If you want to get your ex back now, you need to show her that you are the guy that she really wants to be with.

How can you do that? You need to begin sparking her feelings of respect and attraction for you.

To make her feel attracted to you again, you can focus on being confident and making her laugh and feel light-hearted whenever she interacts with you. 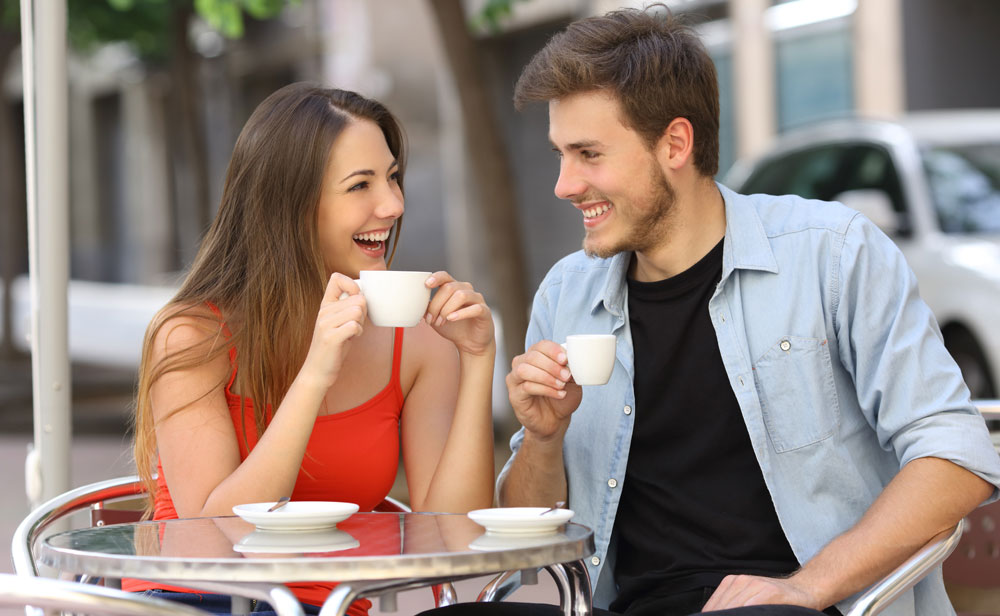 A lot of guys make the mistake of being too serious, concerned or nice when interacting with an ex. You’ve got to make sure that you’re triggering her feelings of attraction and using humor to make the dynamic between you feel more enjoyable and positive, is one of the ways that you can achieve that.

Don’t take what she says so seriously. Try to put a positive spin on things, make her laugh by making light of what she is saying and get her to see the brighter side of life. When she is smiling and feeling good, she is feeling attracted to you.

To make her feel respect for you again, you need to begin to truly change the things about you that really caused her to break up with you.

Often, a guy will get dumped by a woman because he hasn’t been enough of a man for her, so he needs to show her (via his body language, actions, vibe, conversation style and attitude) that he has already changed and become more of a man.

As you will discover from the video above, if your want to get your ex back now, you need to focus on making her feel the type of respect and attraction that she needs to feel to justify giving you another chance.

Are You and Her Now Finished Forever?

When a woman initially dumps a guy, it feels so permanent, but it isn’t.

Human emotions change all the time and you can actually make her change the way she feels by changing how you talk to her and how she perceives you. I’ve already helped hundreds of of guys get back with their ex-girlfriend, fiance or wife…it’s actually pretty easy.

You can get your ex back now as well, but you have to do it right and the right way to do it is to make her feel the emotions that will cause her to suddenly want to see you and be with you. That is something that I am ready to help you with right now.

Unfortunately, the majority of guys who ask me for advice on how to get an ex back have already tried and failed because they are either:

Whatever the case for you, just make sure that from this moment onwards, you do it right.

If you keep ruining her feelings for you and driving her further away, it will make it difficult for you to get her back later. Not impossible, but difficult.

Remember: There is always a chance to get your ex back, if you do it right. One of the quickest ways to learn how to do it right is to learn from the mistakes made by those who do it wrong.

A common reaction from guys is to beg and plead to a woman to give them another chance.

Desperation makes a guy appear weak and insecure and that state of being in a man is unattractive to a woman. She literally stops feeling sexual attraction for the guy and the more he does it, the more respect she begins to lose for him. Eventually, she closes off the side of her that loved him and makes it unavailable to him.

A woman wants to feel like her man loves her and wants her in his life, but he would be happy with or without her.

A guy like that will accept the break up, go and fix his issues (e.g. insecurity) and improve himself (i.e. improve his ability to make her feel attracted to him) and then arrange to meet up with her so she can feel a renewed sense of respect and attraction for him.

However, when a guy falls into the trap of begging by saying things like, “I’ll do anything. Just tell me what it is you want and I’ll do it. I promise I can change,” then he’s not only making himself out to be an emotional wimp in his ex’s eyes, he’s also highlighting the fact that he doesn’t know what mistakes he made.

Why is this important? A woman doesn’t want to have to teach you how to be a man. She wants you to know what to do, instead of her feeling as though she has to “mother you” or “baby you” through the process.

She knows that unless you know what went wrong in your relationship, you’ll likely just keeping making the same mistakes and annoying her even further.

You can promise her the world to her, but it won’t mean anything to her because she doesn’t want to share her world with you if you don’t understand her and how to be the man she needs.

To get your ex back now, you need to be an emotionally and mentally strong man who is secure in who you are and what you’ve got to offer her. You need to be a man who knows what women want, without them having to spell it out for you.

Women don’t want to be your leader, your boss or your guide in life. If you need help and mentoring from other men, then get it, but don’t ever ask a woman to be your mentor. She does not want to take on that role.

Don’t Put Her On a Pedestal

Some guys get so caught up in the painful emotions of being rejected and broken up with that they begin to glorify the woman breaking up with them. A guy will say, “There’s no other woman that can compare to you” or, “Without you in my life, life is not worth living.”

Guys who do this make the mistake of thinking that proclaiming undying love for her and putting her on a pedestal will somehow flatter her into wanting him back. It won’t! In fact, it will have the opposite effect. Why?

Women are not flattered when you glorify them by putting them on a pedestal above you. Using that approach will effectively throw a bucket of cold water over any residual feelings she had for you because it shows you to be a completely weak, insecure and desperate guy who has nothing going for him.

If your life is so empty and meaningless without her, you’re not the confident, masculine man she wants. She wants to be with a man who knows how to make her feel like a woman; being insecure and needy will not make her feel the way she wants to feel.

To get your ex back now, you need to use attraction techniques to make her feel sexually attracted to you again. When you use those techniques on her, she will know that you can make other women feel that way and she will worry about another girl taking her from you.

However, if she gets the impression that you want to get her back because you can’t attract other woman, it will make her want to be away from you even more.

Women (especially those in a position of breaking up with a guy), do not want to feel as though they are doing the guy a favor by being with him. A woman wants to be in a relationship with a man who make her feel attraction and whom she respects.

You’ve got to make her feel that way about you.

It’s the only real, proven way to get an ex back and I’ve already helped hundreds of guys to get their ex back that way via my program, Get Your Ex Back: Super System

Don’t Brag and Try to Make Her Jealous

Intentionally bragging about being with other women (or having other women interested in you) in a deliberate attempt to make your ex jealous is an approach that’s going to backfire, if you’ve actually been sitting alone at home feeling sorry for yourself.

Putting on any kind of act and pretending to be something you’re not is never a good move because women are experts at reading body language and she’s going to know you’re faking it. If she can’t tell by your body language, she will ask you to show text messages from the woman or might even say, “Fine. Be with her!” and then stick to that to see what you do.

One of the golden rules that we teach here at The Modern Man, is that you never need to lie to a woman. There is so much power in honesty and so much potential weakness in lying to someone.

Of course, if you really have been out socializing with other women and other women are showing an interest in you, she’s certainly going to begin questioning whether she made a mistake when she let you go.

It has to be real though. You can’t lie about hooking up with other women and think that it will get her back. If she finds out that you were lying, she will break up with you for good.

To get your ex back now, you need to show her that you’ve learned from the experience of being dumped and that you’ve already taken action to become a better man. Telling her that you will change usually isn’t enough for most women. Instead, they want to see that you already have changed.

Are you willing to do whatever it takes to get your ex back now?

How to Win Back the Love of Your Life

Why Do Most Rebound Relationships Fail?