Online Friends: How Many Friends Do You Really Have?

These days, most people have upwards of 150 online friends, while some people have thousands.

Yet, you still feel lonely and isolated.

Almost all of your free time is spent alone. You rarely get invited to parties and no matter how much you comment or click like on your friend’s social media posts, you still spend most of your time alone.

It’s like your real social life would almost be exactly the same with or without Facebook. You have an “online social life,” but is that what you really want?

How many of the people that you’re connected to online truly care about you? Who are your real friends and are you actually spending enough quality time with them?

Unlike the small talk, chit-chat that you might have with an acquaintance (e.g. “How’s things?” or “Having a good day?”), conversations with true friends are often about things that really matter to each of you.

With a true friend, it doesn’t how much you or they change throughout life, you always still manage to share the same great connection with each other that you did in the old days.

You can share your happiness, disappointments, tragedies and triumphs with your true friends. They’ll tell you the truths about yourself that they think you need to hear, even if they know you won’t like hearing it. They will stand by you when life throws you a curve ball and will cheer for you when great things come your way.

True friends are loyal and trustworthy. You can share your most intimate secrets with them and know they’ll never reveal anything that you’ve told them in confidence.

Most people that you “know” in your life are really just acquaintances that you are “friends” with because you have to. An acquaintance can be a friend of a friend, a coworker, someone at a club or organization that you belong to or your neighbor.

You may occasionally be at a social function (e.g. drinks, dinner, party) with an acquaintance, do favors for each other such as taking care of pets when someone’s away, help out with a minor problem or be there for them in a real emergency.

Yet, because they are not a true friend, your association with them is casual and your conversations are mostly superficial (e.g. “How’ve you been?” or “How’s the cat?”).

With an acquaintance, you usually wouldn’t have deep and meaningful discussions or discuss private things about your life. To become true friends, both of you would have to want to commit to a more real friendship by sharing more about yourselves with each other. 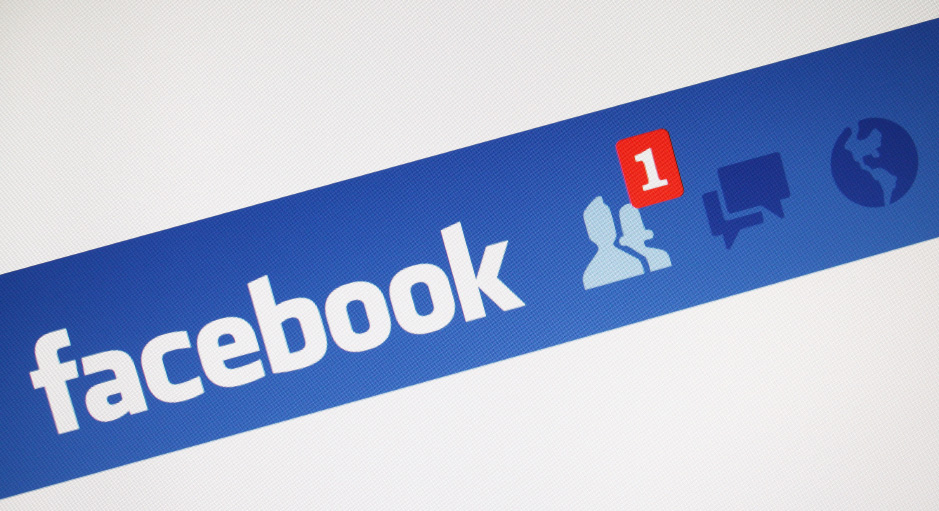 We can also chat to random people on forums, hobby sites and chat sites or apps.

Yet, despite knowing a lot of people online, you really aren’t friends with someone until you’ve spent time together in real life and have the desire to spend even more time together. It may seem cool that someone online replied to your comment with “LOL! So funny,” but it doesn’t mean that they really laughed out loud or that they’d find you funny in real life.

These days, online friends also can be people that you’ve reconnected with from your past, or a mutual friend of someone that you know who asks to be connected with you on some social networking site.

It may feel like your social circle is growing, but unless you meet these people in real life to share experiences together and create positive memories that cause you to want to spend more time together, they are only an “unfriend” click away from not being in your life anymore. 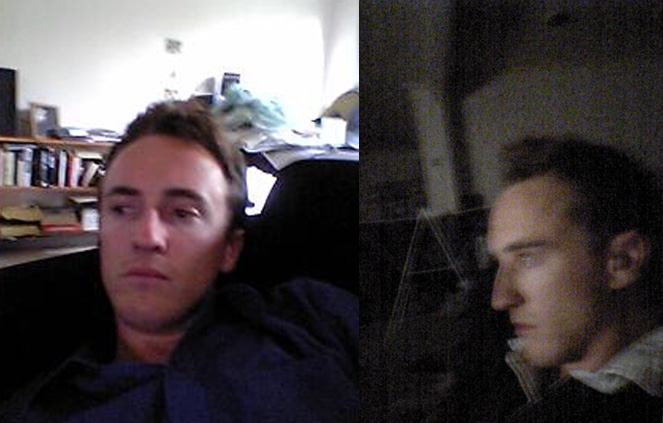 As a man, the secret to making more friends is to be the guy that women feel attracted to and men look up to and respect.

I remember back when I was single, lonely and when I only had one true friend in my life. I was and still am the good guy that I am today, but back then, pretty much no-one was interested in being my friend.

I didn’t have a clue about how to attract women, so I would be nervous around attractive women in social situations. Sometimes, I would secretly wish that I could hook up with my friend’s girlfriends because at least they seemed interested in me.

My lack of ability with women made me come across in a subtly needy, insecure way, which not only turned women off, but it also made me feel uncomfortable around the “cool crowd.”

I had no idea what women are really attracted to, so I basically tried everything from wearing expensive fashions, working out at the gym and going to tanning salons.

Yet, no matter what I tried, women just weren’t interested in me…and my lack of success with women was OBVIOUS. I was always the single guy at a party, my family would always ask me, “Dan…why don’t you have a girlfriend?” or “Do you have a girlfriend yet?” at Christmas or other functions. 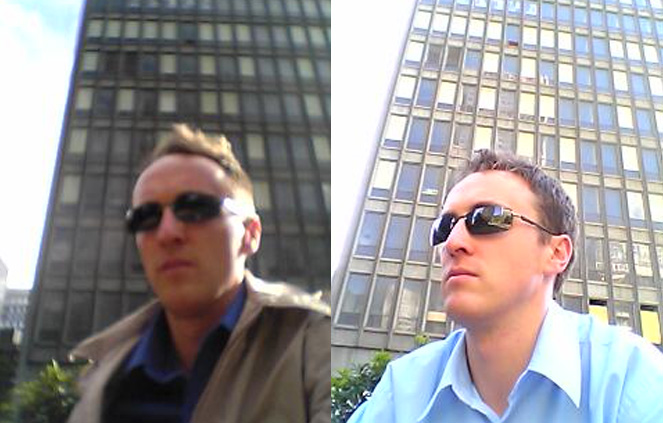 At work, some people talked behind my back and a couple of women even asked me if I was gay. I remember one time, a female coworker said to me when she was a bit tipsy at a work function, “So, Dan – why don’t you have a girlfriend? Are you into girls, or?”

I was shocked. Being accused of being gay is basically the worst thing that a straight guy can ever be accused of. .

I assured her that I wanted a girlfriend, but just hadn’t found the right girl yet, which was bullshit. The real reason I didn’t have a girlfriend was that I was like a lot of modern men who had no idea how to actually attract women. I was doing all the stupid stuff like buying expensive clothes and shoes and hoping that women would like me for that.

My coworker then said in an almost condescending way, “Oh, never mind, Dan…you’re a nice guy. You’ll find the right girl one day.”

I thought that she might be right. I thought maybe I just hadn’t found the right girl. Maybe that was it. Yet, what I didn’t know back then was that being a nice guy wasn’t good enough. Why?

Watch the video below to understand why…

Have you ever noticed that when a guy doesn’t know how to attract women, he has a strange vibe to his personality?

He seems awkward. He’s often “all up in his head” rather than being present in the moment and being his true self. He tries hard to impress women and people that he meets, but something is off. Something isn’t quite right.

Not only can you sense that, but others can do. Pretty much everyone picks up on it when a guy doesn’t actually understand what women are really attracted to. The difference between his vibe and the vibe of another guy who understands how to attract women is subtle, but you can still notice it.

Being a guy who doesn’t know how to attract women (and having that strange, weird or awkward vibe as a result) isn’t type of personality in a guy isn’t something that leads to a lot of people wanting to be your friend.

Women can smell the guy’s desperation a mile away and the confident, cool guys also don’t want him hanging around trying to hit on their girlfriends or get the leftovers from women they don’t want.

As a guy, you have to know how to attract women. If you don’t actually understand what women are REALLY attracted to, it affects pretty much every other part of your life. It makes you think, behave and act in a weird way around women that you find attractive.

That success then lead to me becoming more confident with women rather than needy and secretly desperate, which allowed me to have more female friends because they weren’t worried about me trying to pick them up. To this day, women immediately get the sense that I’m not trying to pick them up and that draws them to me.

Since a woman will feel attracted to what I’m saying and doing around her and will then notice that I’m not even trying to pick her up, this leads her to see me as a challenge to overcome. As a result, she starts making it obvious that she likes me and then I simply kiss her or have sex with her.

When I discovered how to attract women, I not only began having sex with lots of new women, but I also attracted a lot of female friends. What followed that? Loads of guys wanting to be my friend to hopefully get some of the scraps that I didn’t want.

All of a sudden, I was getting invited to parties and arriving with a woman that I was having sex with or some of my female friends. Whatever happened, I would always end up having sex or at least kissing a new woman.

It’s been like that for me for many years now, which is one of the main reasons why I have too many real life friends now. I literally don’t even call people anymore because people are always calling me.

If you are a guy who is looking to make more friends, don’t try to make friends by kissing people’s ass. You are most-likely already a good guy like me, so being any more of a good guy than you already are (e.g. doing more favors for people, being nicer, listening more, etc) isn’t going to make people respect you more and want to invite you to parties.

How to Survive a Breakup and Emerge a Better Man

10 Toxic Friends That Will Bring You Down