Alpha male (noun): A man who takes on a leadership role in any area of life that he wants to.

Leader (noun): A person who guides or directs others.

Many guy confuse the meaning of a human alpha male with an animal alpha male, which then causes them to feel turned off by the idea of being an alpha male.

For example: Being an alpha male in the animal kingdom often means that you would need to kill competing animals or be extremely dominant over a pack to be regarded as the alpha.

However, being a human alpha male doesn’t require violence and extreme dominance over a pack of people. 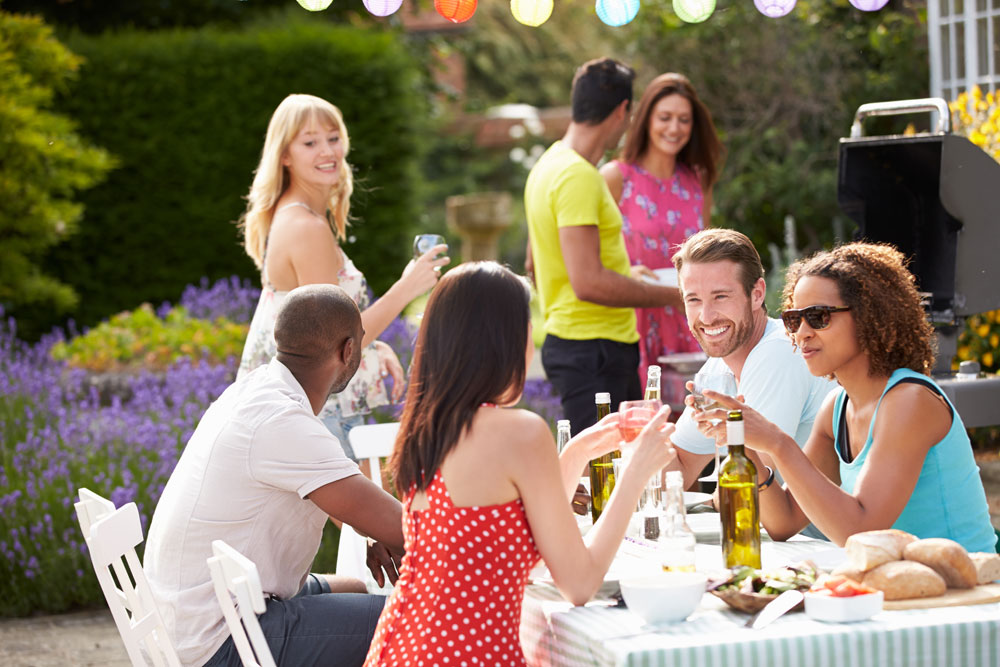 Instead, the meaning of being an alpha male as a human being is to simply take on the role of being a leader in any or all areas of your life that you want to.

You don’t have to be the one and only leader because with human groups, there can be several leaders who temporarily take the lead at different times.

For example: Amongst a group of 10 male friends, there might be 3 alpha males who are all alpha in their own right, but they don’t need to compete to be the main alpha of a group, because they are not tied to that group like a pack of animals in the wild.

Friends will get together and hang out, but they will also have other groups that they are a part of (e.g. work, family, other friends), so they don’t need to fight, compete and kill other alpha males to be the leader of a group.

Leading By Choice, Whenever You Want to

A human alpha male doesn’t need to lead every group that he is a part of in life.

For example: Although a guy might be an alpha male at work, he might not want to or need to take on the role of being an alpha male with his parents and siblings.

His father or older brother might be doing a great job as the alpha male of the family already, so he just relaxes and lets them take the lead.

His reason for not trying to take on the alpha male role might be that he is too busy with his career, business or his own family (e.g. wife and kids) to have enough
time and energy to lead his parents and siblings.

He might also not have a very close relationship with his family, so he won’t want to take on the alpha male role because he doesn’t want involved with them too much.

As you can see, there is a clear difference between being a human alpha male and an animal alpha male.

For example: An alpha male wolf is the leader of ONE pack and he needs to be aggressive to maintain control of that pack.

An alpha male lion needs to go into another alpha male’s territory and fight him into submission or even kill him, so he can then be the alpha male.

Yet, a human alpha male does not need to be aggressive or kill other alpha males to be considered “top dog” or an alpha male.

A human alpha male can also decide WHEN he wants to be the alpha in particular areas of his life (e.g. with his woman, at work, amongst friends or with family).

To be an alpha male, you just need to remember that you have the choice to take on a leadership role in any area of life that you want.

If you approach life in that way, you will become more of an alpha male every day from now on and people will respect you more and women will feel increasingly attracted to you.

Another common misconception about the alpha male meaning is about winning.

Many guys mistakenly assume that an alpha male needs to win at everything, including trivial competitions amongst friends or coworkers.

A true alpha male knows that he is the alpha regardless of whether he wins at something or not.

With this mindset, a true alpha male will feel confident and alpha regardless of who is speaking to (e.g. a president of a country, a boss at work).

If he is a good guy alpha male, he will be respectful and get along with anyone he wants to, without feeling the need to compete with them, bring them down or win at anything to prove that he is the alpha male.

He just knows it.

Knowing that you are the alpha male no matter what is most important parts of being a human alpha male.

You don’t have go around showing it, proving it or trying to compete to have it. You already have it.

You are an alpha male because you said so and that’s the end of the story.

Everyone else just has to accept it because you have made the decision to take on that leadership role and therefore you have the qualities of an alpha male.

A lot of guys who are afraid to be an alpha male in this life, are put off by the mistaken belief that being an alpha male means being a bad boy, jerk or asshole.

So, to clear up any confusion, let me just explain the difference between a good guy alpha male and a bad boy alpha male.

Good guy alpha males are confident, assertive and emotionally strong while also being trustworthy, loving, helpful and considerate of others.

If you think about the good men who you look up to and respect in this world, you will find that they are good guy alpha males.

These men will be good guy (e.g. honest, respectful, caring, loving, considerate), but they will also be very confident, assertive, emotionally strong and driven to make a difference in this world or succeed at whatever they are trying to achieve in life.

If you can’t think of any good guy alpha males, here are few celebrity examples:

Where a lot of guys go wrong when it comes to the alpha male meaning is that they only focus on the bad boy alpha males who they don’t want to be like at all.

Many confused nice guys assume that alpha male means bad, selfish, mean, manipulative and aggressive, so they try to distance themselves from being alpha because they just want to be a nice guy.

For example: A nice guy might think, “I don’t want to be a jerk, boss people around and be an asshole! I’m a nice guy and I just want people to like me for being nice.”

If a guy just wants to be nice and he thinks it is wrong to be assertive, confident and driven, then he can live that way if he wants to, but he will suffer negative consequences throughout life.

It is a fundamental rule of nature that alpha males usually get the hottest women, are respected by others, promoted more and are more successful in pretty much all areas of life.

A self-doubting nice guy can be successful in life, but he will suffer a life of rejection, bad treatment, nervousness and anxiety, depression and even loneliness as a result of not standing up and being a good guy alpha male.

He might think to himself, “This world sucks! I am a nice guy and people treat me like shit! Why can’t they see that I am a good guy with good intentions?” because he doesn’t realize how nature works.

However, where a lot of guys get confused (and even angry) over this topic is assuming that they need to go from being a nice guy to being a bad boy to get all the rewards of being an alpha male.

Yet, that is NOT how it works.

A self-doubting nice guy simply needs to start being more confident, assertive and ballsy like a good guy alpha male is.

Being a good guy alpha male is the best type of approach to take as a man in life, because you don’t get into trouble, people respect you, people want to be your friend, women are attracted to you, women don’t want to leave you, you get promoted at work or do better in business and life is much easier to live as a result.

However, if you live life as a nice guy, you might be disrespected or picked on by mean-spirited people, overlooked for promotions and rejected by women.

Living life as a bad boy means that a guy might get himself into trouble, be hated by many people, get fired from work, end up jail or even get beaten up or killed.

Being a good guy alpha male is the easiest, most effective way to live your life as a man, especially if you are already a good guy to start with.

So, if you are searching for the alpha male meaning and you want to become an alpha male, the place that you need to start is to believe that you deserve to take on the lead in any area of your life that you want to.

The more comfortable you get with taking on the lead, the more alpha that you will become.

The more alpha you become, the more that people will respect you and women will feel attracted to you and want to be with you.

How to Get Over an Ex-Girlfriend: 5 Steps

3 Tips on How to Make Friends With Girls