If a guy is a true alpha male, then no woman will ever make him feel intimidated no matter how alpha she is.

For example: It won’t matter if the woman is as tough as Ronda Rousey from the UFC; a true alpha male would still see her as a girl compared to him.

Yet, that doesn’t mean that his first choice of woman will be a tough, alpha female. In most cases, masculine alpha males will be more attracted to very feminine alpha females or fairly confident, but feminine females.

Why is that? Alpha males are masculine in their thinking, behavior and vibe and as such, they tend to be more naturally attracted to who display their polar opposite. As long as the alpha female still retains her feminine sexiness, behavior and vibe, she will be attractive to the alpha male.

However, if she thinks, behaves and essentially feels more like a man than a woman, then a masculine man won’t find her sexually attractive. This is why almost all men don’t find butch, masculine lesbian women attractive.

For example: Which of these two groups of women would you prefer? 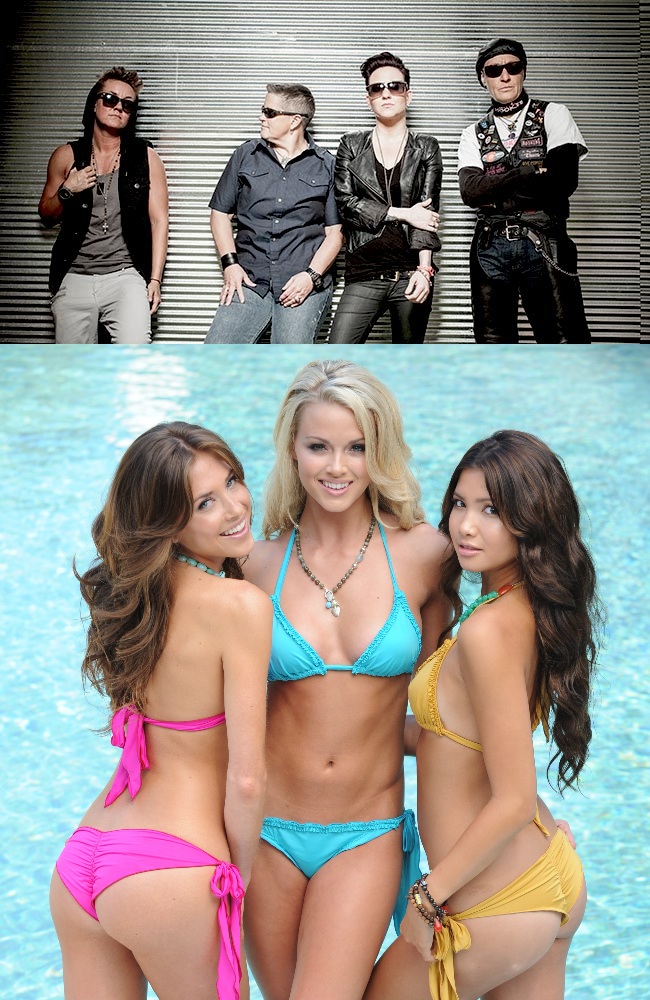 Are you more attracted to the butch lesbians who behave like men or the feminine women?

Human sexual attraction is always based on one of the people being masculine and the other being feminine. The more masculine you are in your thinking, behavior, vibe and actions, the more naturally attractive you will be to women.

If both people are equally masculine or feminine, it will be impossible to maintain their sexual attraction for each other. They might like each other as friends or respect each other as people, but the sexual charge that comes from the disctict polarity between masculine and feminine will be missing.

As a man, you have the ability to make women feel intense attraction for you, but you have to be willing to express your masculine side. The more you hide it, the less attractive you will be to women.

What is an Alpha Male?

An alpha male is essentially a guy who isn’t intimidated by anything or anyone. He knows what he wants and goes after it with confidence.

It’s not about being aggressive and pushing people out of the way to get what you want – that’s called being a bad boy or a jerk. The best type of alpha males are the good guy alpha males who have the confidence and masculinity to go after what they want, but also make sure that they are friendly, considerate and respectful towards others along the way.

Amongst many animal species, the top male of the pack usually gets to mate with the majority of the females. The females want his superior genes to be passed on to his offspring who will hopefully continue strengthening the species and thereby ensure its continued survival.

Things aren’t quite so simple in the human world, but alpha males have qualities that mark them out as “strong” guys who have what it takes to be better survivors than guys who lack their confidence and masculine intelligence.

The qualities of a modern-day alpha male are confidence, masculinity, and social intelligence, and it’s these very qualities that modern women find extremely sexually attractive in a man so in this sense being an alpha male does still give a guy his pick of women in the pack.

However, unlike the top dogs in the animal world, a true alpha male in the human world doesn’t have to “fight” for his position at the head of the pack and he doesn’t have to beat other males down to demonstrate his superiority, he demonstrates his alpha status through his inner confidence and through the way he handles himself around other people and in life.

What is an Alpha Female?

An alpha female is essentially a woman who can take charge and lead the way with men and women. Being alpha doesn’t automatically mean that she won’t be feminine, but in most cases, alpha females tend to be a bit more manly, have tomboy traits and like to be “one of the guys.”

It could be argued that true alpha females are few and far between because it’s human nature for women to be caring, nurturing creatures rather than “top dog” leaders. Yet, in today’s world, many women are challenging men to become stronger by taking on traditionally masculine positions in society. This has seemed to create an abundance of alpha females.

An alpha male needs to be able to stand his ground and to have courage in his convictions, no matter how much this means going against the grain, so an alpha female must have equal ability and that’s where the problem lies.

Women are innately programmed to look after others and the bottom line is that women like to be liked – going against the grain is something they instinctively try hard to avoid.

However, modern women are much more independent than women of previous generations and they know that getting ahead in their careers often means having to play down their femininity and adopting a more masculine persona.

This, for many women, leads to being more “manly” in everyday life and behaving in a more masculine way in order to hold their own against workplace competitors – both male and female. But, there are also alpha females who use their sexuality to their advantage in their careers and they have developed their own brand of flirtatious “girl power” to get ahead.

Can Alpha Male and Alpha Female Get Together?

Relationship research has concluded that while it is possible for an alpha male and alpha female relationship to begin, it’s unlikely to survive for life. Of course, there are always exceptions and an alpha male with a feminine alpha female can be a great match, but most alpha males are not attracted to alpha females who adopt a masculine attitude and approach to life.

It takes an ideal relationship dynamic to maintain a relationship for life, especially in today’s world where break ups are common and people get divorced like they are changing outfits. The ideal dynamic is created when there are distinct masculine/feminine roles in a relationship.

That doesn’t people should return to the 1950s attitude of men being the breadwinners and women staying at home to be perfect housewives and mothers, but that a man needs to know how to be a man in a relationship in order for a woman to feel like a woman because that’s ultimately what makes a relationship work.

The more masculine a guy is in his thinking, behavior, vibe and actions, the more free a woman feels to be feminine in the way she thinks, behaves and acts. The more feminine you allow a woman to feel around you, the more she feels like a real woman.

Getting the Dynamic Right

Women are instinctively attracted to alpha males because they have qualities that make them stand out as men who know who they are and what they’re about in life. They have genuine self-confidence and a purposeful presence about them that women can sense on a deep and virtually primal level.

This makes them men that women recognize as modern-day providers and protectors, which in turn makes them men who have what it takes to make a woman feel like a woman – and this is ultimately what all women want.

The more independent a woman is and the more she feels the need to supress her natural femininity in her career, the more she longs to find a “real man” who has the emotional and mental strength needed to naturally take the lead in a relationship.

In the privacy or her relationship, she needs to be able to relax and let her guard down, allowing herself to become the feminine, “real woman” that she longs to be. The more feminine she feels, the more she will want to cook, clean and dress up in sexy ways to impress her masculine man.

She won’t go around admitting that to others and may even pretend to complain that she has to do all the housework, but she will secretly love how womanly she feels…even if she is embarrassed to admit it to others.

Recent research has proven that divorce rates are higher among couples who share domestic responsibilities in the home compared to those who keep to more traditional male and female roles.

Scientists believe that sharing what would once have been seen as “men’s work” or “women’s work” leads to greater friction in a relationship and results in a weakened sexual bond with both parties effectively becoming half man and half woman.

If you want the sexual charge to remain between you and a woman, you have to make sure that you maintain a clear masculine and feminine divide between you. Blur the lines too much and your desire to have sex with each other will gradually fade away.

Being the Alpha Male

Here at The Modern Man, we teach guys how to develop the type of good guy alpha male qualities that make them irresistibly attractive to women.

It’s not about being a bad boy, jerk, asshole, bossy guy or prick. Instead, it’s about being the good guy that you are, but simply being stronger, more assertive, more masculine and most importantly, more successful with women…

How to Arouse a Woman With Words