Women know that the most attractive thing about them is their physical appearance, so they want to be appreciated for it.

However, women don’t like it when guys look at them and:

Perving on women from behind and then nervously trying to hide it when they notice is usually labeled as creepy behavior by women. 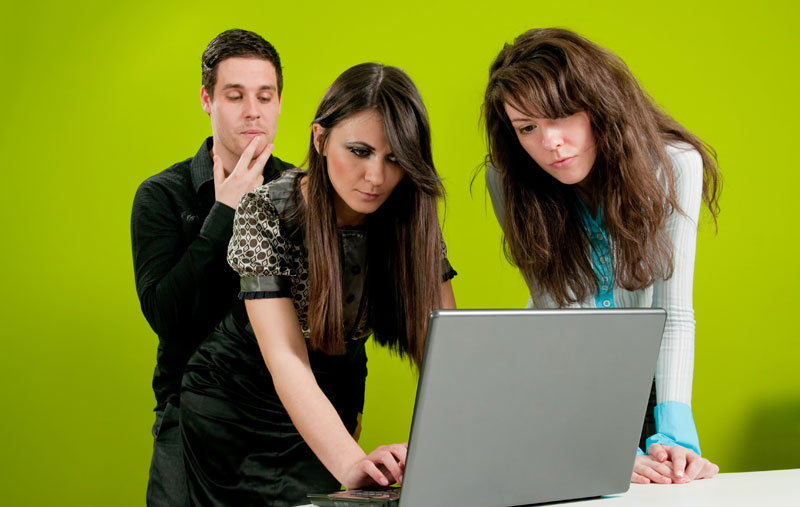 Women want you to be relaxed and honest about your attraction for them, rather than thinking that it’s a sin and you should be ashamed of yourself for feeling the natural human emotion of attraction.

Women like it when they are looked at by a confident guy who loves and appreciates her for who she is, but doesn’t get all weird about it.

Essentially, you just look at her in a calm, confident way and love and accept her for who she is. You feel welcome to look at her because you too are an attractive guy.

Don’t think that you are attractive enough for a beautiful woman? Think again.

As you will discover from the video above, you have a lot of direct control over how much or little attraction that women feel for you.

Women don’t really care about looks as much as we men do, so you need to use that to your advantage.

For example: If you approach and talk to a woman, you can make her feel attracted to your confidence, charisma, charm, humor and masculine vibe.

When she feels attracted to you based on that, you can then increase her attraction by being a bit of a challenge to win over.

As you will discover from the video above, most guys are unwilling to offer a woman any sort of challenge because they want her simply based on her looks.

Yet, that is boring for her.

If she is attractive, then pretty much every guy wants to have sex with her, at least once.

She wants a bit more of a challenge, so she can feel as though she is scoring herself a quality guy, rather than just letting one of the billions of guys who want to have sex with her the chance to stick it to her.

Stunned By Your Feelings of Attraction 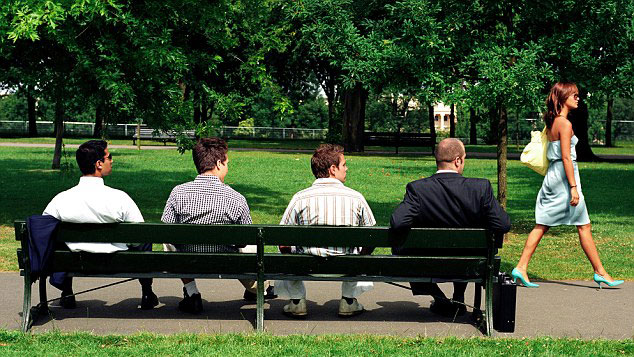 If we were to reveal the Achilles Heel of every man, it would definitely be a beautiful woman.

When a beautiful woman walks into a room, it is her intention to get the attention of every guy there.

Women know that their physical appearance is the most attractive thing to us men and that with the sway of their hips, a pout of their lips and a flick of their hair, they can make a man forget his own name (well not really, but you know what I mean).

The multi-billion dollar beauty and make-up, fashion, weight loss, jewellery, hair product and perfume industries thrive because women primp and preen themselves to be more beautiful so that they can be looked at, by men.

Why else would they do it?

Young teenage girls do it, married women do it, grandmas do it, women in the military do it and women working in rice paddies do it.

No matter which culture you look at anywhere in the world; there are women making themselves look beautiful; once again, to be looked at by men.

Not just their own husbands, boyfriends or partners either; they like to be looked at by just about any guy.

Yet, in the movies and on TV you will often see women reacting badly to being looked at. Why? Because it’s entertaining for the audience and it panders to the wide variety of audiences who will watch the show.

It is a popular form of humor because it hits so close to the truth; that women are looked at by guys all the time.

It’s true to say that women don’t like being jeered or harassed, but they do like it when a guy appreciates their beauty in a relaxed, easy-going and non-threatening way.

Leering, crude comments and wolf whistles are not appreciated, but looking and appreciating her efforts definitely is.

We men look at women and that is totally natural and normal because it is how we decide whether or not a woman is worth investing any time into. How else will a guy know if he finds a woman appealing?

On the other hand, most women (not all) rarely look at a guy and think, “I would have sex with him and get into a relationship with him purely based on his appearance.”

There are times when a woman is being playful about looking at guys when she’s hanging out with her girlfriends or after having a few drinks, but you will rarely see a woman check out a guy like a guy would check out a girl.

Ultimately we should always remember that women and men are different in many ways; from our emotional make up, to how we attract and interact with the opposite sex.

For us men, we decide whether or not we’d have sex with a woman in a fraction of a second.

We can literally undress a woman with our eyes and think, “Yep, I’d tap that.” 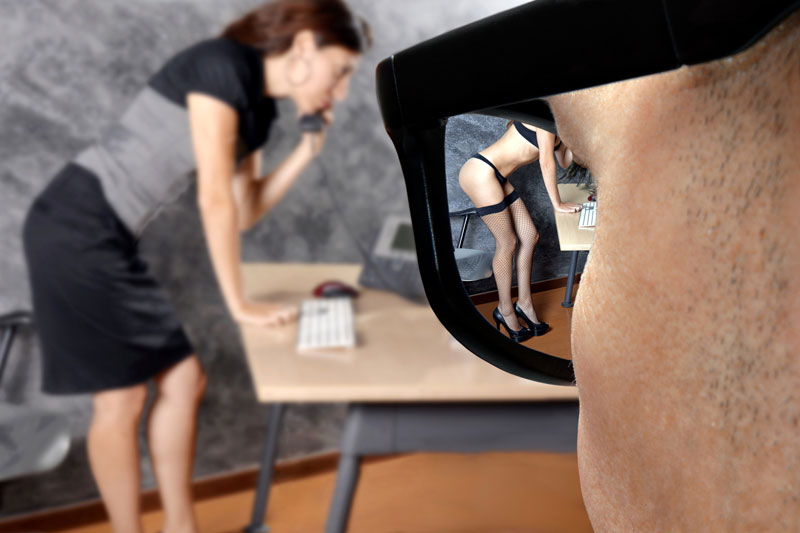 A woman, however, needs to interact with the guy, talk to him and engage in meaningful conversation, so that she can find out whether or not he’s confident, masculine (in his thinking, behavior and actions), socially intelligent, and to see if she feels any sexual attraction for him.

Women use a different set of criteria to judge a guy from a distance, than a guy would use to judge them.

Just as guys look at a woman’s physical beauty, a woman will look at the way he approaches her, how he interacts with her and how he treats her when they are alone and in front of others.

Women need more information about a guy before she will decide whether she finds him attractive or not.

If a woman was to base her attraction on mere looks, then she would simply go for the best looking, biggest or the strongest guy, and this is obviously not the case; how else would you explain all the ordinary looking guys who have hot girlfriends?

This is why women are attracted to guys who behave like real men.

Real men are not necessarily the good looking guys, but they are definitely the guys with the most self confidence, a healthy self esteem and are forward thinkers who know what they want from life and are doing everything in their power to get it.

Women like to be looked at by guys who display real man qualities because this makes them feel wanted and like a real woman.

Women will also sometimes look at “good looking guys” and say, “Oooh, he’s hot” but they will instantly lose interest in him if they notice that he isn’t confident (by observing him), or if they talk to him and see that he lacks self confidence.

Other turn offs include guys who are boring and who cannot engage a woman in conversation and who do not know how to flirt.

Guys who use body language inappropriately and who make a woman feel tense and uncomfortable are also a turn off, as are guys who are mentally and emotionally weak.

Women like to be looked at because they know that this is how they will attract the best of the male species; the guy who stands out from the rest because of his confidence, mental and emotional strength and social intelligence.

He is the guy who will always hold sway over his less dominant, less accomplished and less charming counter parts and this is the guy a woman wants to attract by making herself beautiful.

If a guy looks at a woman in a natural, relaxed way and shows appreciation for the efforts she’s made to beautify herself she will respond favorably.

Women like to be appreciated and to have their efforts valued, and if the guy is confident enough to show her that he appreciates her beauty and her efforts, he will definitely make a lasting impression on her.

Special Ways to Tell Someone You Love Them

The Coolest Guy in the World: Does He Exist?