How to Be the Man: 5 Examples

As you go through your life as a man, you have a choice: Either accept the level that you’re at now or rise up and reach for your true potential as a man.

If you do want to reach for your true potential, here are 5 examples of how to be the man around women, friends, when in a relationship, during sex and at work…

1. How to be the man around women

To be the man around women, you need to:

When you approach your life with women in that way, you will find that most women simply accept that you are the man and go along with whatever you want.

Most guys don’t realize how passive most women are when it comes to sex and dating (i.e. that most women just go along with whatever a confident guy wants).

When you see guys who have a lot of women around them, have sex with a lot of women, date multiple women at once, have hot female friends who they sometimes sleep with or have a hot girlfriend or wife, these will almost always believe that they deserve it.

It’s the guy’s belief that he deserves that kind of attention and affection that makes all the difference. Women simply go along with it and accept that he is the man.

When you see a guy standing on his own at a party, looking nervous around women or feeling left out, it’s because he doesn’t believe that he deserves the love, affection and attention of women.

Of course, he feel as though he deserves success with women when he is lying in bed at night feeling angry at women for rejecting him, but when he actually interacts with attractive women in person, he simply goes back into his shell and believes that he doesn’t deserve their affection and attention.

In some cases, the guy will feel angry at women for playing hard to get and will think that women are bitches, mean and cold for not being more gentle, sensitive, loving and open with him.

If you want to be the man, you need to believe in yourself. Women aren’t going to make it easy for you.

To sort out the men from the boys, most women act as though they aren’t even that interested in men and simply have fun, dance, hang out with friends, go shopping and live their life.

This seems strange to guys who don’t understand women because they expect women to think, behave and act like men. Yet, women are different to us.

Rather than going out and actively approaching men and trying to move in for a first kiss, most women take on a passive role and wait for confident men to approach them, turn them ON and then move in for a kiss, take her home for sex or simply get her number and follow up for a date.

Having confidence in yourself and leading the way is a big part of how to be the man around women.

However, even if you do interact with women in a confident way, they will still continue to test you (e.g. by playing hard to get, teasing you, challenging you during conversation) to see if you are confident enough to handle a woman like her.

In just the same way as men want the best looking woman, women want the most confident guy.

If you want to be the man, you’ve got to make sure that you have true confidence and belief in yourself.

2. How to be the man around friends 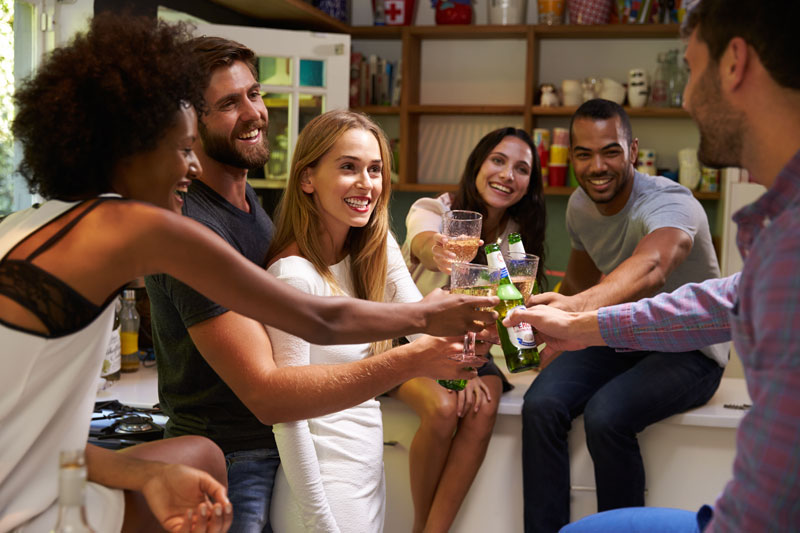 If you want your friends to look up to you and respect you as a man, you to:

When you have those kind of traits, you will automatically seen as the alpha in your group (or one of the alphas in a large group e.g. work, university, different groups of friends) without having to ever ask for that role or suggest that you are.

People will simply look at you as being the man because regardless of the situation, you are always the emotionally strongest one, the loving one, the wise one and the forward-moving one.

3. How to be the man when in a relationship

Being the man in a relationship with a woman is about:

When in a relationship with a woman, she will always test you to see if you are still worthy of being the man that she should submit to and look up to and respect.

Regardless of how good of a guy you are, how much money you make, how good you look and well you treat her, she will always still throw tantrums, tease you, say no to your requests and demand that you do all sorts of random things to see how much she can get away with and how much she can push you around.

Being the man in a relationship isn’t about being domineering and ordering a woman to do whatever you want.

Instead, it’s about maintaining a mutual love, respect and attraction for each other, while also making sure that you are the more dominant one.

4. How to be the man when having sex

When having sex with a woman, she will see you as a real man when you:

You don’t always have to do everything perfectly when you have sex with a woman to be seen as the man, because by nature, you are the man and she is the woman.

However, for her to look up to you, respect you and feel excited about submitting to you as her man, you need to make sure that you often display very masculine qualities in the bedroom.

For example: If you’re getting to the point where you’re about to finish and you are banging away at her from behind, women love it when you start to build up to that moment with very masculine groans and then let out a big, raw, unguarded grown when you finally ejaculate.

Being the man at work is not about bossing everyone around and trying to show people that you’re more alpha than them.

Instead, it’s about simply taking on the more alpha role in a relaxed manner, where you remain respectful towards other people, while also ensuring that you are assertive to let others know that you are someone who expects respect.

Just like most women are passive when it comes to dating and sex, most people in the workplace are also passive and simply allow leaders to rise up and take control.

Back when I was working in the corporate world (before leaving to run The Modern Man full time), I got promoted 3 times within 6 months, simply by taking on a more alpha mindset and assuming that I deserved to have a say, be respected and be one of the leaders.

I simply began to take more control in meeting by asking questions to lead discussions and then assumed that is was my position to begin weighing up the suggestions that people were making and then come to a decision on what was best.

People just followed along. They loved being asked questions and they loved that someone was actually listening to them and paying attention.

You take the person’s ideas, thoughts and opinions into account, briefly point out the positives of what they are saying and then come up with your own plan on what you think would work best.

As a result, I got pulled to the side by a manager and asked if I wanted to apply for a Team Coach position. I beat 30 other applicants for the job.

All of this happened as a result of me taking on the role of being the man. No one told me that I should be the man and believe in myself: I decided that I deserved to be the man.

Likewise, if you want to be the man, you have to decide that you deserve it too.

Being the Man That Almost Every Woman Wants

The main thing that I teach here at The Modern Man is how to be the type of man that pretty much every woman wants to be with.

This is the kind of man that women refer to as a real man.

Essentially, being a real man means that you are confident, masculine (in how you think, feel, behave, talk, move), you understand women, you have purpose in life and you know how to make a woman experience the type of love, respect and attraction that she yearns for.

When you are that type of man, it is too easy to attract and pick up women for sex and it’s just as easy to keep a woman addicted to you when in a relationship.

Unlike the majority of guys who waste time trying to get women to “like” them as a person (e.g. by being really nice to her, doing favors for her, giving her loads of compliments), a real man simply talks to a woman in a normal way and she feels sexually attracted to him and then starts falling in love with him and wishing she could be with him.

She Likes Me, But Doesn’t Want a Relationship: 5 Possible Reasons Why

What Does it Mean When a Woman Touches Your Arm During Conversation?