How to Make Women Fall in Love With You

The two best approaches to use to make women fall in love with you, are to either:

There are many different approaches you can take with women (e.g. be a really nice guy, be a bad boy, be a jerk, etc), but being a charming guy or a challenge are by the far the easiest ways to make women fall in love with you.

1. Be a Charming Guy

Being a charming guy essentially means that you make women feel attracted to you by displaying some of the personality traits and behaviors that naturally attract and arouse women and you also be nice to them and treat them well.

Here’s the simple way of looking at it:

Make her feel attracted to you + Treat her nicely = Charming.

For example: If a guy interacts with a woman and he is being confident, charismatic and is making her feminine and girly in comparison to his masculine approach, then she will naturally feel attracted and aroused by him.

However, that is sometimes not enough to get the woman to fall in love. The real secret of how to get women to fall in love with you by being a charming guy is to also treat them well (i.e. give the woman compliments, be sweet to her at times, make her feel appreciated and noticed, etc).

You might have seen interact with a guy before and refer to him as a “charmer” or as being a charming guy.

What you will realize if you think about what you really witnessed when you saw that guy interact with her, is that he was making her feel attracted to him and he was also being nice to her.

He was also adding in some nice behavior and gestures in addition to being attractive to her (e.g. giving her compliments, treating her well, making her feel special, etc).

That is how to be charming and how to make women fall in love with you. It’s easy and it also allows you to be the good guy that you are and still get laid, get a girlfriend or find yourself the perfect wife.

You don’t have to be a bad boy, asshole, jerk or treat women badly to make them lust after you or fall in love with you. Instead, you simply need to be a more charming guy than you are right now by getting better at making women feel attracted to you and then continuing to be the good guy that you are.

As you will discover from the video above, you can actually CREATE feelings of attraction inside of a woman by displaying certain personality traits and behaviors that are naturally attract women.

Once the woman is attracted to you, she will see any nice, sweet, courteous or gentlemanly thing that you do around her as charming. 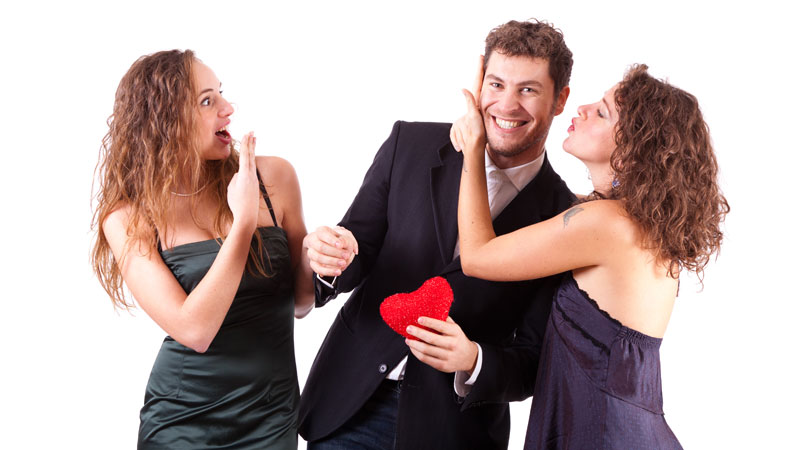 A lot of guys don’t like the idea of being a challenge for women to win over, because they feel as though it involves playing silly mind games, lying to women or treating women badly.

However, being a challenge for a woman to win over is actually one of the nicest, most precious gifts you could ever give her.

Essentially, the first thing that you need to understand is the reality that women live in when it comes to sex and dating.

For women, it’s very easy for them to attract men for sex because most men will have sex with a woman (at least once) simply based on her appearance, even if they don’t really like her personality or don’t see much of a chance for a relationship after the sex.

Almost all women are not instantly ready to have sex with a guy simply based on his appearance.

Almost all women are looking for qualities in men other than mere looks.

Yes, a woman can feel attracted to a man’s looks and there are some women who will want to have sex with a man because he is good looking.

Yet, the majority of women are much more attracted and aroused by a man’s personality traits, behaviors and inner qualities (e.g. confidence, charisma, masculine vibe, ability to get her laughing, etc) than anything else.

Of course, there are some women who will hook up with a guy because he is rich, a celebrity or male model, but the majority of women aren’t stuck on superficial traits and will happily fall madly in love with an average guy who can make her feel attracted and aroused for other reasons.

So, now that you understand one of the main differences between how men and women feel attraction, let’s talk more about the reason why it’s so beneficial for you to be a challenge for women to win over…

As a woman walks through the world, she knows that pretty much every guy that looks at her will be willing to have sex with her at least once.

Regardless of whether or not he likes her personality, he will be willing to stick it in, finish the job, plant his seed and walk away.

Even if a guy is a really nice guy and has good intentions with women, he won’t be able to stop his natural urges to want to stick his middle leg inside attractive women and plant his seed.

Even if he doesn’t want to have children, his attraction for her is based on his instant, instinctive analysis of her capacity to produce good quality offspring.

As a woman grows up, she usually enjoys all the attention that she starts getting from men now that she is of breeding age.

Yet, almost all women eventually get bored of the fact that most guys are willing to have sex with her even though she doesn’t have to do anything else to impress them other than look good.

Don’t get me wrong here…

The secret of how to make women fall in love with you by being a challenge is to first make women feel attracted to you by displaying some of the personality traits and behaviors that naturally attract and arouse women and then hold off on being completely sold on her until she fully impresses you.

This means that you actually have to have standards when it comes to women and know the kinds of things that you will and will not accept in a woman.

When a woman is attracted to you and notices that you’re not fully impressed by her yet, she will then begin to show you signs of interest and try to impress you further by displaying her best qualities and being on her best behavior.

She will then refer to you as being a challenge in her mind, to her friends or even to you.

The more that she tries to impress you and win you over, the more that she falls in love with you and convinces herself that you are the guy she has been looking for all along.

Here’s the even cooler part…

By making her feel that way, you then become what women refer to as a “catch” meaning that she was able to beat other women to catch you and get you into a relationship. 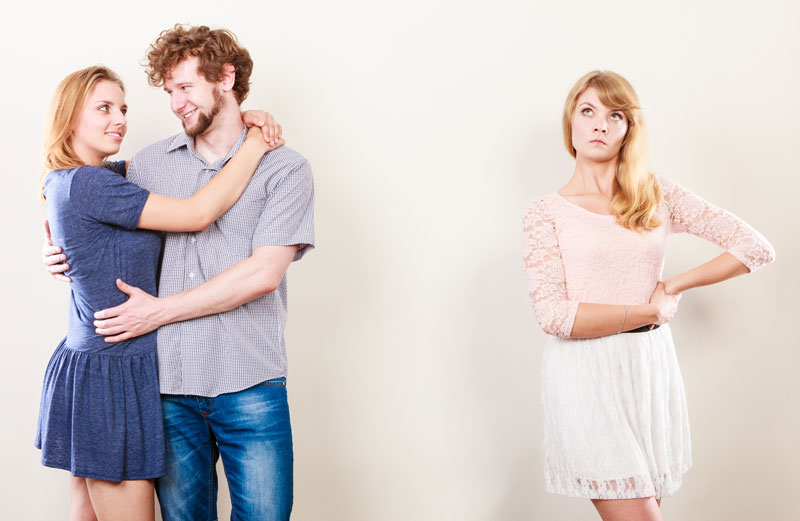 She then feels lucky to have you as her man.

If you can easily attract women with your personality, behavior and inner qualities, while also being not so easy to pick up, a woman will know that you would find it extremely easy to get another woman if she doesn’t snag you and save you for herself.

So, when a woman is able to get to a kiss, sex or date with an awesome guy like you, she will feel lucky and will rapidly fall in love with you and do her very best to make you feel the same way about her.

A lot of guys go through life never really understanding what attracts women to men and how to make women fall in love with them very easily.

For example: Some guys will put on an act of being an even nicer guy than they really are, in the hope that a woman will think, “Wow, this guy is really nice and caring. I should choose him as a lover, boyfriend or husband.”

Yet, what these guys don’t understand is that the nice, gentle and sweet things that a guy can offer a woman are only appreciated if he first makes the woman feel attracted to him and aroused by him.

Women don’t get turned on and get wet down there if a guy is simply being nice and courteous towards them.

Why? Watch this video to understand….

When nice guys get rejected by women, they often make the mistake of thinking, “Okay, if women don’t want a nice guy, then they must want a bad boy or a man who treats them mean.”

Yet, these guys are missing the point.

The majority of women in this world do NOT want a bad guy who treats them meanly, disrespects them and doesn’t care about them.

Instead, women want a good guy who also has the ability to make them feel attracted to his personality traits, behaviors and inner qualities.

The simple reason why women reject most nice guys is that they try to make women like them and fall in love with them simply based on being nice, courteous and considerate.

As you may have realized by now, that is not enough for a woman to fall in love with a guy.

If you are serious about making women fall in love with you, you have to be willing to do this properly.

The right way to do it is to begin by making the woman feel attracted and aroused by you and then either be a charming guy than she can feel special around or a challenge that she feels lucky to have caught.

You can also combine the two approaches (be charming and a challenge) for a more powerful effect on her.

When she finally does get to kiss you, have sex with you or get you to say that you love her, she feels as though she’s snagged herself a catch that is worth keeping.

How to Get a Woman to Sleep With You

Why Do Women Hate Men?