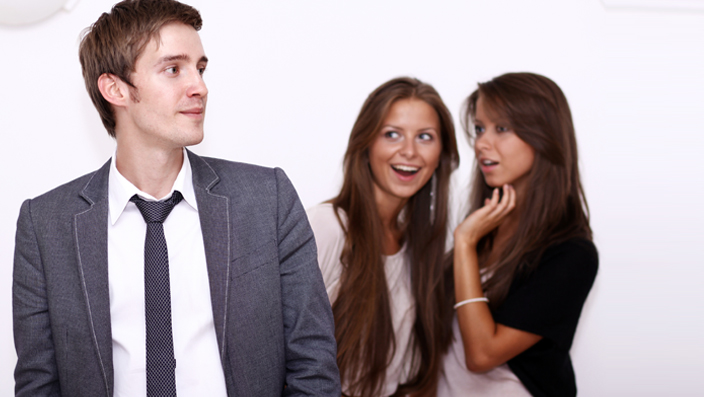 Is Being Aloof Attractive to Women?

So, does being aloof attract women?

Is that what a guy needs to do?

Does a guy need to show a woman that he’s not interested in her, for her to then have an interest in him?

Do women want what they can’t have?

Does the old saying of “What is scarce, is valuable” apply to attracting women?

First, let’s make sure that you and I are on the same page here by having a look at the dictionary definition of aloof.

Aloof (adjective): Not friendly or forthcoming; cool and distant. Conspicuously uninvolved and uninterested, typically through distaste.

So, is that what a guy needs to do to make a woman feel attracted to him? Does that work? 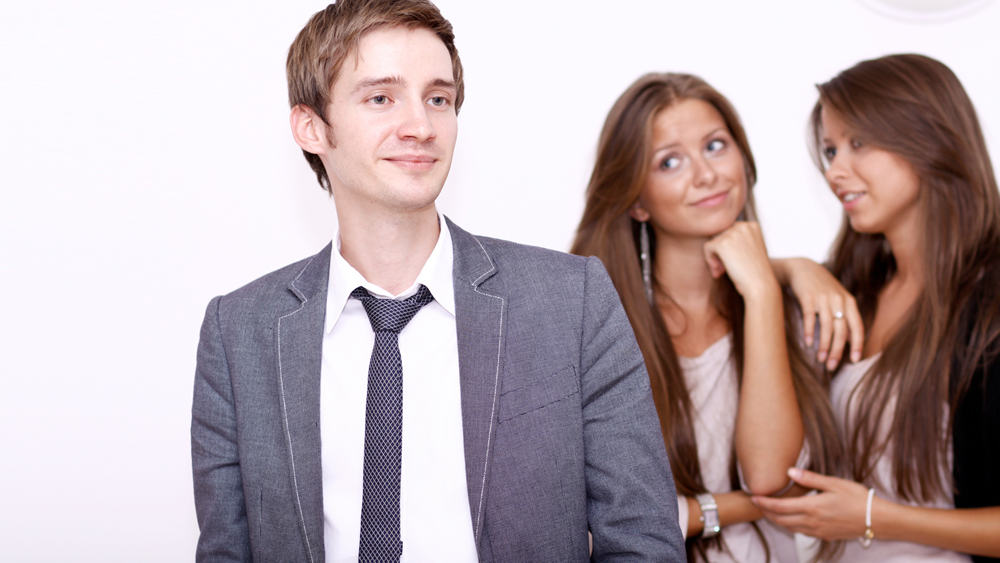 The answer is that it depends on whether or not the woman has felt a spark of attraction for the guy yet or not.

The way that it works is that you have to interact with the woman, so you can create a spark of attraction inside of her first.

You need to flirt with her a little bit and then start being aloof.

She will then begin to wonder why you’re not pursuing her because there was clearly a spark between you and her. 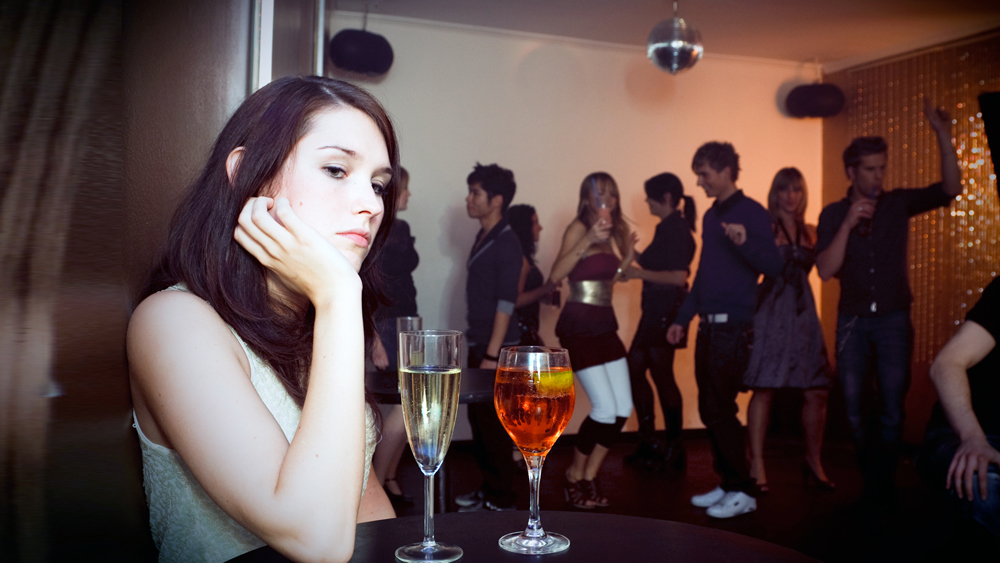 She might then assume that the reason why you’re not pursuing her is that she’s not attractive enough, or she hasn’t shown you enough interest.

So, what a woman will usually do then is try to make herself look prettier or more beautiful, or she will interact with you and show you more interest to hopefully get you to see that she does like you.

Now, here’s where it gets really interesting.

She starts really want you to like her and really want something to happen between you and her.

Then, essentially what you’re doing is giving her a chance to be with you.

So, you first have to interact with the woman and create a spark of attraction inside of her and flirt with her and then start being aloof. 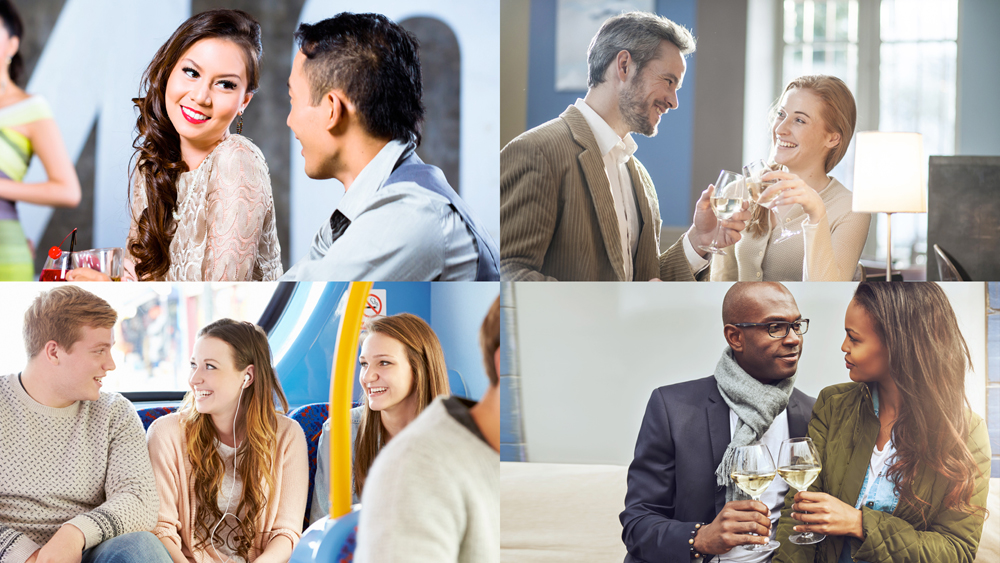 There are many ways that you can create a spark of attraction inside of a woman, such as being very confident around her, being emotionally masculine, displaying charisma, social intelligence, making her laugh and so on.

However, one of the quickest and easiest ways to do it is to playfully mess with her during a conversation.

For example: If a man meets a woman, is getting along with her and she then asks him the classic question of, “So, do you have a girlfriend?” he can use that to playfully mess with her and create a spark of attraction inside of her.

Pretty much every woman that you say that to will laugh, say that she wasn’t trying to say that and add on that if you and her were going to go out on a date, it would be you who needs to take her out on a date.

By talking to her in that way, you’re playfully messing with her.

As a result, you are the prize.

You are the one who is going to be allowing her to get a chance with you.

So, if you’re interacting with a woman, being confident, creating a spark inside of her and you and her clearly seem to be getting along, but then you start being aloof, she is going to start to wonder why you’re not pursuing her.

Of course, being aloof is not a guaranteed method that is going to cause a woman to pursue you and want to be with you.

Sometimes women have too much self-pride to pursue a guy.

Sometimes women are too shy and insecure and too self-doubting to pursue a guy.

Sometimes women don’t want to experience rejection and will assume that the guy was simply flirting with them, is a very confident guy who could have his choice with women and therefore isn’t interested in her because she’s not pretty enough.

She then thinks, “Well, if I try to pursue him further, he might reject me and then I’m going to feel worse about myself.”

So, while being aloof can make a woman pursue you and can be attractive, I don’t recommend that you use it as your main approach to attracting and picking up women.

What I recommend that you do is attract a woman, connect with her and get to a phone number, kiss, sex, date and enter a relationship if you want that as well.

When you have the ability to make women feel attracted during a conversation and you also have confidence in yourself knowing that the woman is attracted and you are going to be able to handle each step of the process to get to a phone number, kiss, sex, date and into a relationship, then you don’t hesitate.

You see women that you find attractive, you interact with them, you make them feel attracted and then you get to the next level with them.

You don’t waste time playing mind games and hoping that if you just stay out of a woman’s way she’s going to pursue you.

Of course, if you just want to mess with a woman’s mind just for fun and attract her and then be aloof to get her to pursue you, then go ahead and do that.

It’s a great confidence boost when you do that and then see that a woman is pursuing you, is trying to be really nice to you and is trying to make herself look prettier and more attractive, so you will then have more of an interest in her.

You can do that if you want to.

However, if you want to get consistent results with women, I recommend that you attract women and then go through the rest of the process to get to kissing, sex and get to a relationship if you want that as well.

So, in summary, a woman will usually only care that you’re being aloof if she is already attracted to you.

If she isn’t attracted to you yet, she almost certainly won’t care and possibly won’t even notice.

Not because you’re not good enough for her, but you haven’t yet flicked on her feelings of attraction to you.

If you want a woman to care that you’re being aloof and aren’t pursuing her, you first have to make her feel a spark of sexual attraction for you during an interaction.

When she feels that spark, she will then have a sexual and possibly romantic interest in you and may pursue you, or try to get you to feel more attracted to her so you pursue her.

That’s how being aloof will help you attract a woman.

If you’d like to learn more, I recommend that you read my eBook The Flow, or listen to the audiobook version The Flow on Audio.

When you read The Flow or listen to the audiobook version, you will learn my step by step process for attracting and picking up women in a natural way.

It’s a very simple and easy thing to do and once you’ve used The Flow on a woman once or twice, you will see that you can enjoy your choice of women.

You don’t need to play lots of mind games with women or try hard to get them to like you.

You simply make them feel attracted to you, build on that attraction, connect with them and then get to a kiss, sex, date and into a relationship.

It’s a very, very easy thing to do.

One final point that I want to make for you, is that sometimes a guy ends up being aloof because he’s shy and he doubts himself.

Women can sense that very easily.

Women already know that a lot of the guys who keep to themselves and don’t show any active interest in a woman, or avoid interacting with her to create a spark do that because they doubt themselves, are shy and don’t have the confidence to interact with her and make something happen.

So, what women find attractive is a confident guy who has created a spark of attraction inside of her, but is not pursuing her.

He’s getting on with his life, he’s interacting with other people and he’s not trying hard to get a chance with her.

As a result, in some cases, that can cause a woman to want to make him like her more.

So, she will start flirting with him, she’ll start showing him lots of interest and she will hope that she can get him to behave like other guys typically do when they meet her, which is to immediately start showing interest.

Yet, when he’s interacting with her, if he continues to make her feel attracted by being confident, displaying charisma, being socially intelligent and making her laugh, but isn’t pursuing her and is being a little bit disinterested, then it can cause a woman to look at him as being a guy who is a real challenge for her.

However, what you need to understand, as I said earlier, is sometimes a woman will stop at that point.

She won’t want to get rejected any further.

She will assume that the guy doesn’t see her as being pretty enough and attractive enough and that’s why he’s not interested.

So, if you are going to be a bit aloof when you’re interacting with women, I recommend that you don’t go too far with it.

Unless of course, you just want to mess with a woman’s mind.

If you want to do that for fun, then go ahead and use it as a confidence boost.

However, if you want to get consistent results with women, then just go from one step to the next until you’re kissing her, having sex with her and, if you want, enjoying a relationship with her as well.

A Bad Boy Attraction Secret That Good Guys Can Use