In the beginning, a relationship is almost always full of exciting, fun and hopeful feelings.

A couple will naturally spend as much time together as possible because it feels so great to be around each other.

For the guy, everything about his girlfriend may seem wonderful in his eyes. He might look at her as being perfect for him and she will feel the same way back.

Yet, if he isn’t able to guide her into deeper feelings of love, respect and attraction over time, she may begin to lose interest because the relationship just doesn’t seem to be going through the required stages to reach a state of true love and commitment.

This is why it can come as quite a shock when a guy’s girlfriend “suddenly” changes from being a happy, fun-loving woman to always being in a bad mood.

If you’re finding yourself saying, “My girlfriend is always in a bad mood” then you’re probably at the point in your relationship where the initial thrill of being together has worn off.

Suddenly, you’re stuck with a girlfriend who has gone from being happy and fun to one who is always grumpy and in a downer mood.

You may be asking yourself, “What is wrong with her? Why has she changed?” and “What can I do to make her change back to being the happy and fun person she used to be?”

Don’t worry – it’s just a natural phase of a relationship and you can get past it. Watch this video for more info…

If you’d like to learn how to get to the blissful love stage of your relationship, where your girlfriend stops being so moody all the time, watch Make Her Love You For Life 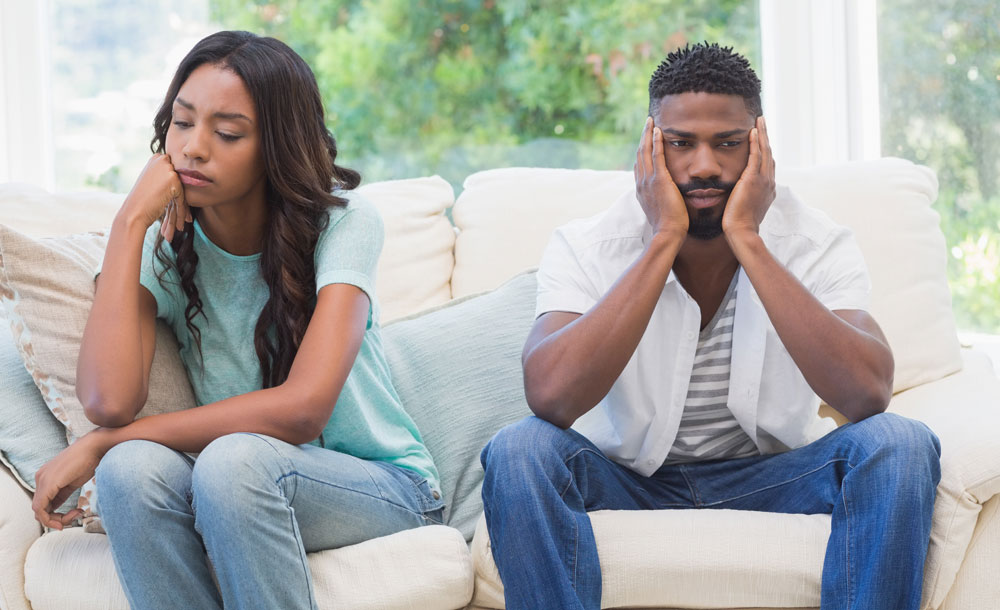 Right now you’re probably feeling frustrated and even a little angry with her. You might even have had fights with her and in your frustration told her, “What’s wrong with you? Why are you always in a bad mood? Is it that time of the month AGAIN?” More than likely this only made her even angrier and put her in an even worse mood.

To begin with, you should understand that a woman doesn’t just suddenly change for no reason at all. If you’re finding yourself saying more and more, “My girlfriend is always in a bad mood,” then she is “telling” you (via her behavior and body language) that she’s no longer feeling the way she wants to feel in the relationship.

The “bad mood” is literally your girlfriend’s way of telling you how unhappy she’s feeling. She is hoping that you have the masculine wisdom or awareness to begin making her feel a renewed sense of respect and attraction for you, so she can begin to let go of the unhappiness she is currently feeling with you. 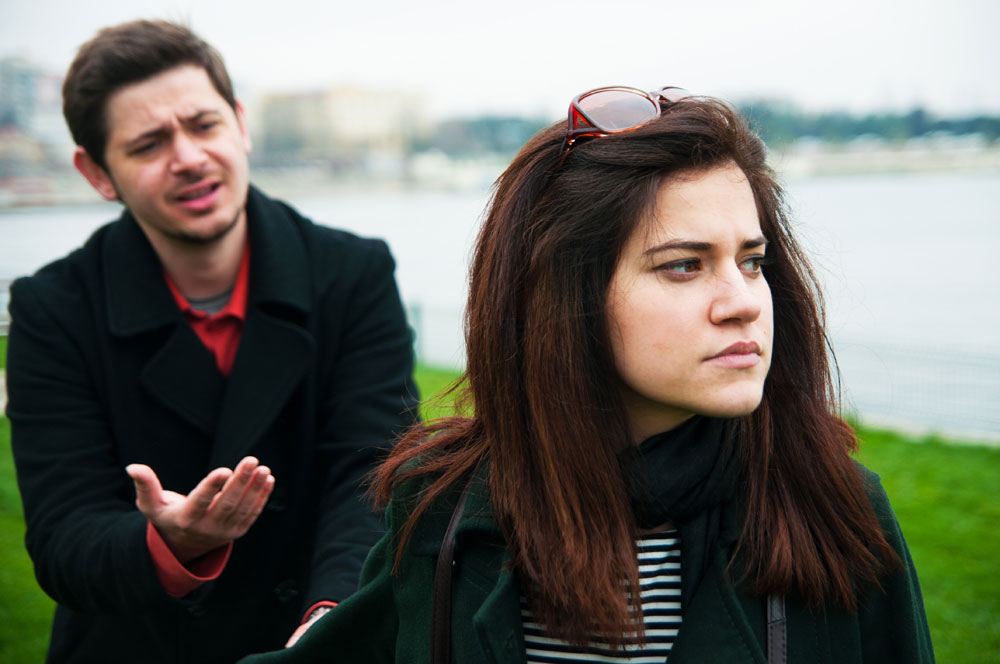 At this point you’ll probably be saying, “Why can’t she just spell it out? Why all the mind games? If she’s unhappy about something why can’t she just tell me what it is so I can fix it?” Right?

She will give him signs, like “nagging” him about the same things constantly, or acting in a bad mood when he behaves in a certain way.

If over time he continues to behave in the same ways because he’s missing her signs, she will slowly begin to lose respect and attraction for him, making her seem even more grumpy and disagreeable. If he still doesn’t change the behaviors and attitudes that are turning her off, she will eventually fall out of love with him and she will dump him.

So, rather than just assume that your girlfriend is being a moody woman, consider that she’s telling you there are certain behaviors and attitudes that are making her lose respect, love and attraction for you

Have You Been Behaving in Any of These Ways?

There are many reasons why a woman will decide to break up with a guy, but some of the common ones are:

1. Becoming too clingy and needy 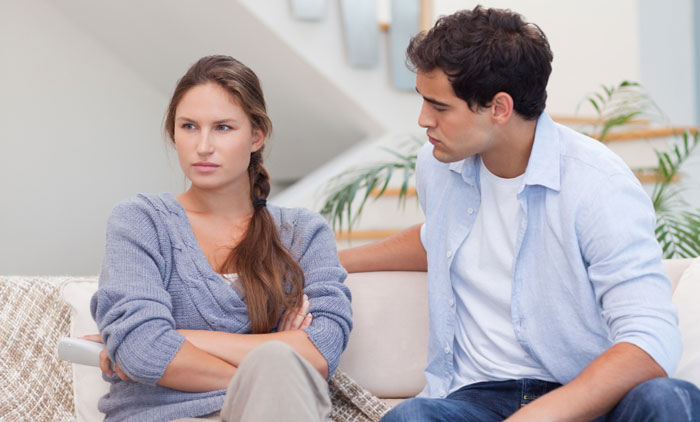 Naturally, it’s nice when at the beginning of a relationship a couple can barely keep their hands off each other. However, over time feelings of lust will mature and transition into feelings of deeper love, respect and emotional attraction.

This is normal and even healthy. However, for some guys who lack experience with women, when this happens they begin to panic and start thinking, “Does she still love me?” or “What if she’s met another guy?” etc.

They then do the one thing they think will make her change back to the way she was “before” – they become clingy and needy. A guy will want to show his girlfriend how upset he is about her lack of affection and how horrible he feels without her constant assurance that she finds him sexy.

He will feel like he is losing his girlfriend, when in reality, the relationship is simply transitioning to a more advanced stage on the way to true love and commitment. Not knowing that, he might begin to:

That type of behavior is a big turn off for a woman. Why?

Women are attracted to the strength in men and turned off by weakness. A clingy, needy guy comes across as being mentally and emotionally weak and a woman doesn’t want to constantly have to reassure and “baby” her guy to make him feel confident about himself and the relationship.

If you have been behaving in these ways, it’s natural that your girlfriend will be “pulling away” from this “neediness” and she will respond by being in a bad mood.

2. Taking her for granted

On the opposite scale of the clingy, needy guy is the guy who takes his girlfriend for granted. Although this is rarely and intentional act, many guys often get caught up in the day-to-day hassles of life and slip into behaviors that make their girlfriend (fiancé or wife) feel unloved, unappreciated and unattractive.

Examples of this can include:

A woman doesn’t expect you to devote every waking moment to her (because that will be needy and clingy and she will feel turned off by you), but she does want to feel that she’s important enough for you to appreciate her and make her feel good about herself and what she does for you.

3. Letting her wear the pants in the relationship

Some guys believe that in order to make their woman happy, they have to agree to everything she says and to let her wear the pants in the relationship, i.e. let her take charge of all the decisions. This might be a great scenario for a TV sitcom or romantic comedy, but in real life, a woman is attracted to a masculine, confident man who can take the lead in the relationship.

Yes, of course she still wants to be heard and have her opinions taken into consideration, but she wants to know that she can rely on her man to take the lead and make the ultimate decision that will be right for them.

When a woman ends up taking the lead in the relationship, she naturally stops feeling respect and attraction for her man because she has to “mother” him.

She will become moody and unhappy, and eventually she will fall out of love with him and she will look for a man who can make her feel the way she wants to feel in a relationship, i.e. feminine, protected, safe and like a real woman.

It’s Not Too Late to Change How She Feels

You don’t have to keep saying, “My girlfriend is always in a bad mood” because now you know that she’s basically calling out to you to change before it’s too late. Clearly her feelings for you are not dead and if you make the right changes to your behavior and attitudes right now, you can re-spark the respect and attraction in her and make her fall even more in love with you than before.

Don’t waste another day putting up with her “bad moods.” Find out what the underlying problem is and take action to fix it right now, before she ends up doing something silly like breaking up with you…

My Girlfriend Said She Doesn’t Feel the Same Way Anymore