My Girlfriend Said She Doesn’t Feel the Same Way Anymore

One day you are cruising along in a happy relationship with your girlfriend and believing that everything is fine and the next you find yourself saying, “My girlfriend said she doesn’t feel the same way anymore.”

Right now, there may be hundreds of questions going through your mind, like:

The good news is that you can definitely change the way she feels. What you need to focus on from now on is making her feel a renewed sense of respect and attraction for you as a man. If you don’t do that for her, she may eventually fall out of love with you completely and then break up with you.

As you will discover from the video above, you have a lot of direct control over how much or little attraction your girlfriend feels for you.

No matter how bad things seem between you and her right now, you need to understand that your girlfriend doesn’t have to be stuck on a negative feeling about you forever.

Human emotions always change and just because your girlfriend is currently saying she doesn’t feel the same way anymore, it doesn’t mean her feelings have to stay like that forever.

For example: Even if she has now moved out (if you were living together), or is now avoiding seeing you or answering your calls, if you respark her feelings of respect and attraction, she will naturally become more open to the idea of being with you within a few days, or after a couple of weeks depending on how badly things have been messed up between you.

Essentially, when you present her with a new and improved version of yourself, it’s only natural for her to drop her guard and open herself back up to the idea of being with you again.

However, what you need to understand first, is that even though you can change the way that she feels about you, you also have to be willing to face up to the fact that, for her to be feeling the way she’s feeling about you now, there must have been certain attitudes and behaviors in your relationship that were turning her off.

By changing some of those things about yourself first, or at least by giving her the impression that you’ve changed, you will be making her feel understood and she will be more open to the idea of being with you again.

She’s Not Going to Spell it Out For You

A classic mistake that guys who say, “My girlfriend said she doesn’t feel the same way anymore” make, is to ask their girlfriend for an explanation. “Why have your feelings for me changed? Why don’t you love me anymore? What did I do wrong? What can I do to make you love me again?” etc.

Often, guys who have little or no experience with women (or don’t know what women really want in a man) will react in this way. If you’ve reacted in that too, it’s okay. It’s only natural for you to a bit more information from her other than the “I don’t feel the same way about you anymore” speech.

Unfortunately, most women won’t give you the real reasons why their feelings for you have changed. Instead a woman would rather give you a vague, “I think we should give each other some space for a while” or “I just don’t feel the same way anymore.”

Why are women so vague?

A woman doesn’t want to mother the man in her life. If she has to teach her man how to BE a man, the relationship dynamic goes out of balance. She ends up wearing the pants in the relationship and that is the quickest way for a woman to lose respect and attraction for her man. 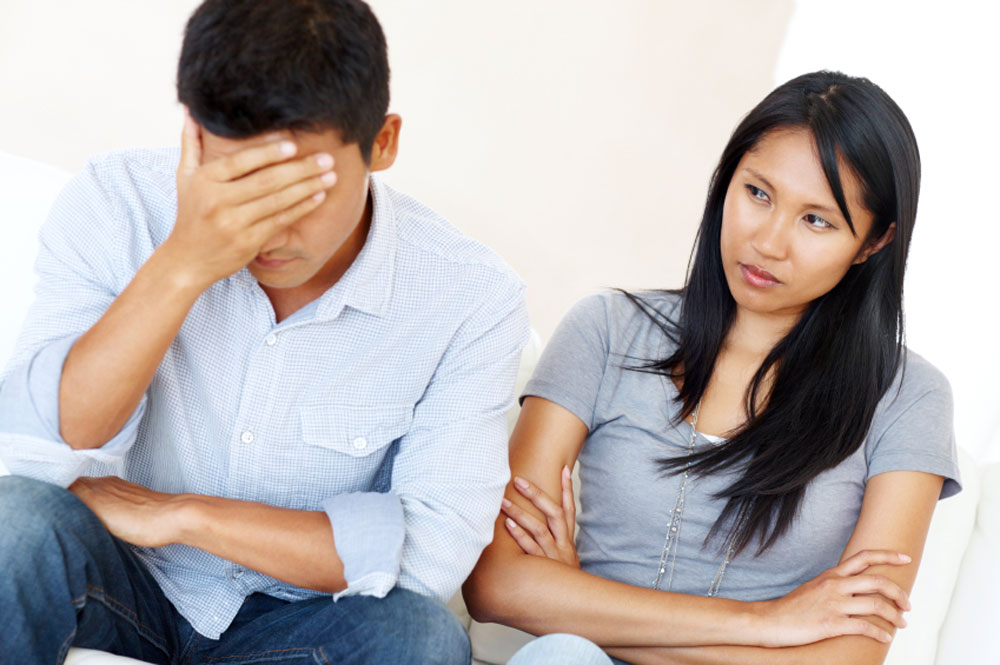 Most women do not want to play the role of being a guy’s mother or teacher in life, so if you can’t figure out what the problems in your relationship are on your own, it means that she has to teach you, and doing that doesn’t make her feel the way she wants to feel.

Understand What Caused Her Feelings For You to Change

Somewhere along the line, something about your attitude or behavior in the relationship must have changed to cause her feelings for you to change. So, by understanding which attitudes and behaviors caused her to stop loving you, you can fix those things and make her see you in a new light.

Those are only a few examples of what may have caused your girlfriend to stop feeling the same way about you. Yet, there could be other, more subtle reasons why she no longer feels the same way.

A woman will decide to break up with a guy for many different reasons.

She may tell her boyfriend some vague reasons why she is ending it, such as, “I don’t feel the same way anymore,” but she will rarely tell him some of the more subtle reasons, such as, “You’re not enough of a man for me” or “You don’t make me feel girly enough…I feel like a friend to you, rather than your woman.”

Do I Have to Become Something I’m Not to Get Her to Love Me Again?

Fixing your issues (things like neediness, insecurity, jealousy, clingy behavior, lack of confidence, etc.) is not just to please her. Although getting your girlfriend to fall even deeper in love with you than before is a great bonus, improving yourself is of benefit to YOU.

Becoming a stronger and more well-rounded version of who you are right now, you get to win. Not just in your relationship with your girlfriend, but in your life as well.

Imagine how wonderful it would be to go through life feeling confident and self assured. Imagine how you would feel if everyone you met gave you instant respect. Imagine how it would feel to have your girlfriend do whatever it takes to please YOU because she’s afraid of losing you. This isn’t a fantasy. This is what happens when you improve yourself.

You don’t have to fully fix everything and become perfect to get your girlfriend to feel love, respect and attraction for you again, but you do need to start working on those emotional issues immediately.

If you’re currently in a situation where you feel like all hope is lost with your girlfriend, think again. You might have started out today thinking, “My girlfriend said she doesn’t feel the same anymore” and felt like you were going to lose her forever, but it doesn’t have to be that way.

You can respark her feelings of respect and attraction for you as a man and when you do that, she will naturally begin to reconnect with the love.

My Girlfriend Has Changed Her Behavior Towards Me. How Can I Get Her to Change Back?