We live in a challenging world and you often have to have the balls to stand up for yourself or the courage to push on when like gets tough. Being nice doesn’t suggest to a woman that you have that in you at all.

Attraction is directly linked to survival and what we feel attracted to in each other is essentially our survival traits.

For example: We men feel instantly attracted to women who have the outer traits of a (potentially) good survivor (i.e. healthy, youthful looking, beauty that will be passed onto offspring, especially the girls).

On the other hand, women feel most attracted to a guy who has inner traits that mark him out as being a (potentially) good survivor (i.e. confident, emotionally mature, masculine in his thinking and behavior, charismatic, charming, able to get along well with others).

Women can feel attracted to a man’s looks, but we men feel much more attraction to looks than women do. For women, the attraction that you make them feel by displaying useful inner qualities is much more important.

Is Being a Bad Boy the Answer?

Women do like nice guys, but if he isn’t displaying attractive inner qualities, then the woman just isn’t going to feeling it.

For example: If a nice guy is nervous, self-doubting and insecure, then a woman will feel turned off by his inner qualities and reject him. 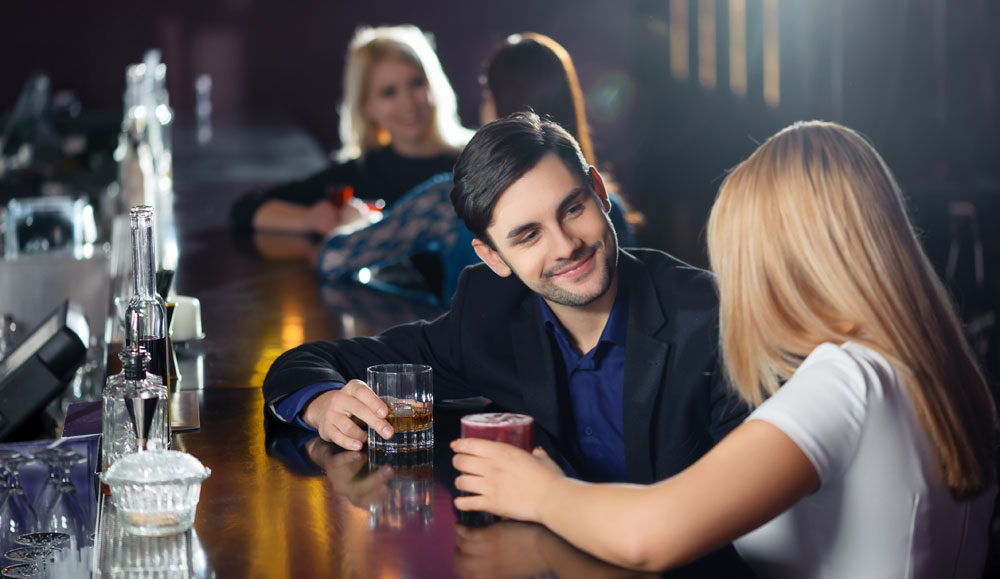 However, if a nice guy is confident, charismatic and has high self-esteem, a woman will feel attracted to his inner qualities and appreciate the fact that he is also nice.

As you will see from the video above, being nice to a woman isn’t the problem.

Do You Know What Women Want? 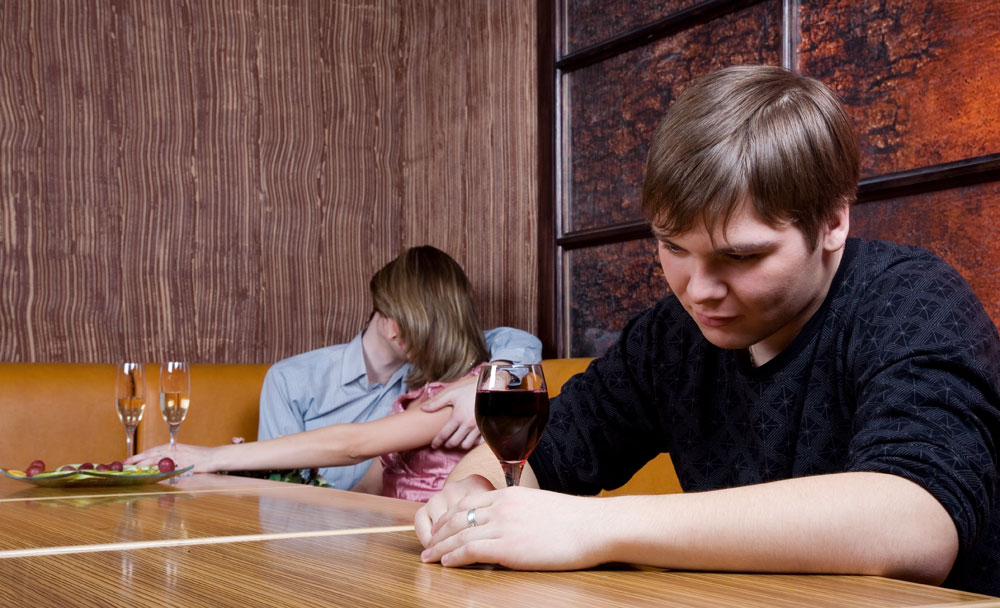 Some guys are lucky to grow up with a male role model who teaches him what women really want and how to attract them.

Yet, for most guys (including me), the education they receive about women is either wrong or toned down for political correctness.

For example: I was always told that to get a woman to like me, I had to be nice, treat her like a princess, be a gentleman, be patient and show a lot of interest in whatever she likes.

No one ever told me that women only appreciate that type of gentlemanly behavior if you start by making them feel sexually attracted to you first. I was essentially told that sexual attraction happened AFTER a woman liked you, but in reality, it has to come FIRST.

Women know this, but the majority of guys don’t. Most guys approach with women the strategy of trying to be liked as a guy, rather than making the woman feel sexually attracted and turned on.

That’s just one of the things that really annoy women about the majority of single men out there, as I explain in this video…

The truth is, there is a huge opportunity for you to begin enjoying your choice of women if you can stop doing what pretty much every other guy (who is getting rejected) is doing.

If you can just understand the reality that women live in (i.e. pretty much every guy is willing to bang them at least once, just based on her appearance), you will realize that if you just take a few moments or minutes to build up a woman’s attraction for you first, you will have a ridiculously high success rate at getting laid and getting a girlfriend.

What you will see is that women almost thank you by way of their body language, vibe, behavior, conversation style and attitude for giving them the attraction experience that they have been deprived of by 99% of other guys who meet them.

Awkward Nice Guys in the Movies

If you’ve been watching romantic comedy movies, TV sitcoms or even just watching the commercials on TV lately, you will have seen that the awkward nice guy usually gets the girl in the end if he saves the day, saves the world or saves the damsel in distress.

According to the story-lines in most “chick flick” movies, women are looking for a sweet, romantic nice guy who lavishes them with attention and does lots of cute and caring things for them, including buying them flowers and little fluffy tokens of affection at every opportunity.

In the movies, women want the nice guy to run errands for them, fight off bad boys and bring down evil corporations. When he does all that, he gets laid and gets the girl in the end and the credits roll.

Quite often, the women in romantic comedy movies eventually come to realize that the shy, awkward, socially inept guy that they’ve been “friends” with for years is actually the love of their life.

How could she have missed that? OMG.

He’s the guy who was willing to hang around and pick up the pieces after a bad boy broke her heart and finally, after years of being overlooked, she falls into his arms and they live happily ever after.

Ah hah! The secret to success with women is to show them how nice you are compared to other guys! YES! YES! YES!

In reality, women hate it when nice guys (who aren’t making her feel any attraction) try to convince her to like him by comparing themselves to the bad guys who just want to use her for sex.

A nice guy like that will be her shoulder to cry on and will always be there for her, hoping that she eventually realizes that she shouldn’t be hooking up with bad boys and should hook up with him instead.

She doesn’t hook up with bad boys because she wants a boyfriend or lover who is a bad person. Instead, the bad boys are usually just the only guy around who can make her feel enough attraction to justify having sex or a relationship.

Even though a bad boy is often a bad person, he will also often be very confident, masculine, charismatic and charming to the woman. She will also see that most other guys respect him and treat him well.

If you think about the fact that attraction is directly linked to survival, you will see that those traits will potentially (not definitely) make it easier for him to thrive, survive and prosper compared to a shy, awkward nice guy.

Of course, the answer is not to become a bad boy.

What women really want is a good guy who has awesome survival traits. This is what we here at The Modern Man call a good guy alpha male.

Essentially, you remain being the good guy that you are, but you also add in balls (i.e. confidence, assertiveness, masculine vibe, drive, courage, etc).

Having traits like that not only makes women feel attracted to you, but it also garners you the respect of men and often leads to you being promoted at work or doing much better than your competitors in the business world.

There is nothing wrong with being a good guy who also stands up for himself and goes after what he wants in life. It’s not about getting into fights or pushing people around (at all), but it is about being strong enough to keep pushing forward towards the achievement of your goals in life.

When a woman meets a guy who is basically being an ass-kissing nice guy around her and others, it doesn’t make her think, “WOW! This guy would survive, thrive and prosper if life got challenging.”

Maybe he would be able to survive, thrive and prosper if life got challenging, but he’s certainly not showing that to her.

Think about it the other way around…

Women wear make up to make themselves look healthier, younger looking and more beautiful to attract you. You can’t help feeling more attracted to women who have that on display compared to women who don’t.

If you see a woman who doesn’t look healthy, looks a bit old for her age and can’t be bothered putting on any make up or doing anything to look sexy and appealing, you’re probably not going to think, “WOW! She’d look hot if I took her to the hospital, got her some treatment, bought her sexier clothes and got her to wear make up.”

Instead, you’re just not going to feel much or any attraction for her. Then, if another woman walks by who is displaying signs of health, youthfulness and beauty, your attraction will automatically be switched on.

So, the next time you watch a movie, TV sitcom, music video or TV commercial and see hot women lusting after an awkward nice guy, don’t fall for it.

Don’t think that it will ever be possible to get women to feel a deep, primal feeling of sexual attraction to niceness.

It’s just not going to happen, regardless of how many movies or TV shows those awkward, nice guy screenwriters make because they are still pissed off about being rejected by women for being nice.

If you want to be successful with women, you do not have to become a bad boy, jerk or asshole who treats women badly. Instead, you simply need to improve your ability to trigger a woman’s feelings of attraction for you.

14 Traits of an Alpha Male

How to Flirt With a Woman