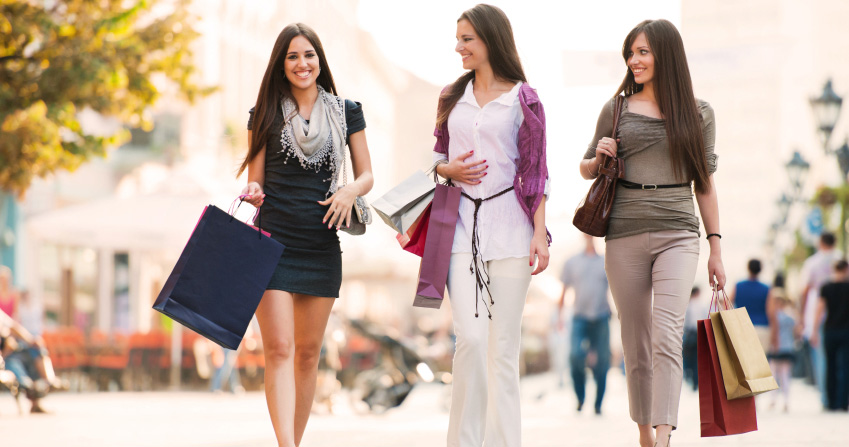 How to Attract a Classy Woman

To truly understand how to attract a classy woman, you first must understand what attracts women to men in the first place.

It doesn’t matter if a woman is rich, poor, classy or classless, the things that make her feel sexually attracted to a guy are going to be very similar.

I’m not talking about her “liking” a guy or appreciating that a guy is from the same class in society as she is, but what makes her feel sexually turned on.

How Do You Define Classy?

When a guy is seeking to learn how to attract a classy woman, he won’t always be imagining a classy woman in the same way as every other guy.

Some guys might consider a very posh, rich woman with expensive taste to be classy, whereas other guys might feel as though class has more to do with her manners and attitude to life.

So, how do you define classy? In the dictionary, classy is listed as meaning “stylish and sophisticated,” but does that definition describe what you’re looking for in a woman?

When it comes to defining classy in reference to a woman, there is no clear-cut answer. You could say that class, just like beauty, is in the eye of the beholder. It also depends on a person’s perspective and upbringing.

For example: If you meet a woman at a party and she uses the word “classy” to describe herself, would that make you see her as classy? Most guys would say “No” because when someone claims to be classy (or cool), they are usually labelled as being a “try hard.”

Class isn’t something a woman (or a man for that matter) can go out and buy and then wave in the face of others. This is where some of the guys who are looking to attract classy women go wrong. They assume that to attract a classy woman, they have to impress her with nice clothes, money and means.

In my opinion, real class has nothing to do with the clothes you wear, the car you drive, or where you’ve just flown in from. Class is about who you are (your character), where you’re going in life and how you treat others on the way to that destination.

By the way, if you’re wondering what I meant by “character” in the context of being attractive to women, here’s the dictionary definition:

Character (noun): The sum of features and traits that form the individual nature of a person. Qualities of honesty, courage, integrity, determination, etc.

One of the mistakes that a lot of men make when trying to convey their true character to women is to be extra nice in the hope of being liked. Yet, goodness and niceness isn’t enough to impress or attract women.

Classy Women Are Attracted to Men of Substance

If you are the sort of guy who knows exactly who he is and has the confidence and courage to be his true self around others, you are very attractive to all women.

You’re an aware, enlightened man who isn’t hiding from his true potential in life. You love and accept people for who they are, while also being an inspiration for them to become an even better version of themselves.

You aren’t afraid to think deeply and ponder the big questions of life, while at the same time being wise enough to still appreciate the simple things in life.

Who a guy is a person is what a classy woman is really interested in, not the superficial stuff that can be bought from a shop (e.g. colognes, nice shirts, shoes, a flashy car, etc).

A classy woman is looking for the real deal because she sees herself as the real deal. She will settle for nothing less than a fair exchange.

She’s sophisticated enough to know when a guy is genuinely being himself and when he’s trying hard to be someone that he’s not. A classy woman wants a real man, so you need to be able to communicate who you really are when you interact with her.

Classy Women Can Spot a Fake

Classy women don’t feel attracted to a faker who is posing in an expensive suit and shoes. They are looking for a genuine guy who doesn’t feel the need to put on an act, but who can also get along with them on their level.

If you are just pretending to be confident enough, cool enough or valuable enough for her, but deep down you don’t believe you are, she will spot it. She will pick up on the small cues from your body language, tonality, eye contact, vibe and conversation.

She will know that you’re trying to attract a woman whom you perceive to be way out of your league. When she notices that, it will turn her off on a deep level because she will feel as though hooking up with you would mean that she is losing value.

All women, not only classy women, want to feel as though they are trading up in value when they hook up with a guy. That doesn’t mean that you have to be wealthier than her or better looking than her at all; it just means that she has to feel as though she is lucky to be getting a guy like you.

That will happen when you know that you are more than good enough for her. How can you know that? Simple: You learn how to attract women when you interact with them. When you do that, you will notice that almost all of the women that you properly meet will feel a lot of attraction for you.

After experiencing that for a while, you get to a point where you just know that you’re good enough for most of the women you meet. When that happens, you have a certain vibe about you that is irresistibly attractive to women.

Just by interacting with you for 30 seconds to a minute, women can tell that you’re the sort of guy that most women want to be with. How? They feel a lot of attraction for you based on your body language, vibe, attitude and charisma and they realize that other women would feel that way too.

When you get to that level of skill with attracting women, it doesn’t matter if the woman is classy or classless – she will feel attracted to you. You will know exactly what to say and do to make her want to be with you sexually.

If a classy woman notices that you’re not only trying to pick her up, but you’re also keenly interested in women who are less attractive and less classy than her, it will completely turn her off. Classy women and beautiful women prefer men who are less easy to impress.

In other words, a guy who is a bit of a challenge…

If a woman gets the sense that you’re desperate to score with any woman who will give you a chance, it will turn her off on a deep level.

For example: When a party is winding down at the end of a night, a desperate guy will settle for any available woman and forget about his dreams of attracting a classy or very beautiful woman.

It may seem like a harmless act to hook up with any woman, but if you are willing to drop your standards and have sex with the “leftover” women that other guys don’t want, it may make you begin to feel like that’s all you really deserve.

After a while, you may come to believe that you’re the sort of guy who can only get women that other guys don’t want…and that just isn’t true.

Classy people demonstrate self-respect (to themselves and to others) by expecting their standards be met. They know what they want out of life, they know what they value and they’re not prepared to settle for anything less.

The guys who settle for any woman have no self-respect and no self-respecting woman will want to be associated with a guy like that. A classy woman wants a man who has high standards that he will stick by, rather than accepting whatever he can get.

For some guys, having sex with any type of woman feels like a better option than another night alone, but accepting junk affects your character. Think about the classy men that you’ve met who have high standards and only accept the best.

They have a certain air about them that is impressive. They are strong-minded and are the sort of man who get what they want out of life. Classy women pick up on those subtle cues and it is what makes him stand out from the crowd.

If you want to attract a classy woman, you have to start treating yourself with more respect. Expect the best and stop at nothing until you get it, because you really do deserve it.

Rejection Isn’t What Most Guys Think it is…