Kissing a woman instantly releases natural drugs in her brain that cause her to consider having sex with you.

So, if there’s a woman that you like and you are aiming to have a sexual relationship with her, stop talking to her or trying to get to know her and just kiss her.

Some guys make the mistake of hanging around a woman for months and sometimes YEARS, hoping that something will happen.

Guys like that will often lose sleep at night wondering if the girl likes them or not, never realizing that a sexual relationship with her is just a kiss away.

Most women won’t kiss a guy first because they want to see that he has enough confidence and masculinity to do it on his own.

Women don’t want to have to guide an insecure, hesitant or clueless guy through the process of hooking up with them. They want you to know when they are interested and then kiss them when the time is right.

Kissing Releases a Natural Drug That Makes Her Want Sex

Scientists have discovered that when a man and a woman kiss, it triggers the release of several neurotransmitters in their brain, such as:

Dopamine: Dopamine is directly associated with the reward system of the brain. The chemical induces enjoyable feelings in a person to help motivate them to continue performing certain activities. So, when you kiss her, the dopamine naturally increases her feelings of desire for you.

Serotonin: An increase in a woman’s serotonin levels creates that feel-good mood associated with kissing. Both of you might feel that “buzz” in your heart where you suddenly feel like you have connected and there is a unique and exciting spark between you.

Oxytocin: Also known as the love hormone, oxytocin is released during orgasm, kissing and foreplay. The release of oxytocin is believed to increase the bond of attachment between couples.

No amount of talking or being nice to a woman is going to get this chemical flooding through her brain. If you want a woman to have sexual desire for you beyond her initial attraction, you have to make a move and kiss her so you can get some oxytocin flowing through her brain.

Kissing Her Changes Everything

The end of the friendship (or a friendly interaction between two strangers) and the beginning of a sexual relationship, starts with a KISS.

No amount of talking to a woman will cause her to feel the same kind of sexual desire that will occur when you kiss her. A woman might really like you and want to be with you, but without a kiss, those feelings can fade away.

If you just talk to a girl and hope that something magically happens or that she makes the first move, you run the risk of being replaced by another guy who knows how to make her feel attracted and then has the confidence to make a move. 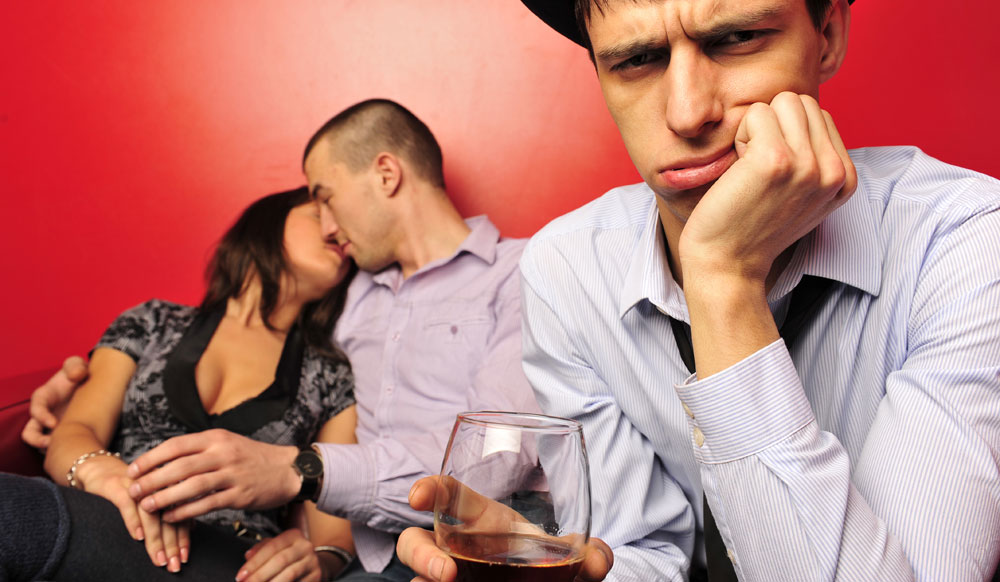 Nothing bad will happen if you move in for a kiss and she doesn’t want to. You just have to say in a confident, relaxed manner, “Oh, okay…I guess I was reading the signals incorrectly. You’re not ready to kiss me yet.”

If that happens, you haven’t been fully rejected. It’s just a temporary obstacle that you need to overcome by making her feel more attraction for you. Here’s how it works…

Personally speaking, I will sometimes kiss a woman within minutes of first meeting her.

The reason I am able to kiss women so quickly and easily is that I start by attracting women first. I don’t talk to them like a friend who is trying to get to know them. I do talk to them in a friendly way, but I also make the interaction feel sexual in a subtle way.

What Your Kiss Reveals to Her

The first kiss is very important to a woman.

When you kiss her for the first time, she wants to feel your confidence, masculinity and love. However, she doesn’t want you to go overboard with it. She wants to see that you find her incredibly sexy, but you can also control yourself.

Instead, you’re just relaxed, confident and doing whatever you feel like doing in the moment.

If a woman gets the sense that you’re not worrying about trying to impress her and are just doing whatever you feel like doing in the moment, it will be deeply attractive to her. Being like that allows her to trust in your ability to be the man.

She doesn’t have to continually question whether or not you are confident enough to be with her. She can see it. You are the man.

When she sees that, it allows her to relax into being girly around you, which is hugely satisfying for women. Most guys can’t make women feel that way.

When she feels girly around you and trusts in your confidence, your kiss will feel a million times better than it would if she felt awkward around you because you lacked confidence.

In a study carried out by evolutionary psychologist Gordon Gallup, 66% of women reported that they had once ended a new relationship because the guy they were dating was a “bad kisser.” That’s a pretty big percentage and a very strong case for not just planting your lips onto a woman’s face and hoping for the best.

How to Attract a Classy Woman