How to Pick Up Women at a Wedding

To pick up women at a wedding, you can approach it in one of two ways…

Strategy 1: Be the Cool, Social Guy 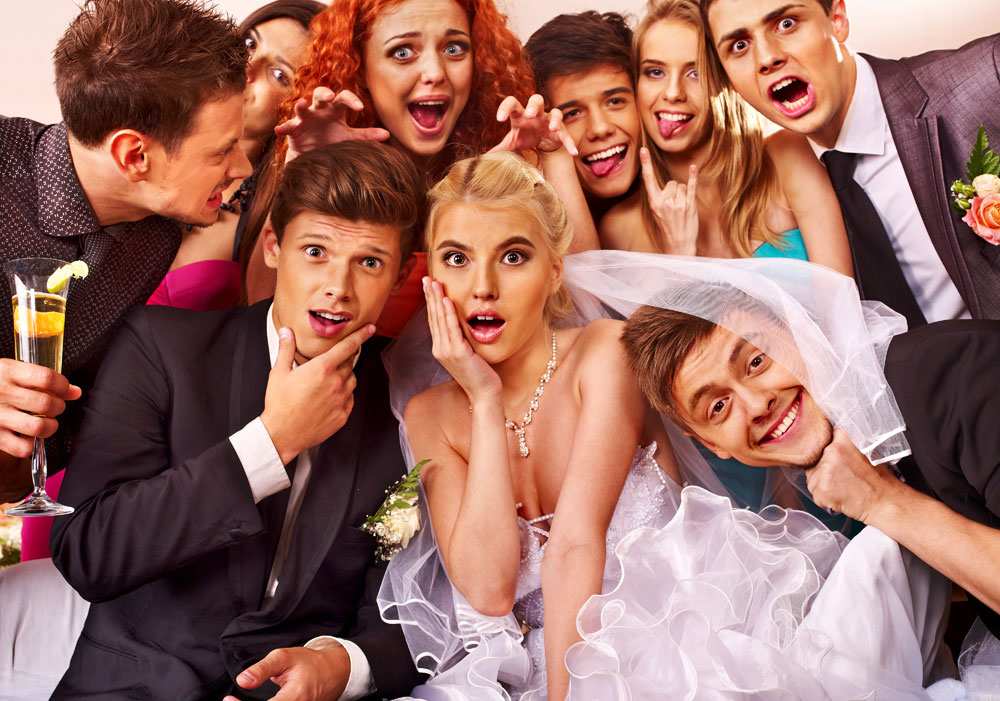 If you’re going to use this approach, you should just focus on being your natural, cool, confident self and go around having fun conversations with everyone.

When the beautiful women notice that other people (including women) enjoy talking to you, they will begin to feel curious to meet you. When you approach to say hello, they will glad to finally get a chance to talk to you.

However, if the beautiful notice that you seem to be the shy, awkward guy who isn’t getting along with others, they will feel repelled by you. Why? Women are naturally attracted to confident men who have the social skills to get along with and be respected by other people.

The attraction that a woman feels for a man is directly linked to her survival instincts. A confident guy who gets along well with others is more likely to survive, thrive and prosper during hard times compared to a shy, awkward guy who isn’t liked or respected by most people.

So, if you’re going to use the strategy of being the cool, social guy, make sure that you focus on having fun, easy-going conversations with many people to get yourself into a confident, social mood so that when you meet a beautiful woman that you really like, you aren’t feeling nervous or unsure of yourself.

When you approach and talk to a beautiful woman at the wedding, just need to make sure that you do one, simple thing: Make her feel sexually attracted to you.

As you will discover from the video above, you can make a woman feel attracted to you in many different ways when you interact with her (e.g. by being confident, charismatic, charming, funny, etc).

Strategy 2: Be the Confident, Alpha Male Who Simply Goes After the Girl He Wants

If you’re a confident guy and don’t need to get yourself warmed up before approaching women, then simply walk up and talk to the hotties at the wedding.

All you need to do is relax, make them feel attracted to you and keep the conversation going long enough for the sexual tension to build up between you. You can then release that built up sexual tension with kissing and sex that night.

Tapping into the Painful Emotions That Single Women Feel at Weddings 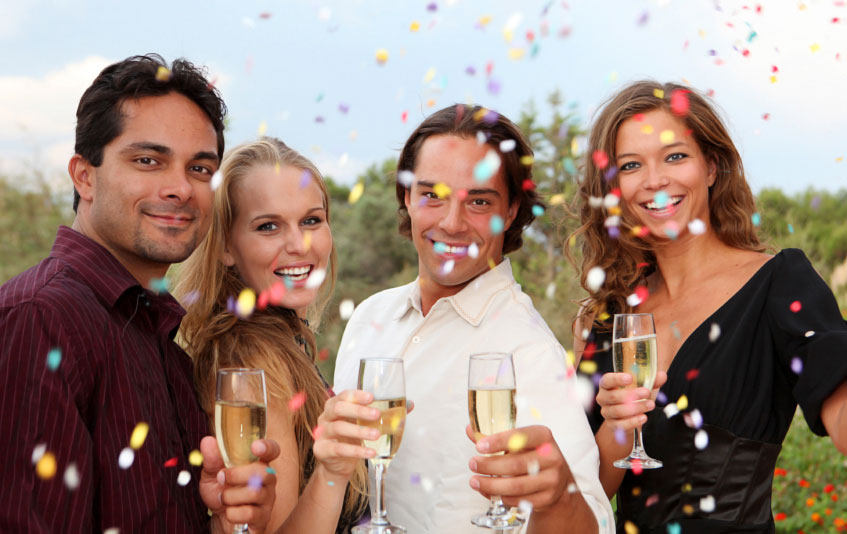 If you’ve been to a few weddings in your life, you’d know that they can be a great place to meet single women.

Whether it’s the bridesmaids, the bride’s sisters, her best friends or simply random invited guests; weddings are fertile ground when it comes to meeting women. 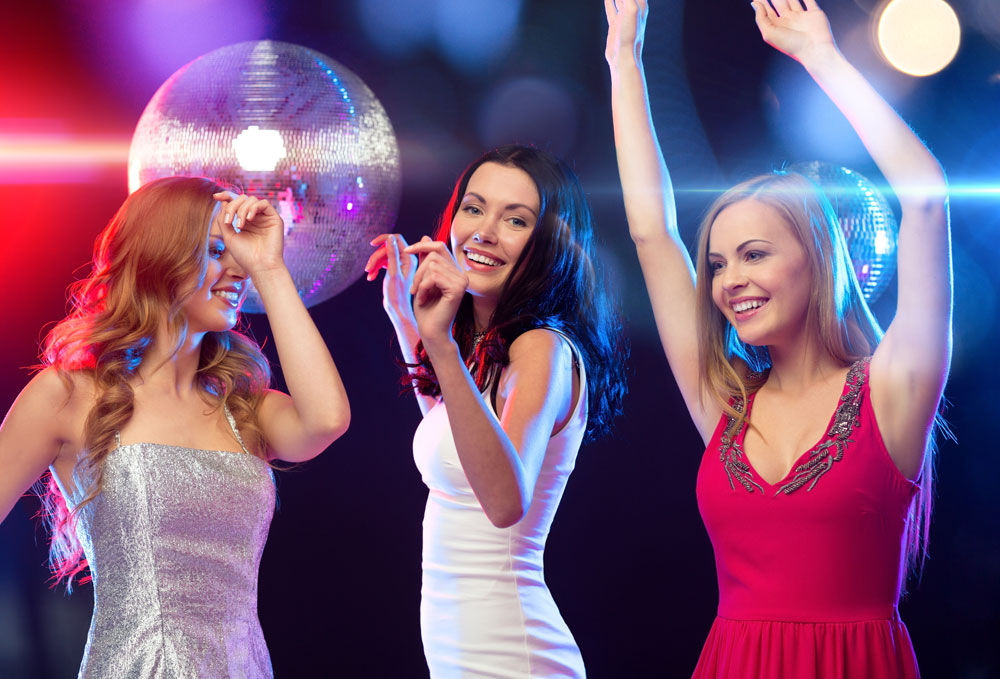 With so many happy couples around them, single women often feel sad about not having a boyfriend and, after a few drinks, become completely open to being seduced by a great guy.

Women want to be in love or at least have a lover or boyfriend, so if she begins feeling like the odd one out when many other women have a boyfriend or husband, she will be very receptive to your approach and conversation. 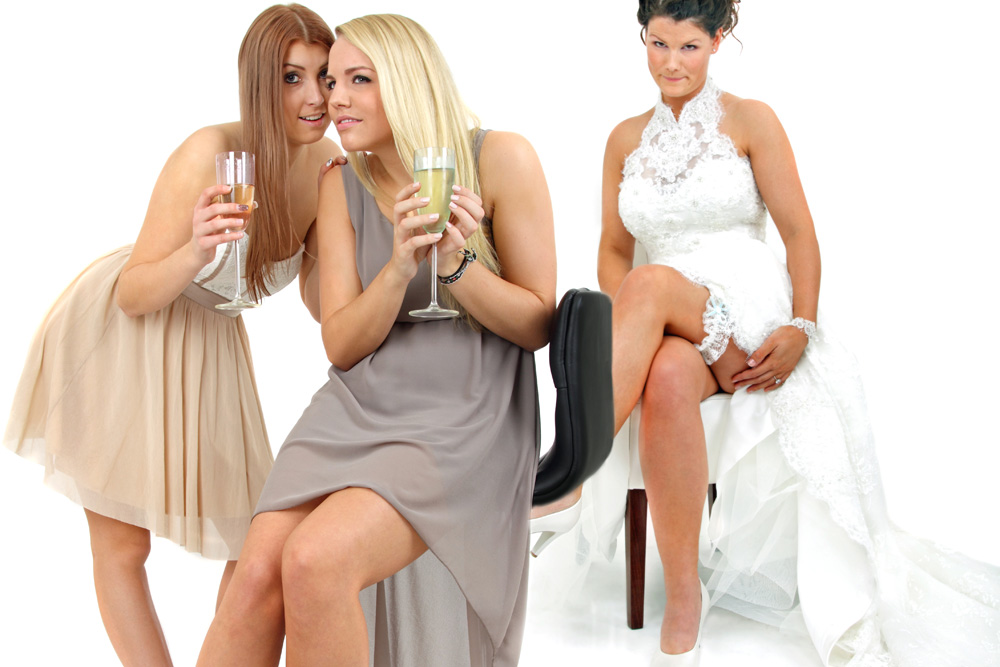 Even though weddings are a great opportunity to meet women, some guys will let the chance slip through their fingers by making some or more of the following mistakes:

1. Trying to “get lucky” with any woman

Some guys simply try to hit on every woman they can and hope that one of them likes him. He will essentially “try his luck” with pretty much any woman who will talk to him.

Most women see what is happening and label him as being desperate, low value guy who is just hoping to score with any woman. Women want to feel as though you could have other women, but will choose her if she impresses YOU enough.

She wants to feel like you are valuable as a guy, rather than her being valuable and you hoping to get a chance with her.

Watch this video for more info:

Since alcohol is usually free and widely available at weddings, some guys have a few drinks very quickly to build up enough courage to talk to women.

If he still can’t do it after 4-5 drinks, he will drink some more and soon enough, he will be on the verge of being drunk.

There’s nothing wrong with having a drink, but using it to build up courage doesn’t win women over if they notice that you’re actually drunk. Women are attracted to guys with real confidence and can spot fake confidence a mile away.

There’s nothing wrong with being friendly to women, but if you want a woman to feel the urge to kiss you, have sex with you or catch up with you for a date after the wedding, you have to focus on making her feel sexually attracted to you.

Friendliness or nice, polite conversation doesn’t make a woman feel turned on and eager to have sex with you. Why? Watch this video to understand…

If you’re going to dance, just stick to simple moves and don’t try to be too impressive.

If a guy looks awkward, tense or uncomfortable as he dances on the floor, women can see it a mile away. Most guys don’t know how to dance and should stick to simple moves, rather than going overboard and appearing uncomfortable and out of place.

5. Being too shy to make a move

Some guys will notice a woman they like and will spend the entire day and night looking over at her, smiling and hoping that she will make the first move.

Generally speaking, women don’t like to make the first move because they don’t want to feel like the dominant or masculine one. A woman dreams of meeting a guy who has the confidence to walk over and make her feel like a real woman.

This means a guy who is masculine and decisive in his behavior and actions; a guy who knows what he wants and isn’t afraid to go and get it. If you stay in the background, she may eventually lose interest in you.

If a confident guy approaches her and makes her feel attracted, she will usually just forget you and become interested in him.

6. Trying too hard to be liked

Some guys try too hard to be liked by everyone at the wedding or at their table. As a result, they end up being secretly disliked by almost everyone.

This is the sort of guy who will offer to go and get everyone’s drinks and generally act like the helpful, nice guy who only has friendly (not sexual) intentions. Women will think he’s a nice friend, but that’s usually as far as their feelings will go.

Being the nice guy who runs around doing the dirty work for everyone else is not going to impress a woman enough to feel attraction for him.

She will enjoy the attention while keeping an eye out for a real man to come and rescue her.

There’s nothing wrong with being nice, helping out or even pouring some drinks for other people, but if you’re acting like Mr. Nice Guy who “just wants to help” when your real motive is to hopefully impress a girl, people will see right through it.

The best approach to picking up women at a wedding is to be natural, easy-going, positive and confident when talking with people.

Just be your normal, confident, cool self and let things happen naturally. Allow your natural confidence and charisma to come through when you’re walking around and talking to many people and having a great time.

When you talk to the beautiful women, they won’t assume that you’re desperately trying to pick them up because they will have seen you having a great time with other people. They will see you as a cool, confident, popular guy who is worth getting to know.

Of course, if you’re already a confident, cool alpha male, then you don’t need to anything else but walk over and make her feel naturally attracted to you.

I’m Still a Virgin: How Do I Lose My Virginity?