Where to Find Women

Anyone can tell you where to find women; that’s the easy part.

For example, you can meet and pick up women in places like a:

Being in the same place as women isn’t quite the same as meeting and then having sex with those women, is it?

If you want to meet and have sex with women, it’s not about knowing where to go, but what to do when you get there that is important.

For example: If you’re going out to meet women, you’re going to need to have the confidence to approach them…

Additionally, when you approach women, you’re going to need to know how to attract them…

As you will discover from watching the videos above, women will be happy and excited to meet you if you can approach and trigger their feelings of sexual attraction.

If you’re planning on going out to meet women and hoping to be liked because you’re such a nice guy, then you will be shocked to find that most women reject you. Why? Watch this video to understand…

When you find a woman that you like, it’s critically important that you focus on triggering her feelings of sexual attraction for you.

These days, almost all women select a man based on how much sexual attraction he makes her feel, not how nice he is. Why? Unlike in the past, today’s women don’t have to settle down with the first nice, gentlemanly man that they find who has the ability to support them.

Today’s women can have sex before marriage, can make their own money and can break up with guys who aren’t able to make them feel the type of respect, love and attraction that they want to feel for a guy when in a relationship.

Knowing What to Say

A lot of the guys who are interested in finding a woman to date don’t really know what they are going to say to the women they meet.

As you will discover from the video above, to have attractive conversations with women, you need to believe in yourself and not try so hard to impress women.

When you can allow your natural charisma to shine through during a conversation with a woman, she will automatically feel attracted and drawn to you. However, if you put on a social person (e.g. acting like more of a nice guy than you actually are), women will sense it and feel turned off by you.

Most guys simply don’t know how to approach and attract women because it’s not something that we’re taught in school or by our father (in most cases).

The producers of TV shows and movies ensure that the guys who approach women usually end up getting slapped, having a drink tipped over their head or being humiliated in one way or another. 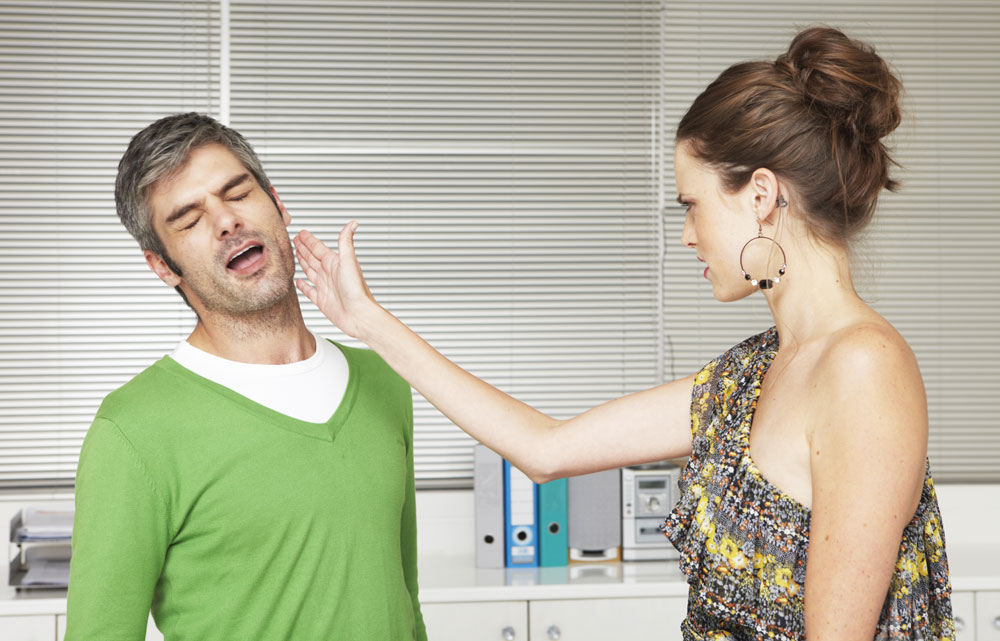 Women are often portrayed as being mean and unapproachable because that is entertaining for women to watch. They think, “Wow, she’s so mean. I’m not like that at all. This is funny!”

Approaching, attracting and picking up women correctly involves many “moving parts” including:

If you don’t know how to do that, then you need to learn how to do it, otherwise your success with women will be mostly full of rejection and confusion about why women don’t seem to like you or want to be with you.

Attracting Women by Being More Alpha

Most guys are afraid of being an alpha male because they assume that it means to be an arrogant, selfish, mean, bossy jerk who acts like the top dog all the time.

That’s not what an alpha male is.

Being an alpha male is simple and it essentially comes down to you being more confident in who you are and what you’ve got to offer women and the world. At The Modern Man, we teach guys how to be good guy alpha males, so if you’re worried that being an alpha male is about being a bad boy, stop worrying.

The fact is that women are more attracted to alpha males than any other type of guy, so if you want to effortlessly attract women, you need to embrace your inner alpha male and let it come through via your vibe, body language, attitude, behavior, conversation style and actions.

Alpha male traits and qualities generates a deep sexual attraction inside of a woman that she feels powerless to resist.

Some alpha male qualities include:

True confidence doesn’t need to be displayed outwardly as aggression or domineering behavior. Instead, it’s about being comfortable and relaxed just being yourself anytime, anyplace, anywhere.

The most important part of a man’s masculinity has to do with his “inner” masculinity (e.g. being confident, having purpose in life,being driven, assertive, determined, loving, balanced, forward-moving, etc).

It’s a common misconception that “manly” men need to enter into chest-beating types of behavior to demonstrate their “superiority” over other men. Yet, none of that impresses women at all…especially when women notice that men are doing it to try to impress women.

Women are impressed by men who have the mental and emotional strength to be natural leaders and to earn the respect of other alpha males, without having to resort to violence or overly-aggressive behavior.

Men with social intelligence are men who have communication skills that allow them to connect with the people they meet, make friends and command respect.

A man’s ability to get on with and interact with other people is a big part of his ability to be a protector and provider. In the far-distant past, a man living in isolation was a man who didn’t have any kind of “social network” to help him survive when times were tough.

Remember: For most of human history, there were no supermarkets, police, etc, so it makes total sense that women are instinctively attracted to guys who can get along well with others. When times were tough, he would be able to rely on friends and allies to help him survive.

For most of human history, a man being a loner and not being able to get along with others meant that breeding with him would be riskier than breeding with a guy who had many friends or who had the respect of other men.

The world has changed and nervous, wimpy guys can now buy food from a supermarket, but the social intelligence of an alpha male is still just as instinctively attractive to a woman as it ever was.

A man who doesn’t have true confidence and who lacks mental and emotional masculinity, is usually a man who often feels uncomfortable in social situations and generally feels shy and anxious around women.

Finding Women to Have Sex With

A lot of guys don’t realize how easy the majority of women are to pick up and have sex with.

Women go around acting like they have tremendously high standards when it comes to men, but most of them are much more flexible about what they find attractive in a man than most guys realize.

If you want to find women to have sex with, you don’t have to look very far at all. Just approach women that you like, trigger their feelings of sexual attraction and either kiss and have sex on the first night or get her number and hook up with her on the first date.

In other words, most women will have sex with you pretty quickly these days. As long as you know how to trigger a woman’s feelings of sexual attraction for you, it’s pretty simple to get laid and get a girlfriend these days.

Why Am I Afraid to Approach Women?

How to Be a Real Man