How to Be a Good Boyfriend: 4 Mistakes to Avoid

To keep your girlfriend happy and ensure that she wants to stay with you for life, you need to commit to the idea of loving her, as well as being the type of man that she can be proud of in every way.

For example, to be a good boyfriend you should:

If your behavior and attitude makes her unhappy and if you don’t really care about giving her your love, then the relationship will gradually fall apart.

Being a good boyfriend is easy to do, as long as you have the right mindset and attitude. Love her for who she is and be patient as both of you grow together in the relationship.

Above all, make sure that you continue to make her feel attracted to you. Unlike in the past, women are no longer ashamed to break up with a guy if the relationship isn’t working out or if she isn’t feeling the type of love, respect and attraction that she wants to feel when in a relationship with a guy.

As you will discover from the video above, you can deepen your girlfriend’s feelings of respect, love and attraction for you over time. You don’t have to be another one of those couples who fall out of love and break up before the relationship reaches the stage of truly committed love.

Here are some common mistakes that guys make when trying to be a good boyfriend, which actually end up ruining their relationship and causing a break up.

1. Saying, “You’re My Everything…and Without You, I’d Be Nothing” 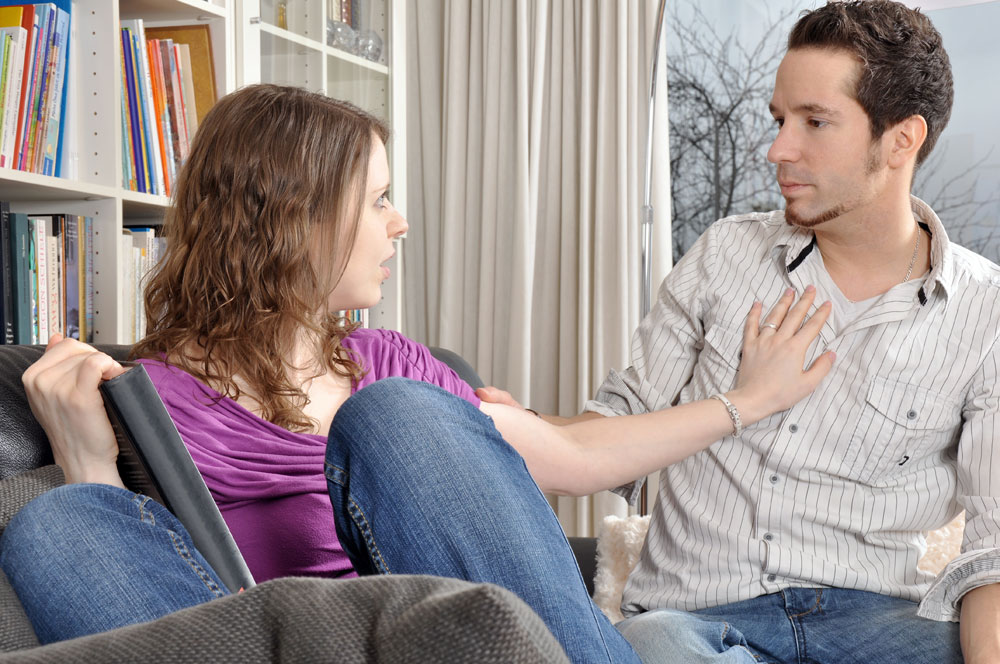 Women really love it when you give them genuine affection, attention and love, but they don’t like it when you go overboard and make them the only focus of your life.

Some guys stop focussing on other areas of their life and zone right in on their girlfriend, which ends up making her feel smothered instead of happy.

A guy who makes this mistake may try to spend every spare minute he has with her, or spend his spare time helping with her homework, household chores and errands.

He might buy her lots of expensive gifts, take her on trips he can’t afford or or shower her with other tokens of affection. He might regularly tell her how much he needs her in life his and that his life would be nothing without her. Sounds like a good boyfriend, right? Wrong.

Yes, there are women who want everything to be about them, but that isn’t the woman you should want to be with anyway. The perfect girlfriend is one who loves her boyfriend as much as he loves her and who goes out of her way to make him feel special too. She wants a man who:

If you make her your “everything” and hide away from other areas of life, she will naturally begin to lose interest after the initial novelty of being flattered by all your attention wears off.

She may even come to the conclusion that you’re afraid to become a bigger and better man and just want to hide from the world behind her and a relationship. To be a good boyfriend, you have to be a man that she can look up to and respect.

Just as it’s a mistake to make your girlfriend the center of your universe, it is equally unwise to try to convince her give up her dreams, ambitions and social lifestyle for you.

Men who make this mistake often begin to think, behave and act in an insecure way around their girlfriend. They become clingy, overly-protective, jealous and so forth. They live in terror of losing their woman and constantly need to be reminded of how much she loves them.

A man like this might demand answers to questions like, “How much do you love me?” or “Have you loved other guys like you love me?” Other men will insist that their girlfriend should focus her life only on him and spending time on other things or with friends is disloyal to him.

He will try to control her and will think that by showing her his “supremacy” over her, she will be impressed by his “strength” and will respect him. However, the result he gets will be the exact opposite; his girlfriend will lose more and more respect every time he tries to control her or behaves in an insecure way.

If you want to know how to be a good boyfriend, you must understand that you don’t “own” your girlfriend and you should never try to control what she does. It’s up to her how many times she sees you per week or whether she wants to catch up with friends without you.

The more you try to control her, the more she will want to rebel against you or get away from you.

On the other hand, if you give a woman the freedom she rightfully deserves, while also being attractive to her (i.e. by being a confident, strong man who is reaching for his true potential in life, while also giving love, attention and emotional support to her), then she is going to want to see you all the time and will rarely want to go out with friends if you’re not by her side.

3. Not Taking the Lead

Women can make their own decisions and lead people in many areas of life, such as in the workplace. However, when it comes to a boyfriend-girlfriend relationship, most women want to to relax and allow you to take the lead.

Instead of asking her, “Where should we go tonight?” or saying something like, “I don’t care what we do. You decide where we can go tonight and I’ll go” a woman wants you to take on the leading role and allow her to relax into your masculine direction.

She will want to take the lead at times, but generally speaking, she will want you to take on that role in the relationship. If you don’t, then she will feel unsatisfied at her core and will naturally begin losing respect and attraction for you. When that happens, she will gradually begin falling out of love with you.

4. Copying the Behavior of Men From TV Sitcoms or Movies

When a man is in a relationship with his ideal girlfriend and wants to know how to be a good boyfriend, he often will look for advice in all the wrong places.

He will watch TV shows or romantic comedies and think that what he is seeing on TV is how relationships are supposed to be. For instance, he’ll see a boyfriend behaving in a nervous way around his girlfriend and essentially being a doormat for her to walk all over.

Despite the fact that a woman wouldn’t enjoy being with a boyfriend like that in the real world, the TV scriptwriters will turn the situation around by the end of the episode or series and his girlfriend will be madly in love with him and everything will be just fine.

These days, a lot of men don’t stop to think that TV sitcoms and movies are generally designed as entertainment. The scenes are meant to amuse the audience and keep them watching, not educate them on how to be happy in a relationship.

Be the Best Man You Can Be

To be a good boyfriend, you should focus on becoming and being the best man you can be.

Be someone whom she can be proud of and look up to. However, at the same time, make sure that you encourage her to be the best woman she can be.

Don’t try to get her to hide away from life because you’re afraid she’ll meet another guy. Love her and encourage her, but don’t get in the way of her doing whatever she wants to do.

If you can do that while also becoming a bigger and better man every day, then you won’t be a good boyfriend, you’ll be an amazing boyfriend.

My Girlfriend Doesn’t Love Me Anymore