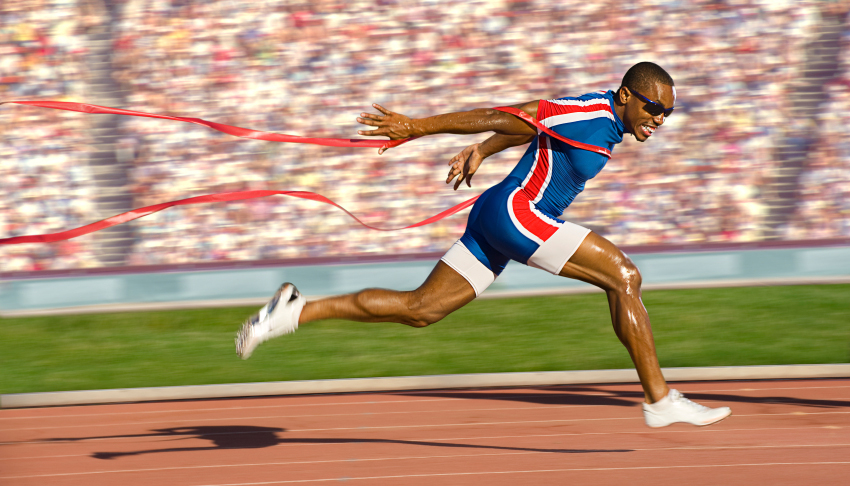 Visualization: Does it Actually Work?

Visualization can definitely help a person become clearer about what they want to achieve and more determined to follow through and make it happen.

If you aren’t clear about the exact goals that you want to achieve, you will likely spend a lot of time going around in circles. Likewise, if you aren’t determined enough to succeed, you might give up when things begin to become challenging.

Preparing Yourself For Success

Over the years, many studies have shown that visualization helps you to mentally prepare so that you feel confident enough to take action when an opportunity to achieve your goal presents itself. It allows you to experience what success might look like and feel like, even before you take any action.

Here’s an example of how visualization helps a man build up the confidence to approach women:

To make visualization really work, you must follow through on what you’ve been visualizing. In other words, you have to take action and head towards the vision. Just sitting around and thinking about what you want doesn’t get you very far, as you have probably already discovered in life so far.

Jamaican sprinter Usain Bolt is the fastest man on earth.

He won gold medals in both the 100 meters and 200 meters events at the 2008 Beijing Olympics and the following year he confirmed his status as the world’s fastest man by setting a new world record time of 9.58 seconds for 100 meters at the 2009 Athletics World Championships.

In a track side interview after his phenomenal performance he said, “I just visualized and then executed my plan.” So, does that mean visualization was the reason he won the race? Of course not, but it definitely would be one of the many tools and techniques that he uses in combination to perform at such an elite level.

The same applies to my success with women. I have had sex with more than 250 women because I use powerful techniques that make women feel incredible levels of attraction and lust for me. I spent a bit of time visualizing that things would go well and imagining how I would do it…and then I did it.

The term ‘visualization’ describes a technique used in sport by top class athletes, also known as mental rehearsal or imagery. It’s a learned mental skill that, in a nutshell, involves the athlete relaxing in a comfortable position and thinking about their sport. It sounds very simple but, like all skills in life, it requires dedicated time and practice to master.

Scientific research has found that thinking about a physical activity literally stimulates the brain to send electrical signals to the muscles involved in that particular physical activity, even though no actual physical movement is taking place.

For example: A soccer player can visualize himself kicking the ball in a detailed image in his mind’s-eye and the muscles involved in that movement will be stimulated by electrical impulses sent from his brain.

The benefit of this type of thinking is that is strengthens the neural pathways and helps promote what is termed “muscle memory.” This means that by mastering the art of visualization, an athlete can mentally practice their sport and develop the successful patterns of movement needed without the need to physically fatigue the required muscles in the process.

Being able to visualize a winning performance has obvious advantages in sport, but it is also a useful technique that can be used to equal advantage across all areas of life. Learning how to visualize is like having your own inner cinema screen on which you can play any movie of your choice.

Of course, like the athletes do, you also need to take action and go after what you are visualizing. Otherwise, it will just remain a private fantasy.

Visualizing positive outcomes under every conceivable set of circumstances is a tried, tested and proven method of coping with competitive stress in the sports world but it’s equally effective in the business world.

Former British javelin thrower Steve Backley, now a motivational speaker, used visualization throughout his entire competitive career. He says he prepared himself for the high pressure environment of competitive sport at top level by imagining himself in a losing position in the last round of a major competition with only one throw left.

He then ‘saw’ himself throwing a technically perfect final throw to win the competition.

Most professional athletes also practice mental skills training alongside physical skills training to achieve peak fitness and the winning ‘edge’. In sport, this is often referred to as having the ‘mental edge’ with the winner being the athlete who has the most belief in their ability as opposed to simply having superior physical ability.

The Easy Way to Practice Visualization

Relax – You need to be comfortable to be able to concentrate on your vision, so find a quiet, peaceful place and a position that allows you to totally relax. Initially, you’ll need to be in a place where you won’t be disturbed or distracted but with practice, you’ll be able to remain focused even when lots of other things are going on around you.

Begin at the end – Create a mental image of yourself as the success you want to become.

If it is about your success with finding a perfect girlfriend, the image might be of you and a loving girlfriend embracing and kissing, then telling each other how much you love each other. If your visualization is about your career, you might picture yourself being praised by a boss for doing such a great job while working in your ultimate dream job.

Build your story – Now that you’ve crafted the closing scene of your success movie, you must go back to the start and begin building the rest of the movie scene by scene. Each scene tells the story of how you are going to get from where you are to where you want to be at the end of the visualization movie.

Make it real – add as much detail as possible to each image. Go beyond simply viewing the movie, give it the 3D, cinema surround-sound treatment and bring each scene to life.

See the images and also hear everything that’s going on, smell everything around you, taste the food, and feel every emotion just as you would in reality. Use all of your senses to make your visualization experience as ‘real’ as possible.

When you first begin, you may find it difficult to maintain concentration for more than a few minutes at a time, so try to schedule short periods of time to practice every few days.

As your skills develop, you will be able to stay focused for longer periods of time and you will also be able to add greater texture to your images, allowing you to play out every stage of your journey to success in your mind’s-eye.

It might be unrealistic to visualize yourself crossing the finish line ahead of Usain Bolt, but you’ll definitely be able to ‘win the race’ that you’re trying to win in your life – whether that be the race to find a great girlfriend, build a successful career or live a truly fulfilling and happy life.

So, Does Visualization Actually Work?

In my opinion, I think that positive visualization helps a person become more successful because it makes you feel more confident, more clear on what you want and more determined to get there.

I don’t think that visualization is the answer to success, but it is a useful tool that I use and that I recommend to others.

Should You Text Her or Sext Her?