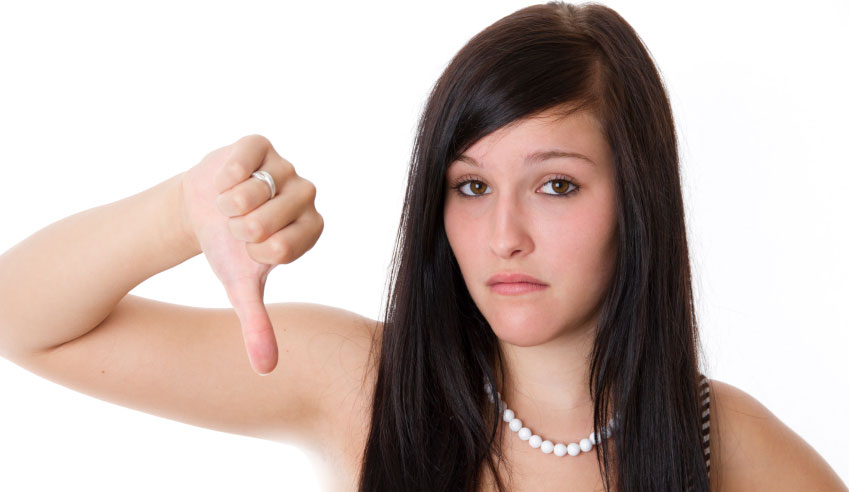 Do Women Respond Negatively to You?

Most guys get shot down and rejected when they first start approaching women because it seems like an easy thing to do.

After getting rejected a few times, a guy will usually give up and begin to develop insecurities about why women might not like him (e.g. not good looking enough, rich enough, tall enough, athletic enough, etc).

Even though he often notices average, below-average or even “ugly” looking guys with beautiful women, he only wants to pay attention to the things that help reinforce his insecurities (e.g. he only remembers the times he has seen a beautiful woman with a good looking guy, or when he has overhead a woman saying that she only dates hot guys).

Maybe you are one of the intelligent guys who understand that most women choose men for reasons OTHER than looks, money, height and muscles. You have seen average, below-average or even “ugly” looking guys who aren’t successful in life with a sexy woman as a lover, girlfriend or wife.

Yet, if that is true, why aren’t you getting the same positive results that other guys are getting with women?

Are those guys getting lucky, or are they using attraction techniques that you are simply unaware of? Is it possible that you may have a few things to learn about women before you can start getting the results you want?

Do Women Feel Compatible Enough With You?

Often, the reason why a woman will responded “negatively” towards you is that she just doesn’t feel like compatible with you based on how you are making her feel. For example: If your conversation style is boring or if you are focussing more on being friendly than creating a sexual vibe via flirting, then she isn’t going to be very interested.

You may be compatible with her in many ways, but if you can’t make her feel emotionally turned on during a conversation, then she will find it difficult to maintain her interest in you. Something just won’t feel right to her. She will like you, but since your conversation style is boring or is lacking a sexual vibe, she will assume that a relationship with you or having sex with you may be boring too.

These days, if a guy doesn’t know how to attract women properly, he will have a hard time getting laid or getting a girlfriend. Why? Women don’t NEED men like they used to.

In the early 1900s for example, most women couldn’t earn their own money and needed a man to support them. Back then, society expected women to remain a virgin, find a man, marry him, lose her virginity, make children, raise the children, cook and clean for the man and then die.

Today, society tells women to do what ever they want to do. Women are free to have sex, focus on a career and put off marriage and childbirth for as long as they want. As a result of this change, women play harder to get. If a guy doesn’t know what he’s doing in terms of attraction and escalating to sex, women will just ignore him and hook up with a guy who does.

A guy who doesn’t understand how to attract and hook up with women will feel as though most women don’t like him. However, the truth is that most women would like him if he approached the sexual courtship correctly. Yet, since he isn’t doing it right, the woman just doesn’t feel like he’s a compatible match.

3 Common Mistakes Guys Make That Cause Women to React Negatively

Here are some common mistakes that guys make, which almost guarantee that the woman will respond negatively: 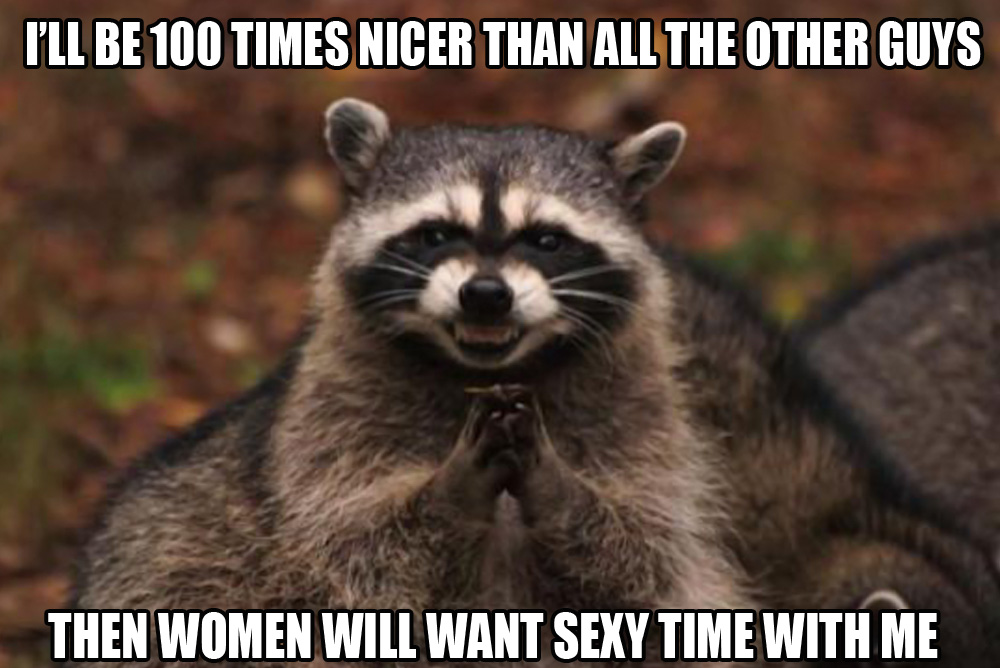 There’s nothing wrong with being nice to a woman, but being too nice to her in the hope that she LIKES you is a problem.

When interacting with a woman, you have to first make her feel SEXUAL ATTRACTION for you and then you can get her to like you as a person. The classic mistake of a nice guy is that he tries to get girls to LIKE him as a person and then hope that the woman then wants to have sex with him because of that. 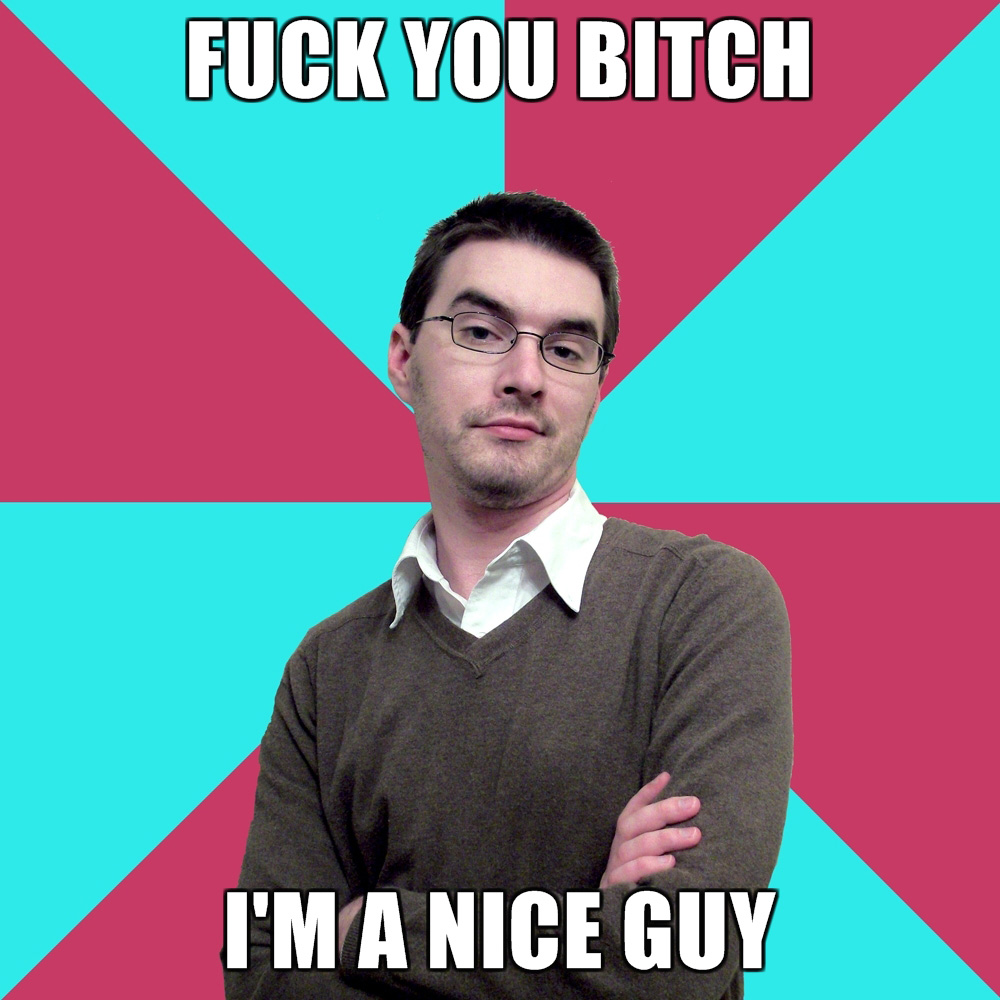 Being a nice guy or a friend to a woman is NOT the step before sex. As you would have seen, guys who know what they are doing with women can walk up to a woman and be kissing her within minutes and then have sex with her that night. It’s not about being a bad boy, being a jerk or an asshole – it’s about making the woman feel sexual attraction for you, while ALSO being a good guy.

If you’re just a nice guy and that’s all you’ve got to offer a woman, 99% of women will reject you. They just won’t be interested because they’ve experienced that boring, confused approach from men all their life.

She wants to feel the excitement and pleasure of sexual attraction. Once a woman feels sexual attraction for a guy, everything else about him that is good or interesting becomes so much more special to her.

2. Trying Too Hard to Impress 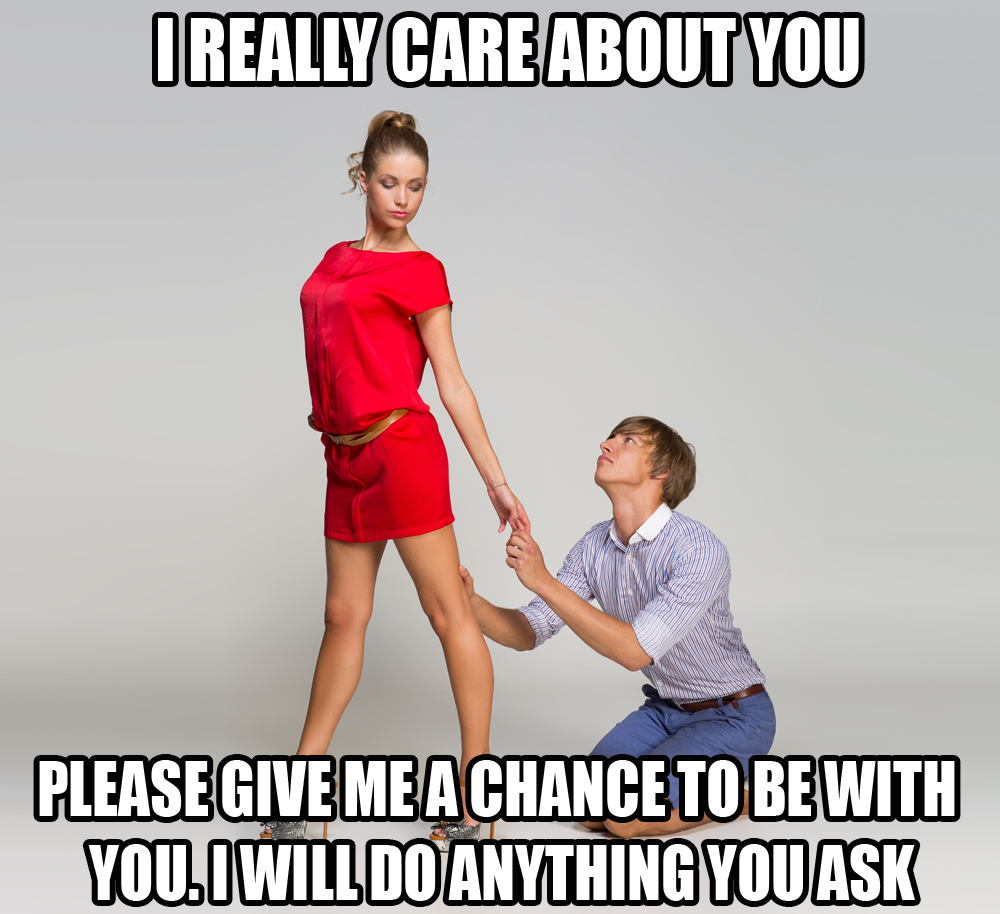 Women are funny creatures. They will go around acting as though they want men to impress them, but will then lust after guys who don’t try to impress them.

Well, it actually makes total sense when you know what I know about women. Women don’t want to lead us men, but they will act as though they expect men to bow down to them. Why? It’s a test to see which guys are the alpha males.

As you would have seen in nature, females are always the most attracted to alpha males in the animal kingdom. The same applies to humans; women are most attracted to alpha males. Acting as though they expect men to try hard to impress them serves as a test to identity the lower ranking males who are willing to submit to the leadership of women in the hope of getting laid.

Alpha males simply laugh at any tests that women put them through. It’s not about disrespecting women, but knowing that you are ALREADY good enough. When YOU believe that you are already good enough for the woman you are interacting with, SHE will believe it too.

She will test you (e.g. by acting as though she isn’t interested, teasing you, playing hard to get, etc), but if you remain confident and continue to believe that you deserve her, she will eventually let down her guard and hook up with you.

This process can happen within 20 seconds to 2 hours, but it always ends up the same way: You kissing her, then having sex with her and then deciding whether or not to start a relationship with her. That is how alpha males hook up with women.

On the other hand, the guys who get a negative reaction from women are those who try so hard to impress them. Women instinctively know that guys who try hard to impress them are not alpha males. An insecure guy who is trying to get the approval of women (i.e. looking to women as being the leaders of the dating scene, the choosers, the alphas) is a lower ranking male.

If he was alpha, he would simply talk to a woman and KNOW that he is ALREADY good enough for her, regardless of what he does for a living, what he looks like or any other superficial thing. He knows that his confidence and masculinity (i.e. how he thinks, behaves and takes action in life) is more than enough to attract almost any woman he meets.

3. Being Nervous and Self-Doubting Around Her

Women are attracted to the strength in men (e.g. confidence, mental and emotional masculinity) and turned off by the weakness (e.g. nervousness, self-doubt, anxiety). This is why you will often see average, below-average and even “ugly” guys with beautiful women.

If the guy is confident enough, he will be able to attract and pick up many women (not all) purely based on their attraction to his confidence and emotional masculinity. However, if a guy lacks confidence, most women will not be interested in him and may even respond negatively if he persists in trying to get a woman to LIKE him, rather than feel attracted to him.

Women are always scanning a guy’s body language, actions, vibe, conversation and behavior to assess his confidence level. If a woman spots holes in your confidence and realizes that you are an insecure guy who is simply putting on an act of being confident, she will reject you.

You Only Know What You Know

I hope this article has helped you and opened your eyes to secrets about women that you weren’t aware of.

In life, you only know what you know. I can teach you thousands of mind-blowing, life-changing secrets about women that most guys will NEVER know. When I discovered what I teach here at The Modern Man, women began FLOODING into my life and I’ve been having an amazing time ever since.

If you find that a lot of women have been responding negatively to you, maybe it’s time to learn what you don’t know. If you’ve read this article and can relate to some of the mistakes, the fact is that you have a lot more to learn. This article is only the tip of a very large iceberg.

Why Do Some Women Play Hard to Get?

How and When to First Kiss a Woman