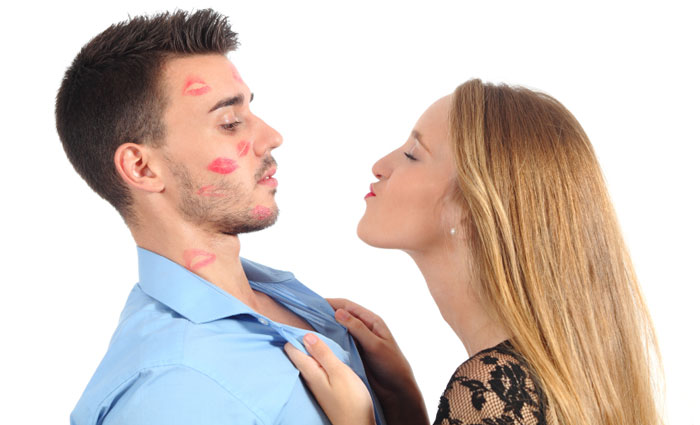 Why Are Women Attracted to Jerks?

Over the years, many guys have asked me things like, “Dan, why are women attracted to jerks?” and “Why do women like bad boys?”

In most cases, a guy’s reason for asking this question is due to the fact that he considers himself to be nice guy and has noticed that women overlook him in favor of guys that he perceives to be a “jerk.”

Watch this video to understand why nice guys usually get rejected by women and what you can do to be successful with women, while still being a nice guy…

As you will discover from the video above, being a jerk is not the secret to success with women.

Women are usually more attracted to jerks because they at least display some (not all) of the qualities that make women feel attracted (e.g. confidence, assertiveness, masculine vibe, etc), whereas nice guys usually display traits that turn women off (e.g. nervousness, insecurity, social anxiety, etc). 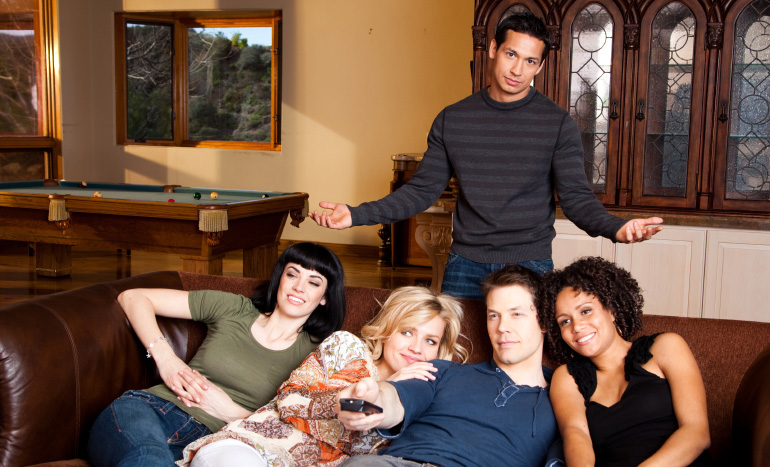 Some women do prefer bad boys and jerks, but those women are the minority.

The truth is, most guys are nice guys (or fairly nice guys) and they are able to get laid, get a girlfriend and get married because they also display traits that make women feel naturally attracted to them.

The kind of nice guys that get rejected by women are the ones who are nervous, shy or who expect to be liked enough (or “given a chance”) by a woman because they have good intentions.

Nice guys who get rejected simply don’t know what makes women feel attracted, which is 1 of the 3 things that attractive women hate about most single men…

As you will discover from the video above, it’s very easy for a woman to make a guy feel attracted because he will usually select her based on her physical appearance.

Yet, most women (not all) are interested in things other than a guy’s appearance.

Here’s a simplified way of looking at the jerk vs. nice guy problem, with one attractive trait (confidence) added in to set the guys apart…

In the example above, it’s the guy’s confidence that women are attracted to.

There’s Nothing Wrong With Being Nice

You are going to perceive us in whatever way you want, which will be based on your current understanding of the world (e.g. anyone who doesn’t look as nice and innocent as you is probably a bit of bad boy, jerk, etc).

However, in case you can’t work out what type of guys we are, I will tell you…

Ben, Stu and I are regular good guys. We like being nice to people and to women.

However, being good guys doesn’t mean that we will be nervous, shy and socially anxious like other nice guys who put on a fake smile and act vulnerable to hopefully get pity from others.

Ben, Stu and I are good guys who are also very confident, masculine and charismatic. As a result of having those traits, we are attractive to women and the fact that we are good guys is seen as a bonus for women. Yet, our niceness is not seen as mandatory by women.

As you have seen – a woman will forgo the niceness and hook up with a jerk or bad boy, just so she can feel attraction to his confidence and masculinity. If she instead hooked up with a nervous nice guy, she’d have herself a nice guy, but she wouldn’t feel much or any attraction for him due to his emotional weakness.

Are women crazy for feeling attracted to guys in the way they do? 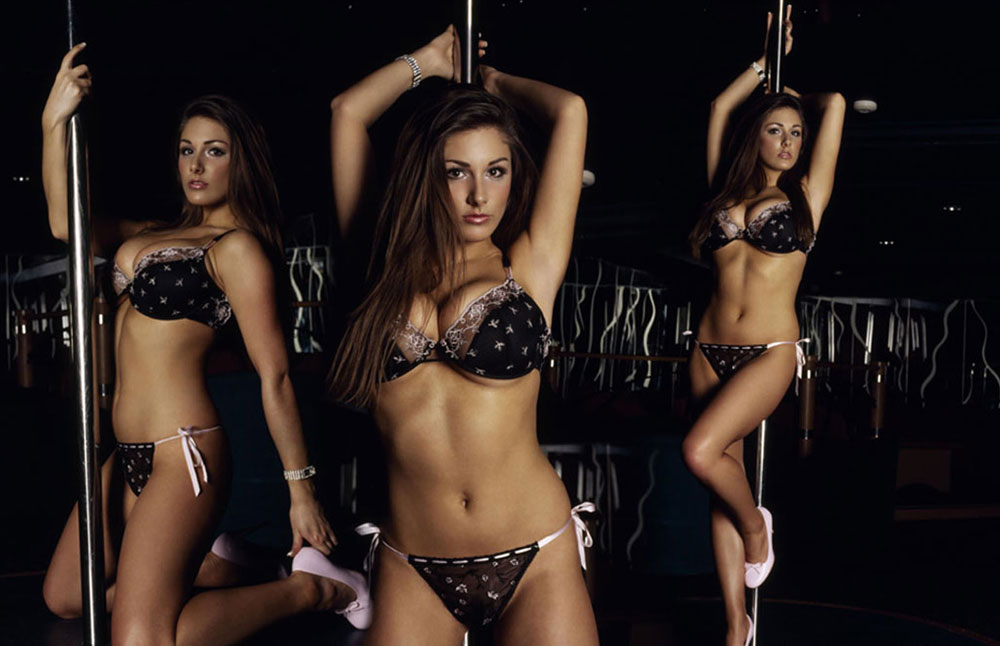 You can’t help what triggers your feelings of attraction.

Yes, There Are Some Weird Women Who Like Bad, Abusive Men 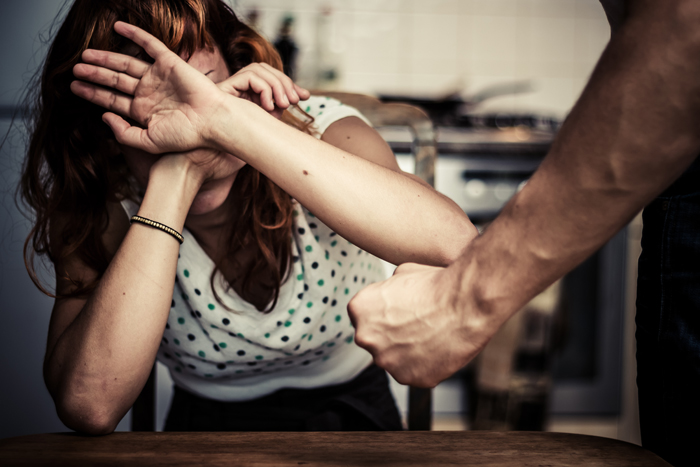 A small minority of women actually want a very bad man (likely less than 5%), some women like a guy who is a little bit of a bad boy (20%), but the majority of women (75%) want a good guy who is confident.

The same applies to men.

What you need to understand is that there are some weird women out there, but if you want to be successful with women in general, you need to focus on the majority of women who just want a confident, good guy.

So, if you’re one of the many good guys who gets frustrated and asks, “Why are women attracted to jerks?” just accept that some women like bad guys, but the majority of women like good guys who are confident.

If you are a nervous nice guy around women, it’s only natural that they are not going to feel sexually attracted to you.

Why? Women are sexually attracted to the emotional strength in men and turned off by the weakness (e.g. nervousness, self-doubt, social anxiety, low self-esteem, etc).

Two Important Traits That Will Attract More Women to You

You can attract women in more than 100 different ways with your personality (e.g. charisma, humor, charm, etc) and we teach all of those ways in our programs here at The Modern Man.

Relaxed confidence comes through in how you think, behave, act and move wherever you are (e.g. in bed with a woman, at a party, walking through a shopping mall, etc).

A guy who has relaxed confidence doesn’t need to behave in a loud, overly confident way (like a jerk) to attract a woman’s attention. He knows that he is more than good enough for women and as a result, he is relaxed and doesn’t need to be anything other than his natural self.

There’s no acting coming from him. He’s real, authentic and his relaxed confidence gives him an effortless air of power and dominance.

On the other hand, a jerk will usually try to get a woman’s attention by acting up, being loud and causing some trouble, but that insecure social strategy is not the answer to success with women.

Success with women is much easier and requires much less effort than most guys realize. However, to get to a point where you have genuine, relaxed confidence, you first need to get rid of your insecurities about women and develop a belief in your ability to attract women.

As you will discover from the video above, most women (not all women) are much more flexible about what they find attractive in a man than most guys realize.

From the outside, it may seem like women all want jerks, assholes and bad boys, but those guys are simply getting results because they are attracting women in some ways (not all) and then have the balls to move things forward to kissing, dates, sex and into a relationship.

You don’t have to be like them to be successful with women. All you need to do is be the good guy that you already are, but simply display personality traits and behaviors that naturally attract women.

When you do that, most women will feel as though they’ve hit the dating jackpot by meeting you, because will have finally found a good guy who also turns them on. When that happens, you will realize how little competition there is for hot women. Most guys are absolutely clueless about how to attract women and what women really want from a man.

A lot of guys make the mistake of thinking that to be seen as masculine, they need to be tall, have a square jawline, build loads of muscle in the gym or act like a tough guy.

Yet, the type of masculinity that women are most attracted to is your inner masculinity.

For example: A guy who lacks inner masculinity will feel nervous in social situations, doubt himself when interacting with attractive women and lack confidence around confident men.

You approach a woman and make some polite small talk in an effort to get a conversation going, (e.g. “What’s your name?” or “What do you do for a living?”).

You ask her many questions about herself and then hang on her every word as she replies. You take every opportunity to compliment her and you try to agree with everything she says because you really want her to like you.

She then makes an excuse to get away from you (e.g. “I have to go to the bathroom. Bye!”) and you are left wondering if she’s ever going to come back and talk to you again.

Later on, you see that’s she trying hard to get the attention of a guy who seems to be dividing his attention between her and a few other girls. From your perspective, he is behaving like a jerk and is being a selfish prick who is taking all the women.

Yet, from her perspective, he is probably offering her the type of challenge that she has been craving to experience when she meets a guy…

As you will discover from the video above, most women feel bored by the instant, “YES!” that they get from most guys they meet.

If a woman is attractive, most guys are willing to have sex with her (and many are willing to start a relationship with her), even though she hasn’t done anything to impress him other than look good.

For most guys, they don’t care what a woman thinks, what she does for a living or what kind of cat or dog she has. They are willing to have sex with her simply based on what she looks like.

This is why many women get bored of the approach that most guys use and then end up being attracted to guys who are more of a challenge.

From the outside, it may look like the guy is a jerk, but he’s probably just another good guy (or fairly good guy) who understands the reality that women live in and is simply giving women what they want.

How to Move on From a Break Up

I Don’t Have Many Friends: What Am I Doing Wrong?