How to Get My Wife Back

Marriages or relationships rarely end out of the blue or for no reason, so if you’ve reached the point of wondering, “How to get my wife back,” here’s what you need to do:

1. Understand what really went wrong between you and her.

In what ways did you cause her to lose respect and attraction for you and then fall out of love with you? You might be able to immediately think of some ways, but do any of the examples in the video below apply to your situation as well?

2. Fix your issues and improve yourself.

You might be a great man with good intentions when it comes to your wife, but there are going to be things about you that she won’t be willing to put up with again.

For example: Some of the issues that can drive a woman away include a man’s insecurity, inability to create feelings of love and lack of a deepening connection over time.

Some of the things that a man needs to improve include to get his wife back often include his ability to trigger her feelings of sexual attraction, his attitude and behavior. Essentially, he needs to start being the type of man that his wife feels attracted and drawn to.

Finding the answers you need to get your wife back comes down to changing your thought process from, “How to get my wife back,” to, “How do I become the type of man that my wife will want back?”

It’s not enough to just fix your issues and apologize to your wife. To get a woman back for real, you have to make her see that you’ve quickly become an even better man than you were before.

After you’ve worked out where things really went wrong and made an effort to educate yourself on how to be a better man, then you are ready to take the next step and contact your wife to get her to meet up with you.

As long as you follow that basic process, you will have a better chance of getting her to respect you again and then become open to allowing herself to feel attracted and drawn to you again. When that happens, she will naturally begin to reconnect with the love.

As long as you are willing to put in some effort to truly understand where you went wrong and then actually make improvements and changes to your thinking, behavior, attitude and approach to the relationship, your wife will then become more open to forgiving you and reconnecting with her feelings.

Is Divorce the New Norm? 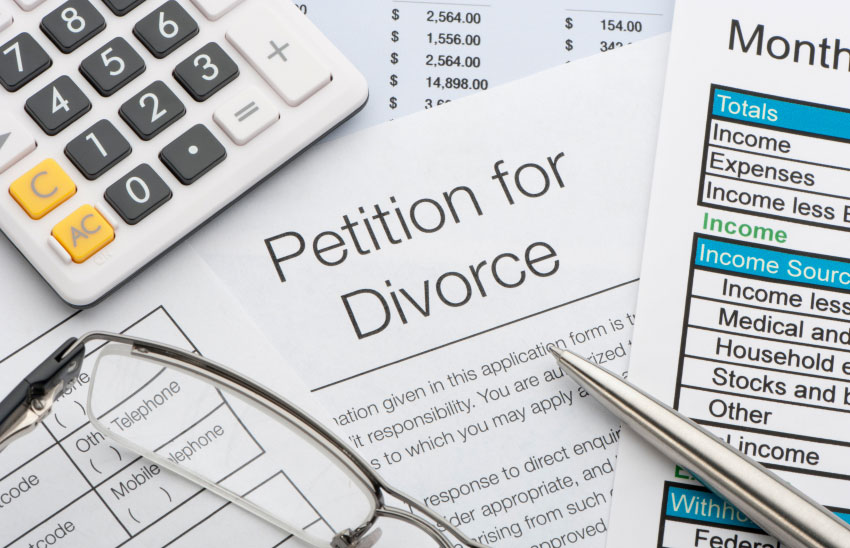 Divorce is definitely happening a lot more than it did in the past, but I believe that marriage is still alive and well and can be an amazing, lifelong experience of love, commitment, personal growth and enlightening, strengthening life experiences.

I believe that marriage still has a place in the modern world and according to most statistics, around 50% of people are able to keep their marriages together for life. However, unlike in the past, today’s wives don’t “put up with” with an unhappy marriage for life because most people feel as though it’s no longer embarrassing or shameful to divorce.

I’m not one of those people.

I believe that if you get married and commit to the vows you have made, then it’s for life, unless the other person does something really bad that cannot be forgiven. Apart from that, there is always a chance to talk things through, forgive, make up and get back into loving each other and enjoying the commitment and companionship.

Rather than running away from problems, I believe that love gets stronger and deeper when a couple grows, matures and develops together in a relationship.

Of course, if your wife doesn’t believe that you can mature, develop or grow out of the issues you’ve been bringing into the relationship, then she’s not going to be willing to entertain that way of thinking.

The only way to get her to take you seriously at this point is to educate yourself on why relationships break up (I explain 70+ reasons in my ex back program) and then make the specific that are relevant to your marriage and relationship with her.

If you are trying to get her back based on ideas that you think are important to her, you may be right, but you could also be completely missing the point.

For example: A husband trying to get his wife back on the basis that he will listen more, care and take her on vacations.

Yet, what she really cares about is the fact that she has lost respect for him (e.g. because he has been holding back from rising up to his true potential as a man, hasn’t followed through on one too many promises, doesn’t know how to make her feel loved, etc) and that he simply doesn’t know how to get the old spark back between them.

Sure, a vacation may be fun, but if she still doesn’t respect him, she isn’t going to be able to feel much or any sexual attraction for him. Instinctively, she is going to be turned off by the idea of being with him because he still doesn’t know how to be the man she needs.

Why Did Your Wife Leave You?

If the burning question in your mind is, “How can I get my wife back?” then the chances are high that it was her who made the decision to leave you.

When a wife leaves her husband, he’ll often say it came as “a bolt out of the blue” or “out of nowhere” and that he didn’t see it coming. Yet, she would have been firing off warning shots for a long time and he either didn’t see them or chose to ignore them because he looked at the vows as being an iron clad agreement.

Either way, it’s unlikely that his wife just woke up one morning and decided to say, “I’m leaving you” without first sending out plenty of signals to let him know how unhappy she was with the relationship.

Now that your wife has left you, it’s important that you now become clear on what those signals were and how your response (or lack of response) led to her feeling that you were no longer the man she fell in love with.

Of course, sometimes the decision to split is a mutual one and having a trial separation can seem like a step towards figuring out whether there’s any chance of working things out and getting back together again.

In principle, this seems like a good idea to a couple at the time, but trial separations rarely help to get a relationship back on track.

According to a study carried out at Ohio State University in the US, around 80% of trial separations eventually end in divorce. This figure is backed up by the published findings of several other related studies, with only around 10% of couples entering a trial separation actually getting back together.

Interestingly, research indicates that the couples who do get back together again after a trial separation, generally do so within the first year or so of living separately.

Any trial separation stretching beyond two years is unlikely to lead to reconciliation, because one or both the parties will usually have begun seeing new people already.

With this in mind, the question you must now ask yourself is, “Was her decision to leave me something that could have been avoided?” and, “Am I prepared make changes in myself and my approach to her to successfully get her back into my life?”

As a man, it is your responsibility to guide both yourself and your woman into deeper feelings of love, respect and attraction. If you leave that task in the hands of your wife, she may try to do it for a while, but eventually it just won’t feel right to her that she has to mother you and help you to lead the relationship.

She will begin saying, “This just isn’t working. We don’t get along anymore” or “I just don’t feel the same way as I used to” or, “I need time to find myself. I don’t know if I want to be married anymore.”

Yet, other couples are still madly in love 30 years into their marriage, because the man has been able to guide both of them into deeper feelings of love, respect and attraction for each other.

When making the decision to become your wife, the woman you married must have seen that you had the qualities she wanted in a man, right?

So, what happened to those qualities and what changed in you to cause her to feel differently about you?

In other words, what happened to you and to the relationship to make her want to walk away? Did you:

There are many ways in which a husband can cause his wife to lose interest and eventually want out of the relationship. In fact, in my program, Get Your Ex Back: Super System, I identify and explain the 70 different reasons why a woman will break up with a man. I then teach you what you need to do to get your ex back for good.

How to Get My Wife Back: Is it Possible?

Couples separate and get back together all the time. Humans constantly change their emotional state/feelings throughout life.

A human can literally go from HATING and resenting someone to loving and needing them. It really is possible to accomplish that with your wife and if you’d like to make that happen, I am here to help you.

I Can’t Live Without My Ex Girlfriend

How to Win Back the Love of Your Life