If you want to make a woman laugh, you have to trust your gut instinct to say whatever you think will be funny.

As long as you are making the joke in a manner that is attractive to women (e.g. confident, masculine, flirtatious, etc), the woman will laugh and enjoy it. More importantly, she will also feel attracted to you.

You can also make women laugh and feel attracted to you at the same by using flirting. Here’s another great video by Dan…

“I Love a Guy Who Can Make Me Laugh”

Have you ever heard a woman say, “I love a guy who can make me laugh”?

Unless you’ve been living under a rock or have never been around women before, you will have most likely heard women saying something like that more than once. For most women (not all), a guy’s ability to make her laugh will override his lack of anything else.

This is one of the reasons why you will often see so many ordinary or even ugly guys dating or married to hot women, who when asked to explain their attraction for their man, often say, “He’s just so incredibly funny. He makes me laugh and I love him for that.”

So, what is it about being funny and making a woman laugh that makes her feel attracted to a man?

What Humor Says About You to Her 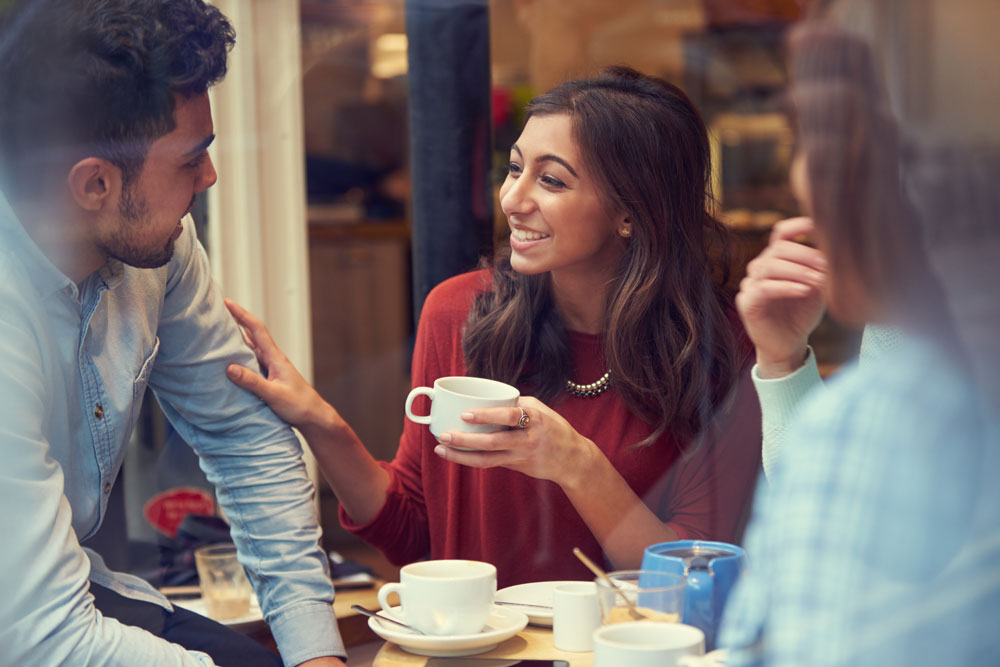 Let’s face it, life can get pretty boring, stressful and dull sometimes.

However, if a guy can lighten the load with a dash of humor, it just makes being around him a lot more fun and interesting. Given the choice between hanging out with a dull or serious guy and someone who is funny, a woman will choose the funny guy every time.

Why? Well according to research it seems that making a woman laugh makes a guy seem more intelligent and trustworthy in her eyes, and this in turn makes him seem more desirable as a potential boyfriend. Another reason women like guys who can make them laugh is because a guy who is funny is usually liked and accepted by others.

At a deep level, this tells a woman this is the kind of guy who is able to have his say in the world, is most likely to get along and be respected by others, and because of that will be able to get ahead and will ultimately be able to provide for himself, her and their offspring if they have any, better than a guy who is disliked or disregarded by others.

Unlike men who will choose a woman based on how attractive she looks (even if he doesn’t like her personality), most women will assess much more than just a guy’s looks before they make up their mind about having sex with him or dating him.

Although a guy’s looks can initially attract a woman, if he can’t build on her feelings of interest, desire and amusement, she probably won’t feel enough attraction for him to warrant having sex or beginning a relationship.

3 Mistakes to Avoid When Making a Woman Laugh

Being funny is definitely an asset; however, if it’s not something that comes naturally to you, you can actually destroy attraction instead of create it. Here are 3 common mistakes to avoid.

Yes, being funny is one of the quickest and easiest ways to endear yourself to people and to make a woman feel sexual attraction for you. However, trying too hard to be funny isn’t funny.

For example: Some guys will memorize jokes they find on the internet and then use as many of them as possible during a conversation with a woman. He’s thinking, “If women like funny guys, then all I need to do is add in some jokes and I’ll finally get the girl.”

Yet, that’s not how it works. When a guy jokes endlessly in an effort to be liked, he only comes across as being desperate and needy. Instead of getting a woman to respect him and feel attraction for him, he only succeeds in making her feel pity for him, which then turns her off.

A big part of making a woman laugh is being natural and letting the conversation and the vibe of the environment around you inspire you.

2. Being the un-cool joker.

When a guy lacks social intelligence, it’s easy for him to use humor to try and fit in.

We’ve all encountered the guy who makes us cringe when his lame jokes fall flat and everyone looks away uncomfortably because he’s just not funny. The less people laugh at his jokes the harder he tries, but he fails to understand that such behavior is simply making him even LESS attractive to women.

It’s better to be yourself and to focus on learning about people, socializing and attracting women before you try to be a “funny guy” for everyone that you meet.

3. Thinking that insulting her is being funny. 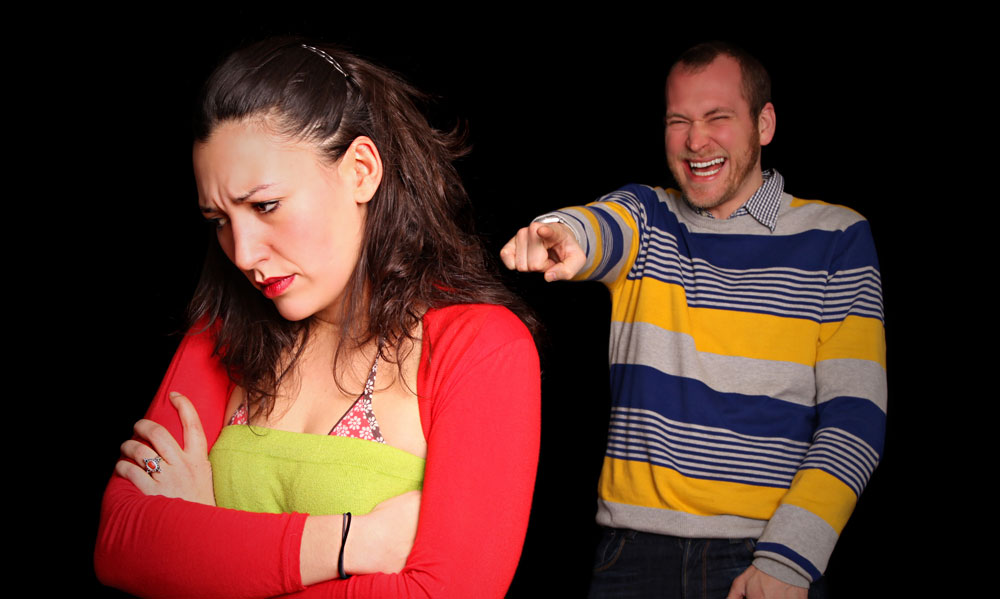 If you’ve been learning about approaching and picking up women, you may have heard about the type of humor called cocky and funny.

We don’t teach that.

Instead, we teach what we call Playfully Arrogant humor, which essentially means that you are being arrogant (or cocky if you want to call it that), but it is clear that you are only being playful. A mistake that a lot of guys make is in thinking that if cocky and funny humor works, then women must love really cocky guys who insult them.

Playfully Arrogant humor is funny and attractive to women because, unlike cocky and funny, it’s not about insulting her and is instead about getting her laughing and both the man and the woman enjoying the interaction together.

When guys get too focused on the “cocky” element of the outdated cocky and funny approach to humor, they often go overboard and end up turning the woman off.

An Example of How to Make a Woman Laugh

Regardless of where you are, the key to making a woman laugh is using whatever is around you as an opportunity to tease her and to create attraction between you.

Here is an example of what to do if you’re in any type of queue (in the supermarket, at the movies, at a buffet, at the post office, etc.) and an attractive woman standing behind you bumps into you (which is inevitable when you’re in queues).

You: [Smile and say] Okay, okay, you don’t have to push me to get my attention!

You: [Still smiling] Girls are always trying to touch me.

You: I have feelings too, but it’s always seems to be about the touching and bumping with you girls.

You: [Smile and show her that you’re being light-hearted and only messing around] Anyway, if you promise to keep your hands to yourself, I’ll keep talking to you. I’m Bob – what’s your name?

See how it works? You’re being playful while at the same time showing her that you’re a confident, easy going guy.

Making a woman laugh is easier than most guys think. The key is to be yourself, relax and let the conversation flow naturally.

Trust your gut instinct to say whatever you feel like saying and in many cases, it will be funny, interesting and completely unique to you…

The Girl That I Like Just Wants to Be Friends