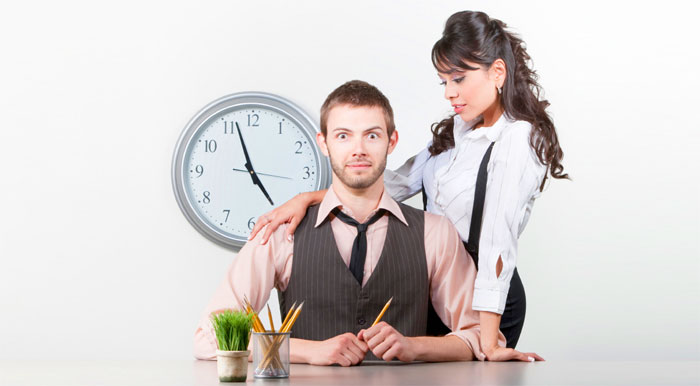 How to Get a Girl to Ask You Out

To get a girl to ask you out, you need to make her feel intense attraction for you to the point where she feels turned on by you and wants to have sex with you as soon as possible.

Then, to make her be the one who asks you out, you need to ensure that you are a challenge for her to win over.

As you will discover from the video above, a woman will begin to chase you and try to get you to take her out, kiss her or admit that you like her if you can be a challenge to win over.

However, being a challenge is not about acting or pretending to be a challenge (e.g. acting disinterested, avoiding her, telling her that you don’t like her).

The right way to be a challenge is to make her feel a lot of attraction for you and then only show real signs of interest when she impresses you (e.g. she dresses well, she says something funny, she does something nice for you, she laughs at your jokes, etc).

If she isn’t presenting herself in the way that you want, you have to hold back from being fully interested in her. Only decide to give her a chance to be with you when you feel like she deserves it.

Why Don’t Girls Ask Me Out?

Some guys waste half their life hoping to be asked out by girls, but it never happens for them.

Is it because the guy isn’t good looking enough, rich enough or tall enough?

As you will discover from the video above, most girls (not all girls) are much more flexible about what they find attractive than most guys realize.

Most of the guys who never get asked out by girls are simply making the mistake of being too much of a nice guy and not doing ANYTHING to spark the girl’s feelings of sexual attraction for him.

If a girl is going to ask you out, she will first have to be feeling SO MUCH attraction for you that she simply can’t stop herself from saying something that suggest she likes you and wants something to happen between you and her.

What will she say?

Don’t expect her to say, “Hey I like you and want to date you. Do you want to go out on a date with me and be my boyfriend?”

Why? Most girls aren’t that direct and will instead hint at how much they like you or hint at wanting to catch up with you one on one.

For example: She might say, “So, do you have any plans for this weekend?” or “Are you going to the party on Friday night?”

Girls do this to give you hints and then they hope that you have enough confidence in yourself to know that she really is interested.

Girls also hope that you have enough masculinity to take charge of the situation, rather than hoping that she is “the man” in the situation and guides you through the process by kissing you first, undressing you and having sex with you..

If you want her to ask you out,you’re going to have to be so irresistible that she feels powerless to stop herself from saying something or, at the very least, she feels that she can’t help but make it completely obvious that she wants to go out with you. So how do you do that?

Trigger her feelings of sexual attraction for you. You can do this by displaying confidence, charisma, charm and making her laugh during a conversation.

As you will discover from the video above, most guys ruin a girl’s attraction when they talk to her, which is a huge opportunity for you.

3 Traits That Will Make Her Attracted to You

You can attract girls in more than 100 different ways and literally make girls go crazy over you.

Here are 3 examples of ways to attract women:

A guy with genuine self-confidence knows how to talk to girls in a way that makes them feel relaxed and comfortable in his presence, whereas a nervous, self-doubting, shy guy makes girls feel uncomfortable.

Unless a girl is mean, she won’t want to feel responsible for making a guy feel nervous and anxious when talking to her. So, rather than continuing to talk to him, she will usually reject him, ignore him or be cold towards him in the hope that he will go away.

When a confident guy talks to a girl, she not only feels attracted, but she can relax because she doesn’t have to be gentle with him. She can be nice or challenging towards the confident guy and he will always remain confident. This allows the girl to be herself and as a result, she feels happier around the confident guy.

Women are also attracted to confident guys because life is often very challenging and women feel safer when with a confident guy compared to a nervous, self-doubting, shy guy.

Girls automatically know when they are in the presence of such a man because they suddenly feel feminine and girly when around him. Most of the guys that a girl meets won’t be able to make her feel that way because guys mistakenly suppress their masculinity to be nice and to hopefully get along with her like a friend.

If you want girls to feel sexually turned on by you, don’t suppress your masculinity.

However, don’t make the mistake of acting like you are tough or too cool for her or anyone else. That is insecurity, not masculinity.

A real masculine guy doesn’t need to put on any act. He’s the man and he knows it.

A guy with social intelligence is able to get along with people easily, make people respect him and if he is a good guy, he is also respectful to others.

With social intelligence, you are a guy who makes friends easily and you are completely relaxed just being yourself in any social environment.

A confident, masculine guy with social intelligence is very attractive in a girl’s eyes and is the type of guy that she would be willing to ask out if she had to.

Avoiding Rejection if You Decide to Ask Her Out

If you don’t want to wait for her to ask you out, there’s a technique that I call a Half Date, which ensures you won’t be rejected for asking her out on a formal date.

Examples of Half Dates are: 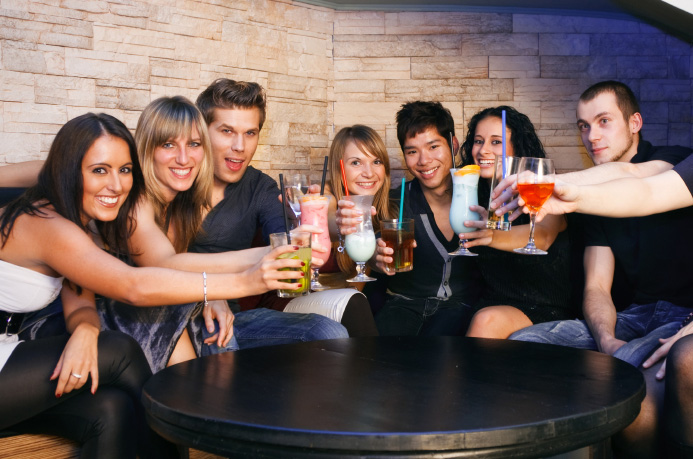 Sometimes you can’t get a girl to join you for a traditional first date (just you and her), so you will need to invite her to a party or get her to meet you and some friends at a bar/club.

Essentially, it’s about inviting her to an event or place that you are going to be at with friends. That way, it’s not a 1-on-1 date and both you and her don’t have to be worried about getting rejected.

When she attends the Half Date, simply ensuring that you are making her feel attracted to you. Then, when the moment is right, get alone with her and move in for a kiss or invite to come and “hang out” at your place after the event.

How to Court a Woman: Courting Vs. Dating