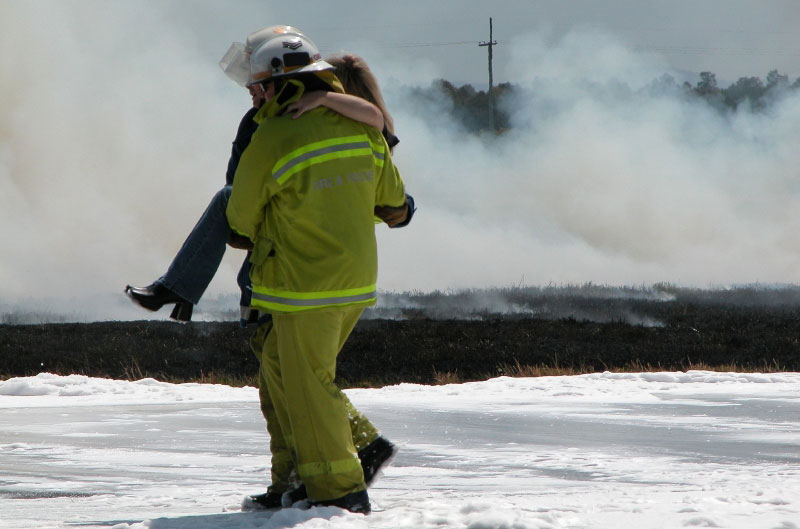 Modern Day Heroes: Who Are They?

A modern day hero is someone who fights for a good cause and positive makes a difference in the world.

There are so many things that can be improved about our great world and if you stand up to be the man who can lead the way or at least help lead the way, you will be seen as a modern day hero.

Men who have the capacity to be a hero or who take on the role of the hero, even in subtle ways, often find that women feel an intense and irresistible attraction for them. Why?

Way back in 1984, Bonnie Tyler had a hit song titled Holding Out For a Hero that included the lyrics, “Where have all the good men gone…where’s the street-wise Hercules…isn’t there a white knight upon a fiery steed?”

She was singing about the lack of available men of which women refer to as “real men.” The kind of guy that is confident, masculine, makes her feel girly and has the capacity to lead the way, make her feel safe and protect her if need be.

In today’s world, too many guys are afraid to be the man that women want because a lot of the messages we get from TV and movies tell us that women are just fine without us.

For many people, the word hero makes them think of caped crusaders or Hollywood characters with a muscular physique, square jaw line and who spend their days rescuing women from burning buildings or sinking ships.

To make sure that you are clear on what a hero is supposed to mean, according to the dictionary, let’s have a look at the definition.

Hero (noun): A person, typically a man, who is admired or idealized for courage, outstanding achievements, or noble qualities.

According to the dictionary, men are typically the ones to be referred to as heroes. Being a hero is typically not a woman’s role. Many modern women behave as though they can do everything on their own, but the truth is that they want to feel protected by a man who has the capacity to switch to “hero mode” when the time calls for it.

Heroes are often associated with battle and conflict. In recent history, heroes of war are the men who displayed bravery ‘above and beyond the call of duty’, having selflessly risked their own lives in an effort to save the lives of others.

Andy Rooney, now an old man at 92 years of age, recently spoke on the 60 Minutes program and said, “There aren’t many heroes these days and there isn’t much opportunity to be heroic when we are at peace.”

He makes the point that soldiers face daily opportunities to be heroic in times of war and they so often willingly risk their own lives to protect others. He then questions whether the same soldiers would display the same bravery, courage and outright care for others in times of peace.

It’s certainly food for thought, and what he’s really questioning is why war historically reveals heroes, yet relatively few are ever revealed (or noticed) in everyday life.

Yet, are any of those men courageous and are any of their achievements outstanding to the point of being heroic?

You could argue that winning an Oscar or an Olympic gold medal is a pretty outstanding achievement, but no matter how heroic they may seem to us lesser mortals, they are professional people who earn a living by doing what they do and in that sense, their achievements are no more outstanding than those of the repair man who has fixed your electricity line.

It’s not what you do in your everyday job that makes you a hero, it’s what you do ’above and beyond’ your normally duties in times of struggle or pressure that marks the distinction.

In 2009, Captain Chesley ‘Sully’ Sullenberger became the ’Hero of the Hudson’ when he safely ditched his stricken US Airways Flight 1549 into the Hudson River, saving the lives of all 155 passengers on board.

To all those who survived the ordeal and to the viewing public who watched the event unfold on their TV screens, Sully’s actions were nothing short of heroic. Yet, he sees what he did that day as nothing more than doing what he was trained to do – he was just doing his job.

It’s true that he was doing what any trained pilot with over 40 years of experience would have tried to do, but it’s the way he did it that makes him an undeniable hero. Additionally, the way he did it warmed the hearts of women the world over. Women absolutely crave to have a man who can handle himself under pressure and take care of a situation.

His remarkably cool head and quick thinking under extreme pressure not only led to him being able to ditch his plane successfully without the loss of any lives, he was also able to ditch it in the best location he could to maximize the potential for rescue from the freezing water.

He later authored a book about the experience titled The Highest Duty: My Search For What Really Matters, which sold and has continue to sell very well. He turned the simple occurrence of a plane crash (there are about 120 plane crashes a year worldwide) into history that people want to know about and be associated with.

Heroes of the Moment

2011 was a year that saw more than its fair share of natural disasters. The earthquake that shook New Zealand in February revealed a great many heroes as ordinary people joined the rescue effort to do whatever they could to free the people trapped under the rubble of buildings in Christchurch.

One man hailed a hero is builder Carl Stockton who managed to pull six people out of the rubble and save them. He was not the only volunteer rescuer, but his actions stand out as particularly heroic because of his claustrophobia.

Stockton squeezed through a tiny gap and crawled for several meters under the debris to reach the voices he could hear before smashing at the concrete with a hammer to make a space large enough for them to follow him out. He faced his own fear and risked his own life in an effort to save the lives of others and his courage makes him worthy of his hero status.

This year, more modern day heroes have been jumping into the national and international spotlight with their heroic efforts in life. Will you ever be labelled as a hero amongst family, friends, at work, nationally or internationally?

The so-called Fukushima 50 are the band of heroic men who stayed behind in Japan’s nuclear power plant to attempt to prevent a full-scale meltdown after the devastating earthquake and tsunami that hit the country on March 11th 2011.

They are reported to be low and mid-level managers and it’s thought that the majority of them volunteered to stay behind to prevent millions of Japanese civilians being negatively affected by a meltdown.

Once more, it’s their willingness to put their own lives on the line in an effort to save the lives of others that makes the anonymous 50, believed in fact to be closer to 100 volunteers, worthy of being hailed heroes.

Andy Rooney made a valid point about the relative lack of peace-time heroes, but the heroic men who have emerged in the aftermath of the world’s fight against the power of nature are an inspiration to us all.

They demonstrate that when push comes to shove, your fellow man will be there to help keep this ship afloat. Are you one of those types of men? What would you do if the chips were down?

If you want to be a modern day hero, you don’t need a white horse, a suit of armor, a Herculean physique or even a square jaw line; all you need is the courage to go ’above and beyond’ to help your fellow man or woman when the pressure is on.

Going After Your Dreams

In a lot of cases, you can help your fellow man and be a modern day hero by simply by going after your true dreams in life. Do you sometimes dream of a better world? Then go ahead and help make it happen…

Is Attraction the Same Regardless of Culture?

How to Break Up With Your Girlfriend