It’s Friday night and you’ve been pressured by your friends or work colleagues to go out to a bar and party with them.

At the bar, everyone seems to be having fun and getting along with each other in their own groups. No matter how hard you try, you can’t seem to stop yourself from feeling insecure and believing that you just don’t belong.

Your friends or colleagues are all drinking, laughing and enjoying themselves. At times, they try to get you involved in conversations, but you keep making a mess of the attention by being awkward and insecure with your contribution to the conversation.

As you look around the bar, you notice groups of beautiful women talking, making connections and having fun with random guys. Some even end up kissing and exchanging phone numbers. 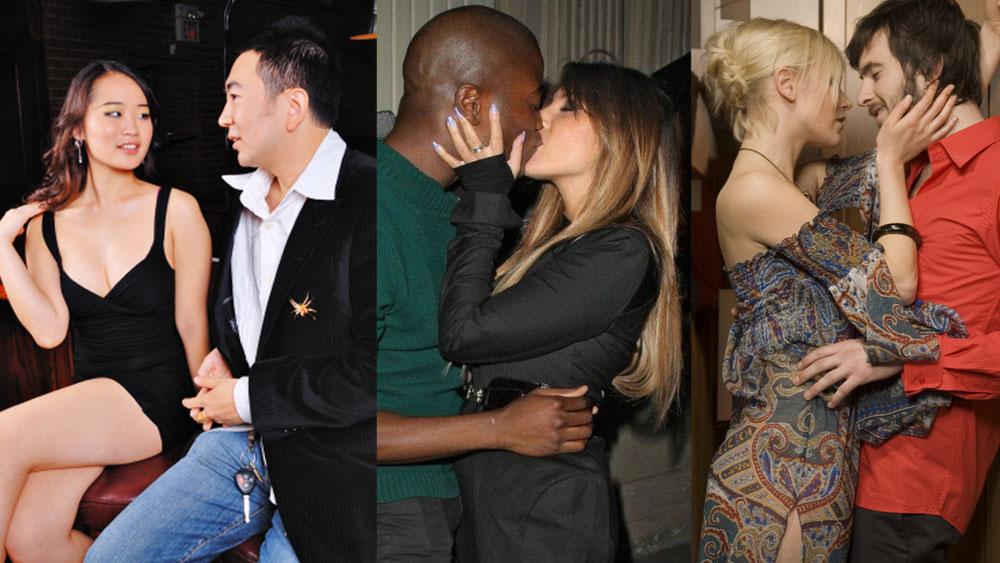 Yet, as usual, you are secretly feeling, left out, alone and lonely. You keep asking yourself things like, “How can I stop being insecure? How can I be one of them? Why can’t I be more confident? I know that I’m a good guy, so why do I feel so insecure? What is wrong with me?”

You watch on as your friends or colleagues talk and flirt with women that they like. Guys who are less physically attractive than you are busy talking, laughing and even kissing a beautiful woman they have just met right in front of you.

Yet, you just cannot understand why it happens for them and not you. You feel like a third wheel and the whole scene is just making you more and more uncomfortable and you begin to feel down and anxious.

When you notice that women don’t seem to be interested in you at all, you start going through a list of reasons why.

Yet, thinking in that way is only going to create more insecurity. What you might be forgetting is this…

Use Your Powerful Mind to Feel Confident, Rather Than Using it to Feel Insecure 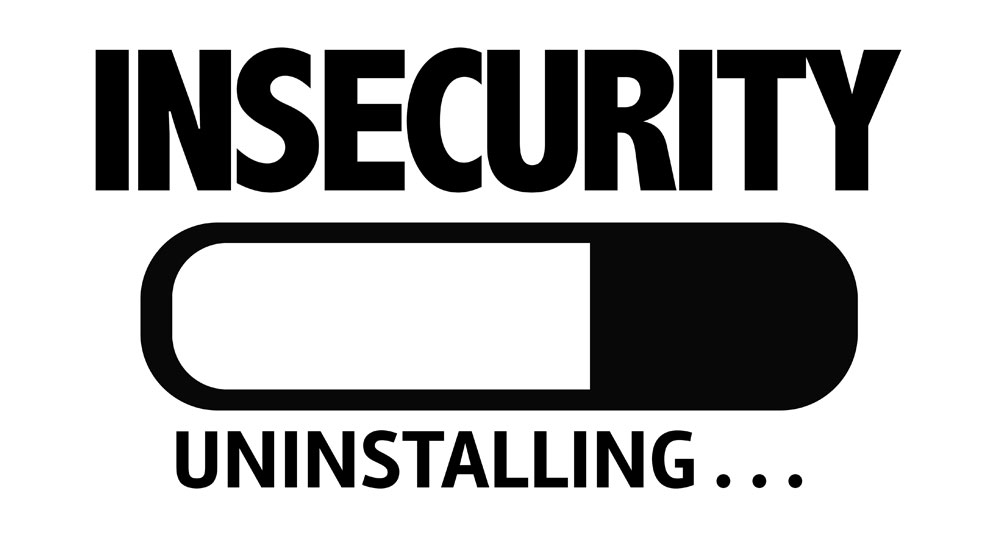 Think about it for a moment…

If someone else (e.g. a stranger, a friend, a family member, etc) started saying bad things about you, (e.g. started calling you a loser, referring to you as being stupid orunworthy, etc) what would you do about it? Would you sit there and take it, or would you stand up for yourself?

The truth is that most of us would defend ourselves if someone else “attacked” us, be it physically or verbally, but many times guys mistakenly use the power of their mind to “attack” themselves.

Most people have had to encounter difficult situations growing up. Many people have been abused, and this means both women and men, and many have had poor role models growing up. However, the past is the past and this is NOW. If you spend the NOW making excuses about the past you are simply letting what happened in the past “win.”

Don’t sit around wallowing in self-pity about your past or anything else and don’t put yourself down; it is not productive and it’s not getting you anywhere. Your goal needs to be to move forward, to change and transform into the man you want to be; not to hold yourself back because of what happened in the past or because of what you think are your limitations.

A lack of confidence in yourself is not only unattractive to women, but it’s something that will keep most successful or “cool” people from wanting to be your friend.

It may seem like the world is full of bad people when you get rejected for not having confidence in yourself, but really, it’s just a natural instinct that humans have to surround themselves with people who seem like they are going to be better at surviving and thriving in this challenging, weird world that we live in.

How Can I Stop Being Insecure?

As a man, the main thing that you need to do if you want to stop being insecure is to begin thinking like an alpha male.

On the other hand, an insecure guy has decided to believe that he isn’t good enough. He is responsible for deciding to think that way and as a result, he will naturally feel insecure and unworthy around attractive women or people that he is hoping to make a good impression on.

The good news is that every man has alpha male qualities. You were born with the ability to be an alpha male and and all you have to do is bring it out and let yourself and others experience it. Don’t hide it, don’t suppress and don’t be afraid of letting it exist.

When you do, you will realize that you are much more powerful than you’ve ever realized. However, if you hide from your inner alpha male, you will naturally feel insecure.

A lower ranking male will typically:

All of the above behavior is unattractive to women and when an insecure guy notices that women aren’t showing signs of interest even though he is trying hard to be likeable, he will feel even more insecure.

What he doesn’t usually realize is that most women are looking for a confident guy who isn’t afraid to challenge them both mentally and emotionally. If a guy displays emotional weakness, most women will feel turned off and won’t give him the time of day.

An alpha male will typically:

How to Become More Confident Around Women

If you are insecure around beautiful women and want to feel confident instead, the secret is to learn how to attract women.

When you are able to trigger feelings of sexual attraction in a woman, most of the single women that you meet like you and are interested. This makes the task of approaching women feel easy and exciting, rather than difficult and scary.

You know that most of the women you meet will like you, so you simply approach and give women a chance to meet you. After a while, you have so much choice with women that your confidence skyrockets even further and reaches a point that simply cannot be ruined by meeting one woman and it not working out.

On the other hand, if you are unable to attract most of the women that you meet, you will naturally feel insecure about the idea of approaching beautiful women.

If you do happen to approach and it doesn’t work out (e.g. you get rejected, she’s not compatible with you, etc), you will probably lose even more confidence in yourself by using that bad experience to fuel your insecurities (e.g. “See…women don’t like me. I’m not good enough.”)

Getting past your insecurity is a matter of personal development; insecurity stems from feeling that you are not good enough, but if you know that this isn’t true, if you are an interesting and well rounded alpha male, then you will never have to ask, “How can I stop being insecure?” ever again.

Decide what you want, then go after it, one step at a time. As the saying goes, “Rome wasn’t built in a day,” so finding your true, powerful self might not happen instantly, but it is there and it is waiting to be released…