Do You Suffer From a Fear of Dating?

Sadly, too often I hear from men who complain about their lack of a love life, but when I dig a little deeper by asking a few questions, I usually discover that the real reason these men don’t have a woman is that they don’t approach enough women or go out on enough dates.

Most of these men are really good guys who have good intentions when it comes to women.

Many are also intelligent, down–to-earth, honest guys who deserve a great woman (or many great women), but for many reasons (some of which I’ll discuss in this article), they are afraid to approach and date women. 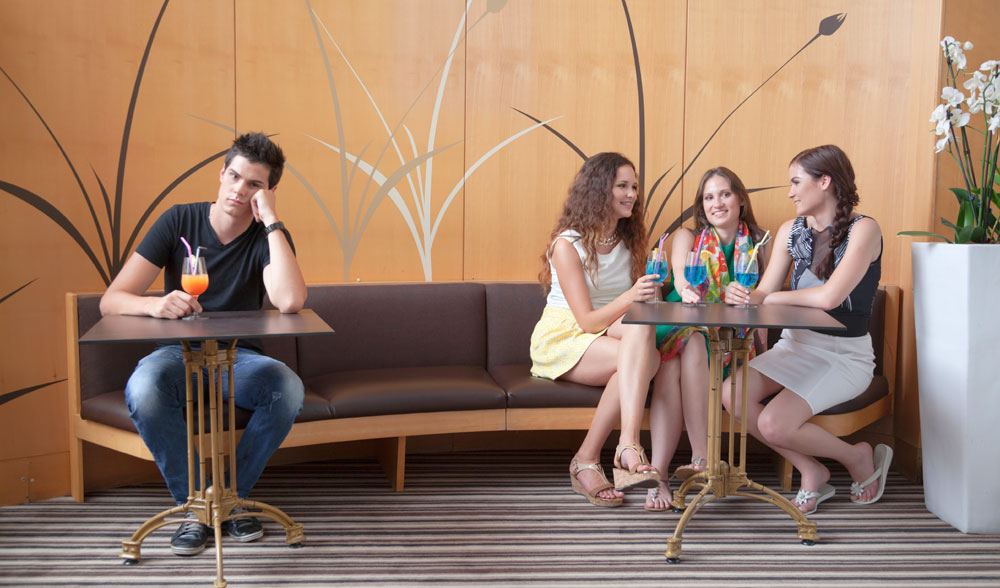 Women aren’t going to kill a guy for approaching them, but that doesn’t matter to a guy who suffers from a fear of approaching. He may know that it’s silly to be worried about what might happen, but he can’t help himself from feeling nervous, anxious or afraid.

He might tell himself, “Don’t worry about it…just approach and say hi,” but his anxiety and fear almost always feel more powerful than his desire to approach. Week after week, month after month, he sees women that he’d love to meet, but never has the courage to follow through and make something happen.

Hiding From What Needs to Be Done

Guys who have a fear of approaching and dating women will often try to avoid places where they could meet and talk with single women. If people ask why they’re not out there meeting women, they’ll usually come up with an endless list of reasons why they don’t have time to date (i.e. busy with work, study, family commitments, community responsibilities, etc).

Yet, what is really going on is that the guy doesn’t want to face the possibility of being rejected and then feeling horrible about himself for weeks or months on end. Instead, he hides away from approaching and meeting women and then masturbates often to dull his built up sexual desire for women.

It’s the potential for rejection that scares a lot of guys, but what really puts the fear in a guy and makes him avoid approaching and dating women are the horrible feelings he experiences after a rejection.

For instance, sometimes a man will contact me here at The Modern Man and explain that he built up the courage to approach a woman, she rejected him and now he’s not comfortable approaching any other women at all. However, what these guys don’t realize is:

Doubting Yourself on a Date 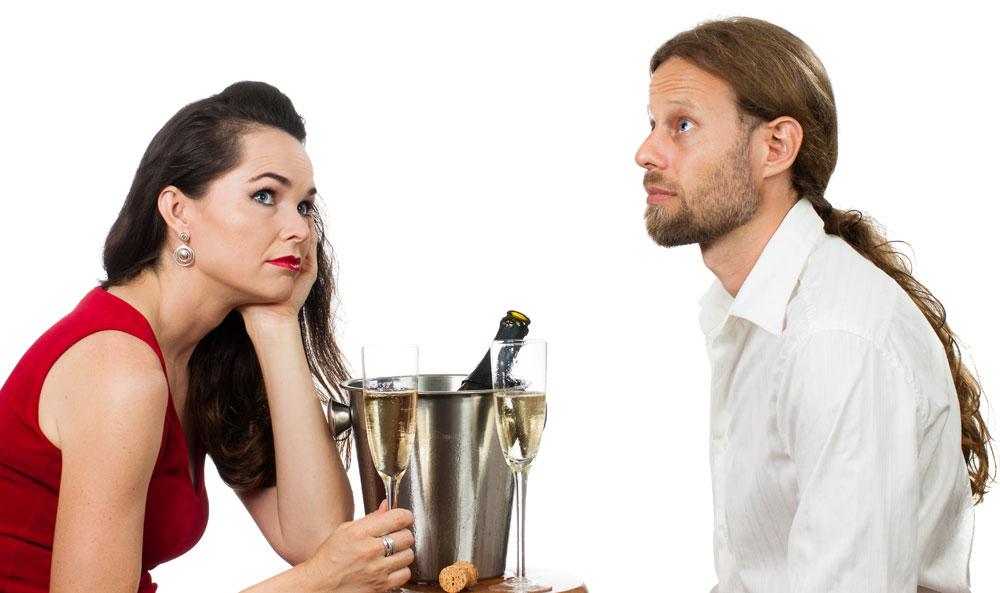 In addition to the many guys who are afraid of approaching women, there are also many guys who set up dates with women, but then cripple themselves with feelings of self-doubt about whether the girl actually likes him or not.

I’ve heard so many cases where a woman has happily agreed to go out on a date with a guy, but then the “voice in his head” starts giving the guy a huge list of reasons why he’ll never make it past the first date. He also sits around worrying that she might call and cancel the first date before it happens.

In his mind, he doesn’t feel worthy enough for the woman and sees dating as a nerve-wracking experience where has to hopefully get lucky. Yet, that’s not how it works. 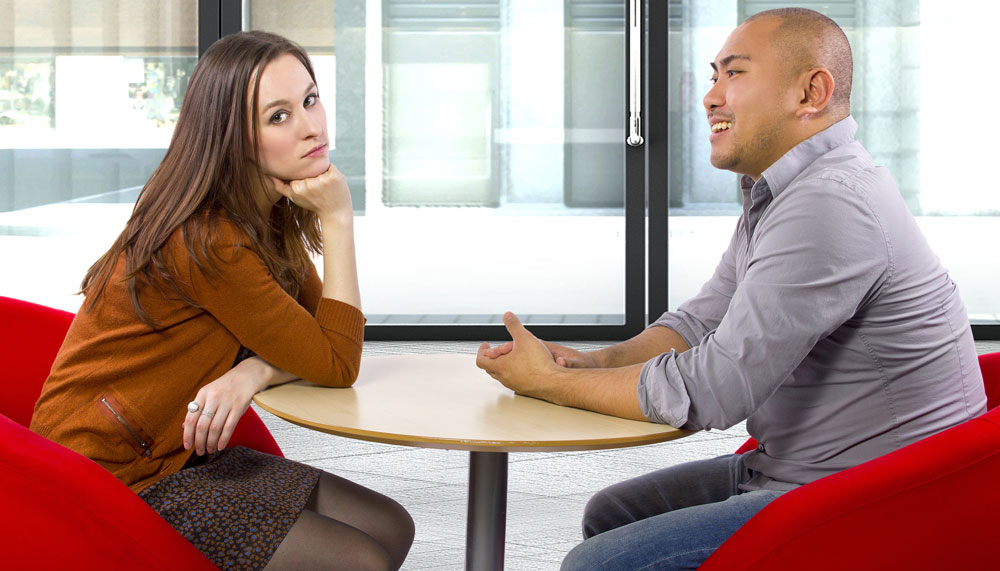 To be successful with women, you simply need to know how to make them feel attracted to you. When a woman is attracted to you, she is going to be interested. So, there is nothing to worry about.

Many guys make the mistake of thinking that they have to be LIKED by a woman, but what you really need to do is make her feel sexually ATTRACTED to you. When a guy doesn’t realize that, he often tries too hard to be liked as a person and comes across as the typical nice guy.

Taking the Matter “Into His Own Hands”

No matter how much a man decides to avoid approaching and dating women, his sexual desire for women NEVER goes away.

You don’t have a beautiful, sweet, loving woman cuddling you and saying with heartfelt sincerity, “I love you so much.” No computer game or TV show can give you the indescribable pleasure that you experience when you and a woman truly love each other.

When they see a woman in real life, they will feel attraction, but their unwillingness to face their fears and become the man they really should be will ensure that they hide away from her in fear as usual.

While everyone else is living a normal, healthy life and having real sex and enjoying love and companionship, the guys who are afraid of women stay alone with their pain.

They look on with sadness and feel left out when they see couples walking along hand-in-hand, arm-in-arm or in a loving embrace and wonder, “Why don’t I have that? Why don’t women like me?” never realizing the simple truth that I first told a client, coaching him over the phone, around five years ago. I said, “You can’t have a girlfriend if you don’t talk to women and escalate to a phone number, kiss, sex or a date.”

It sounds very simple, but in life, often the simplest things are overlooked by the smartest of people.

No Man is Compatible With Every Woman on the Planet

Guys who suffer from a fear of dating are worried about being rejected. They’ve usually made a few attempts to approach and escalate with women, but because it didn’t work out they begin to assume that women don’t like them and they are probably “doomed for life” when it comes to women.

No man is “doomed for life” when it comes to women.

Any guy can learn how to actively attract a woman when he meets her and then deepen her feelings of love, respect and attraction over time when in a relationship.

Here’s how I turned my life around and became so attractive to women that a hot, young woman proposed marriage to me. We’re now married and are happier than ever.

Don’t Look Back in Regret

Over the years, I’ve been contacted by so many older men who have said that they wish something like The Modern Man was around for them when they were in their “hey-day” so to speak.

They’ve told me that much of their life has been spent alone or spent wallowing in self-pity after a woman broke up with them. Now that their life is slipping away and they are heading towards old age, they look back with a sick feeling of regret when they realize how much they missed out on with women.

At the same time, I’ve also been contacted by thousands of guys who say that they’ve been having the time of their lives with women since using my advice.

The question is: How will you let your life play out? Are you going to let a fear of not meeting a compatible women, EVERY time you approach a woman, stop you from enjoying all the love and sex that you deserve?

Will you be looking back in regret at the life you let slip away because you were too afraid to stand up and be the strong man you know you can be? The choice is yours.