The types of qualities that girls like in a guy include:

If you want to get girls to like you, the approach that you need to take is to focus on what triggers feelings of sexual attraction inside of a woman. Don’t focus on trying to be a “likeable” guy (e.g. a typical nice guy) because girls don’t make their decision on which guys to have sex with based on how nice or likeable the guy is as a person.

What matters most to a girl is whether or not she feels sexually attracted to you. If you are triggering her feelings of sexual attraction, she will then really appreciate all the other good things about you (e.g. you’re a good guy, you have good intentions, you’re intelligent, etc).

There Are Plenty of Girls Who Would Be Perfect For You

A great thing about our modern world is that we now have access to women almost every race, culture, style, shape and personality, which means that if you’re a guy looking to find a girl that you’re compatible with, you have plenty to choose from.

If you’ve already had sex with quite a few women in your life, you will know that sex feels great with every beautiful woman you hook up with. However, the love, connection and dynamic between you and the girl is always a bit different.

…and this is something you need to remember.

The myth of “the one girl for you” isn’t true. There are so many (possibly millions) of girls who would be perfect for you. All you need to do is meet them, make them feel attracted to you and then move the interaction forward to kissing, sex and a relationship.

If the love and relationship is great, then you can stick together for a long time or for life, but if it isn’t, you can simply meet a new girl and start all over again.

In this age of modern technology, some guys end up feeling confused about what girls like in a guy because what they hear women say vs. what they see on TV and movies vs. what they see happen in real life doesn’t always match up.

For example: Women will say that they want a nice guy, but they will then reject nice guys. In the movies, the nice, wimpy guy will get the girl in the end, but in real life, he just gets rejected.

If a guy doesn’t ever get taught what women really feel attracted to about men, he may be begin to believe that what he’s being shown via sitcoms and in the movies about women and relationships is true.

He may begin to believe that women only want rich men, or men with muscles, or very smart men, or powerful men, or men with green eyes or whatever the trend of the day happens to be. This leaves men feeling confused and insecure about themselves and they begin to wonder things like, “What do girls like in a guy?” or “Why don’t girls seem to like me?”

After all, the TV sitcom writers and movie scriptwriters should know what they’re talking about when it comes to dating and relationships…right? Wrong. For the most part, TV sitcoms and movies are made to reflect fantasy ideas, weird behaviors and unusual situations for the purpose of entertaining the audience, rather than educating them.

If you are serious about getting girls to like you, be careful of copying the thinking and behavior of fictional characters from TV or movies. Being successful with girls in real life is about looking at what actually happens in the real world and then doing whatever works or allows you to be successful.

How did those guys get those girls to like them? Simple…they triggered feelings of attraction inside the girl and then moved the interaction forward to kissing, dating, sex and into a relationship.

Watch this video to understand how you can use attraction to get girls to see you as being the sexiest man on Earth, regardless of whether you are tall, short, bald, overweight, athletic or from a race that you don’t think can attract women very well…

As you can see from the video above – girls are much more flexible about what they like in a guy, as long as the guy can make her feel a sufficient amount of attraction for other reasons.

So, what are some of the things that ruin a girl’s attraction for a guy?

Guys who lack confidence in themselves and need constant reassurance and propping up are a big turn off. And no, a woman is not there to boost a guy’s ego for him, and no she doesn’t want to be doing him a favor by going out with him. 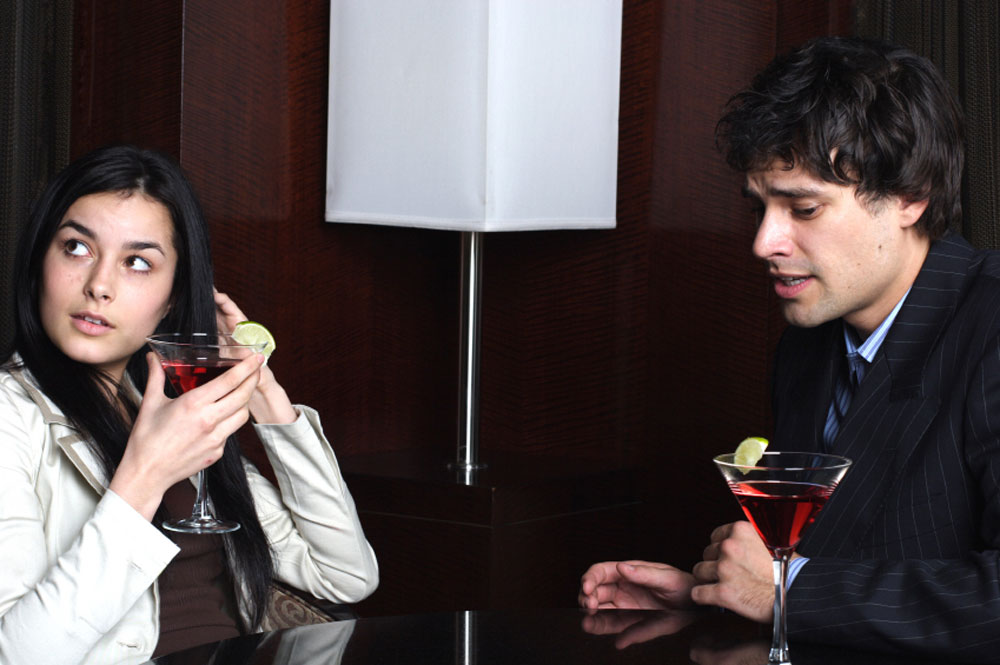 It’s doubtful that there is any woman who wants to be with a guy who can bore her to tears during a conversation.

His job, his sick mother or the number of molecules in graphite is not going to make her want to jump into his arms and demand that he take her somewhere more private so that they can discuss the matter more intimately. Neither is interrogating her.

If a guy is insecure about himself he thinks that asking a woman a series of personal question is a good way to make conversation, but this just makes her feel uncomfortable and tense; after all who wants to feel like they are in an interview on a date? Women do not like bad conversationalists.

A guy who is boring is also the kind of guy who doesn’t know how to flirt or use body language to get a woman to feel attraction for him.

Flirting is fun and exciting and is a prelude to more intimate things, so is using body language; but boring guys will miss all the signs of flirting, will use body language inappropriately and will usually end up alone and wondering what went wrong.

Whether a girl is looking for a one night stand or a potential life partner, you can be sure that a guy who lacks ambition is a big turn off.

A girl wants to know that a guy is going somewhere in his life, even if he he’s only just starting out. A guy without goals and ambitions is not worth the effort because ultimately, no girl wants to feel likes she’s making it with a loser.

4. A lack of social skills.

A guy without etiquette or the ability to adapt to his environment, sticks to doing only what he knows how to do and cannot expand his social skills and abilities is a big turn off. A woman doesn’t want to feel embarrassed by the man she is with and a guy lacking in social skills is someone she wouldn’t want to introduce to her friends, her boss or her family.

Guys without friends and large social circles can be perceived as being insecure, fearful and untrustworthy. If a guy has no-one that wants to be his friend then there must be something wrong with him. Lack of friends also means that he won’t have backup in case of an emergency and this makes a woman feel unsafe.

Instinctively, a woman is attracted to men that have a large support base because they know that if anything bad happens her man will get the support he needs from his friends and therefore she will be safe too.

Be the Kind of Guy That Girls Want

The key to success with girls is to be the kind of guy that they feel intense attraction for.

Any guy can improve his ability to trigger a girl’s feelings of attraction, so don’t go through your life feeling like you’re not good enough for hot girls.

You can easily get laid by hot girls, get a hot girlfriend or find yourself a hot wife if you simply focus on triggering a girl’s feelings of sexual attraction…

Women Only Want Money: Is it True?