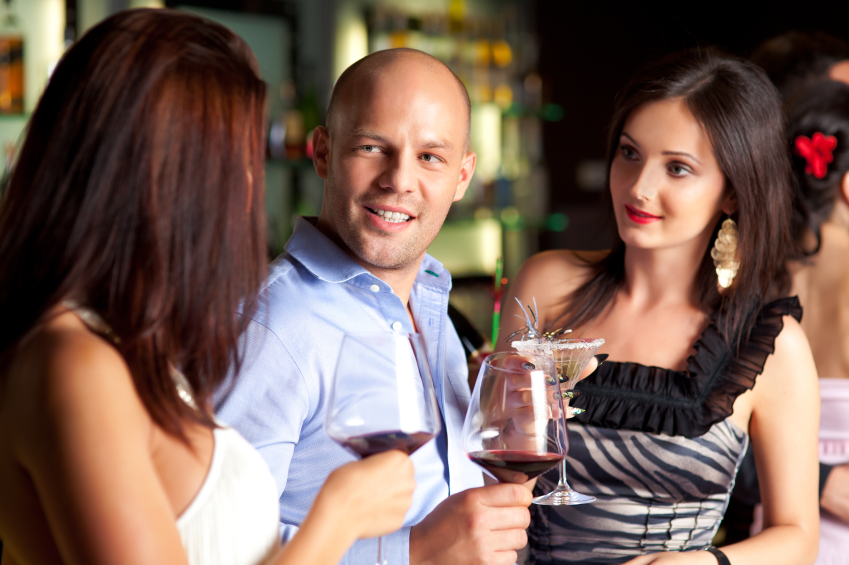 The secret of how to keep a woman interested is to maintain and build on her respect, love and attraction for you as a man.

Do you know how to do that? Watch this video to understand how it works…

You can keep a woman interested and deepen her feeling for you over time by:

There are many other ways to keep a woman interested, but those should help give you an introductory understanding of how it works.

Guys often contact me for advice on how to keep a woman interested during the initial dating phases and well into a relationship. More often than not it’s because the guy lacks self-confidence and as a result, he doesn’t seem himself as very valuable to women.

That is a big mistake to make with women.

They don’t want you to feel like you’re not good enough. They are hoping to meet a guy who believes in himself and can be the challenge that they’ve been hoping to meet…

As you will discover from the video above, most guys react in the same old, boring way when they meet a woman they like. If you can have the courage and wisdom to be the challenge that women desperately want to meet, you will laugh at how easy it is to keep a woman interested.

Do You Live an Exciting Lifestyle, or is Your Lifestyle Fairly Ordinary?

One of the biggest mistakes that a guy can make is to think that a woman won’t remain interested in him if he leads an ordinary, average lifestyle.

Based on the the amazing lifestyles that has seen other guys living on TV shows and in the movies when they’ve had a hot girlfriend, he may begin to believe that his lifestyle just isn’t good enough for attractive women.

Of course, this is wrong because in the real world (not the fantasy world of TV and movies), it’s not what a guy does that captures a woman’s interest, but who he is as a man.

If you’re confident enough to be yourself at all times and if you have clear understanding of who you are as a man and what you want from life, then you are an interesting enough guy for most women.

Sure, you should do interesting things in life and go to interesting places when you can, but there are only so many places you can go before you’ve done it all. At the end of the day, keeping a woman interested when talking to her for the first time, on a date with her or 20 years into a relationship with her comes down to who you are as a man.

If you lack confidence around women, pretend to be something you’re not and are too afraid to rise through the levels of life and reach your true potential as a man, then you’re not an interesting guy. Instead, you’re just another fearful, self-doubting who needs to a woman to be gentle with him.

When it comes to the topic of how to keep a woman interested, it’s not about doing 100s of fun and exciting things that you think might be of interest to her; it’s about being interesting as the man you already are right now.

If you could work on one thing about yourself that would make it easier for you to keep a woman interested, it would definitely be your self-confidence.

If you are able to be confident when you meet a woman, when on a date with her, during sex and in a relationship, she will feel naturally attracted to you and will find it easier to remain interested in you, rather than losing interest because you’re insecure.

If you are sincere about improving your success with women, you need to develop the type of self-confidence where you always believe in yourself, you always keep pushing forward in life and you never give up until you achieve what you want.

I call it Consistent Confidence and it is a key trait that women instinctively look for in a guy when they’re first talking to him and while on a date.

Some guys do manage to get lucky and score themselves a woman without Consistent Confidence, but their insecurities always end up causing problems in the relationship (e.g. they become clingy or overly-protective or unable to control their jealousy) and it then falls apart.

With that in mind, let’s have a look at some of the common mistakes that guys make when they lack confidence, but want to keep a woman interested…

Guys who lack confidence and don’t consider themselves to be very interesting or appealing to women, often fall into the trap of pretending to be confident and happy with their life in an effort to make themselves appear more interesting.

They have to be good at it to separate the real men from the fakers. Despite the fact that women can now earn their own money, buy food at the supermarket and be protected by police, they still have the instinct to find a confident guy who will be able to survive, thrive and prosper in life while keeping her safe and protected.

So, if your body language doesn’t match up to your confidently spoken words, a woman will see right through your act and will then be unable to feel true attraction and respect for you as a man.

When it comes to knowing how to keep a woman interested, what you need to focus on is consistently being a confident guy, while pushing forward in life and rising to your true potential as a man.

A lack of confidence can also lead a guy to trying way too hard to impress a woman, in the hopes of getting her interested and keep her interested.

A woman is looking for genuine self-confidence in a man and she knows that a man who has it doesn’t need to try too hard to impress a woman.

Instead, he impresses her simply by being his natural, cool and confident self all the time. It’s not an act, it is who he really is. He really is a confident, cool guy and as a result, women (and people for that matter) like him and want to be around him.

A big part of knowing how to keep a woman interested comes down to being able to relax into being your best self, all the time.

Putting Her on a Pedestal

Guys who lack self-confidence and thus doubt their ability to attract women and keep them interested, will often make the mistake of putting women on a pedestal.

This might lead to behavior such as hanging on her every word, going along with everything she says and continually telling her how amazing he thinks she is, how beautiful and how much he likes spending time with her.

Although some women will be flattered by all the attention and praise for a while, that won’t last forever. Eventually (if she doesn’t realize it immediately), she will pick up on the fact that the guy lacks confidence, isn’t desired by other women and is basically hoping to score with her…if she will “let” him.

In his mind, he thinks it is a good idea to let her be in charge and he feels as though he’s being the perfect gentleman by waiting until she is ready to like him in a sexual way. What he doesn’t realize is that most modern women will have sex on the first night or first date and she will then love the guy and want to be in a relationship with him.

If the guy is also a good guy, she will say, “He’s so sweet to me. He’s such a nice guy,” but she won’t also say what really happened when they first met, “He made me work hard to impress him when we first met. I felt lucky to kiss him and snatch him as mine before some other girl did.”

No…she’ll just say that he is nice and sweet, which will further confuse the type of guy who puts women on a pedestal. He’ll be thinking, “Huh? I’m sweet to her! Why doesn’t she like me?”

Why do nice guys usually get rejected by women? Watch this video to find out…

As you will discover from the video above, it’s a good thing to treat a woman well, but she will only truly appreciate it if you are also making her feel sexually attracted to you.

Sexual chemistry happens when you and a woman both feel sexual attraction for each other and also get along in a way that makes you feel as though you have a unique connection between you both.

If you can approach a woman with confidence and then let her experience your confidence and flirting during an interaction, she will become sexually attracted to you. To keep a woman interested, you then need to build on the sexual chemistry between you and create a unique feeling connection with her.