7 of the best places to find beautiful women are at:

Now on to the more important part…

What to Actually Do When You Get There

Regardless of where you find a beautiful woman, the most important things that you need to do are:

1. Approach her rather than just looking at her and hoping that she approaches you because you’re dressed well, you look cool or appear interesting.

2. Attract her in many different ways during the interaction (e.g. with your confidence, charisma, charm, humor, masculine vibe, etc).

3. Get her contact details and tell her you’ll get in touch, or stick with the interaction and escalate to a kiss or even sex on the first night.

As long as you focus on those 3 things, you will get results when you go out to find beautiful women.

This took me a long time to accept, but I’ve known that it is true for more than 10 years now.

That is, most beautiful women (not all) are much less picky than guys realize.

If you talk to a beautiful woman and she feels attracted to you because you’re being confident, charismatic, charming and making her laugh at times, she will be interested in you.

Don’t get me wrong here…

What I am saying is that many beautiful women can feel more than enough attraction for a guy simply based on him displaying several of the personality traits and behaviors that naturally attract women.

As you will discover from the video above, it’s completely normal for average and even below average guys to have a more beautiful girlfriend or wife.

Why? Most women are much more flexible about what they find attractive in a man and do not base their decision of whether or not to be with a guy simply based on his looks, financial status or social status.

Yes, those traits can help attract women (no doubt about that), but the majority of guys in this world don’t work as a male model, aren’t rich and have normal social status.

Yet, many of them are able to hook up with, get into relationships with and even marry beautiful women.

I’ve lost count of the number of times guys have asked me where they should go to find beautiful women.

It’s a great thing to know if you’re actually going to approach the beautiful women you see and you are prepared to make them feel attracted to you.

Yet, most guys aren’t going to approach and still don’t even know how to properly attract women, which is one of the 3 things that attractive women hate about most single guys…

As you will discover from the video above, it’s very easy for beautiful women to make guys feel attracted to them.

They don’t have to ANYTHING other than look good and 95% of guys will be willing to have sex with them or begin a relationship…just because she looks good.

Guys will stare at her, call out to her and try to get her attention, but she will rarely get approached by a guy who can just be NORMAL around her. 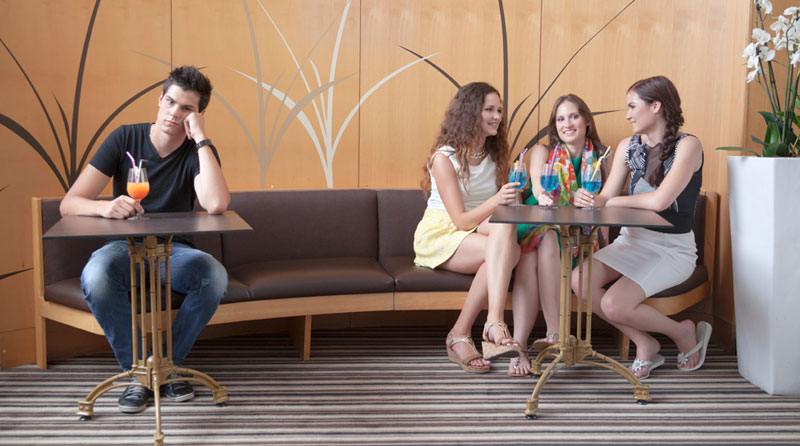 The majority of beautiful women only ever get approached by:

It’s a nightmare out there for most beautiful women.

Throughout her single life, a beautiful woman rarely gets approached by normal, good guys who make her feel attracted and turned on during a conversation.

It’s so rare, which is why you will often hear beautiful woman asking, “Where are all the real men?”

As you will discover from the video above, many beautiful women struggle to find a normal, good guy who can just be real and make her feel attracted and turned on.

Guys like that almost always have a girlfriend, a wife or plenty of women in their life.

If you are a good guy, then there is a huge opportunity for you to get yourself a beautiful woman.

When you give beautiful women the attraction experience that they’ve been starved of for so long, then you are the guy that they feast on.

They eat you up. 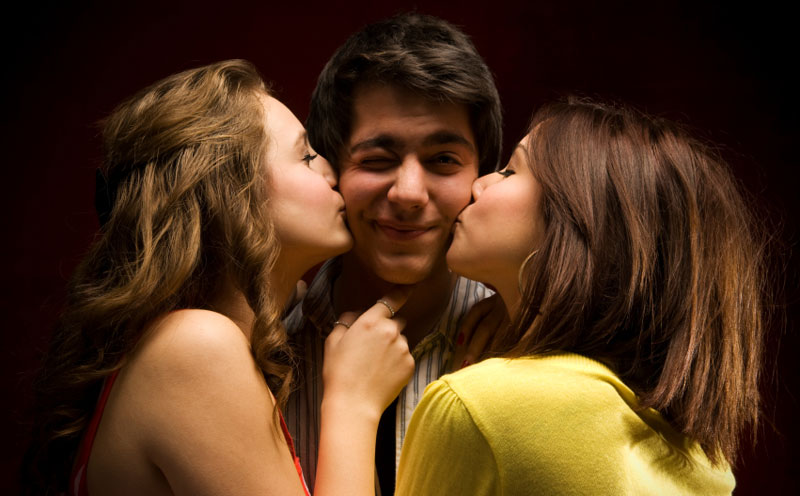 It’s so frikken easy that it’s hilarious (and sad at the same time) that most guys don’t know this.

Most guys go through life thinking that all beautiful women are out of their league, unless they can somehow work out how to become more good looking, rich, taller, etc.

Yet, while some beautiful women are very picky and will only accept really good looking, rich, tall, muscular men, the majority of beautiful women are much more open to feeling attracted to the personality traits, behaviors and inner qualities of men.

Other Places to Meet Beautiful Women

As you go through your everyday life or visit new parts of your city or town, you will no doubt see a few beautiful women here and there.

Of course, not all of them will be single, but it doesn’t hurt to approach and say hi. Why? You’re not doing anything wrong. If she is single, she will be hoping that she can meet a guy and since she’s not going to do the approaching, she will be glad when a normal, good guy walks up to her and says hello.

As long as you make her feel attracted to you when you begin interacting with her (e.g. by being confident, charismatic, charming, funny, etc), she will be excited to be interacting with you.

When you then ask for her number and she says yes, you will remember what I said about many beautiful women being a lot easier to pick up than most guys realize.

Okay, so if you’ve got the confidence to approach, you know what to say and you’re ready to make her feel attracted, you might want to check out some of these places…

She’s Beautiful, But She Still Has Natural Instincts Like Other Women

Whether a woman is beautiful or not, she’s going to be attracted to the same kinds of things that other women find attractive.

Yes, some beautiful women are superficial and only want perfect looking male models with money and a huge penis.

Yet, the majority of women can’t stop themselves from feeling attracted to certain personality traits, behaviors and inner qualities in men.

For example: If a guy approaches a beautiful woman and displays nervousness and insecurity when interacting with her, she will instinctively feel turned off by him.

On the other hand, if a guy approaches her and displays relaxed confidence, has a masculine vibe, is charming and can get her laughing, she is going to feel very attracted to him.

The less physically attractive a guy is, the better he has to be at attracting women with his personality, behavior and inner qualities, but it is possible to do.

Not all beautiful women will accept a guy who doesn’t look like a model, but a very high number of them will…

Shy Around Women? Here’s How to Fix it