How Neediness Destroys Your Love Life

There’s nothing wrong with showing your interest in a woman when you first meet her or being madly in love with her in a relationship, but there is a problem when your love and affection becomes warped by neediness.

Needy love is unattractive to women because women are attracted to the emotional strength and security of men and turned off by the weakness. A woman wants to feel like you want her, but don’t need her.

As a woman grows up and realizes that she has this pussy power over men, she begins to feel less and less excited about guys who are so easily impressed by her. Eventually, she begins to wish that she could find a guy who is more of a challenge…

A needy guy rarely, if ever, offers any type of challenge to an attractive. He is impressed and wants to be with her because she is probably the only pretty woman who has shown him any interest in months, or even years.

In all the excitement, he fails to realize that she isn’t looking to score another needy guy who can’t attract other women. She’s hoping to meet a guy who can make her feel some exciting attraction by being a bit of a challenge to seduce.

He doesn’t realize that beautiful women don’t want to feel like they’re doing him a favor by giving him a “chance” to be with them. Instead, a woman wants to find a guy who makes her feel like she is lucky to be getting a chance with him.

Some guys can’t stop themselves from being needy of their woman because secretly, they know that it’s difficult for them to attract other women.

If a guy becomes needy in a relationship, he will almost always be the type of guy who “got lucky” and met a girl who gave him a chance, even though he didn’t make her feel much attraction initially.

Maybe she was bored and wanted to have sex with a new guy for a while, or wanted to use the needy guy’s desperation for her to make herself feel better after being dumped by a guy who she couldn’t get to commit.

Whatever the case, when she begins to pull back her interest even slightly, a needy guy will react by wanting and needing more of her time, affection and reassurance that she loves him and wants to be with only him.

In his mind, he thinks that if he can just show her how much she means to him, she will realize that she’s lucky to have a guy who loves her so much. Yet, it doesn’t work. Why?

A woman wants to be with a guy that she can respect and feel attracted to. Neediness and insecurity is the opposite of what attracts women and maintains their respect.

“Why Does He Keep Messaging Me? Give Me Some Time to Miss You…”

One of the greatest gifts that you can give to a woman is the chance to miss you.

Needy guys can’t give that gift to women because because without her, they feel lost, lonely, insecure and in some cases, depressed.

When a needy guy meets a woman who actually seems as though she likes him, he’ll usually panic and urgently try to “lock her down” into a relationship before another guy comes along. “Quick, quick, quick! I’ve got to secure this! I will never find another woman like her!”

What he doesn’t realize is that, these days, most women want to take a guy for a “test drive” first and see how they feel about a relationship after that. He doesn’t realize that most people have sex on the first night, first date or at the latest, second date and then take it from there.

If he’s the typical needy guy, he comes on way too strong with a relationship vibe and essentially tries to get a girl to commit to a relationship before kissing and sex.

In the past, women needed to save their virginity for marriage and then stick by that man for life, which is where the old “Till death do us part” saying comes in.

These days, women can have sex with whoever they want and settle down whenever they want. Just because a woman dates a guy, kisses him or has sex with him, she isn’t obliged to then get into a serious relationship with him.

Likewise, just because a woman gets into a relationship with a guy, she is no longer obliged to stay with him for life. These days, a woman will only stay with a man for life if he knows how to deepen her love, respect and attraction over time.

It’s totally possible to stay in a relationship or marriage for life and be truly happy and in love with each other.

You’ve got to do it right though.

If you do it wrong (e.g. you become insecure, jealous, start arguments all the time, can’t handle her tests of your confidence, ruin her attraction for you), then it’s only natural that you will most likely be another break up or divorce victim.

You don’t have to go through all the horrible pain and frustration of losing your woman. You can keep a woman for life, but you’ve got to do it right.

If you are needy or become needy in a relationship, you will never be able to enjoy true, lasting success with women.

Some Women Use Needy Guys as a Self-Esteem Booster 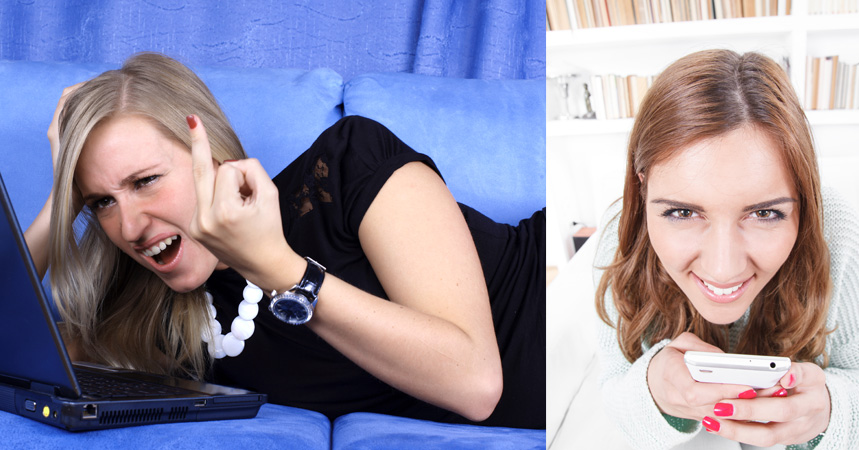 If a woman doesn’t reject or dump a needy guy right away, she will often pretend that she is interested and use his desperation for her as a self-esteem boost until she meets a guy who actually makes her feel respect and attraction.

When she is leading him on, she will say things like, “I don’t want to ruin our friendship” or “I’m not ready for a relationship right now” or “I like you, but I need time.”

Then, when he finds out that she has started dating or having sex with another guy (e.g. she posts up photos on Facebook, or even changes her status to “In a Relationship”) he feels betrayed and even angry at her.

How could she do such a thing? Simple: She never felt attracted to him. She was just using him to make herself feel more confident when she interacted with a guy who she was actually attracted to.

Often, women like that will tell a guy that they are attracted to about all the other guys who like her. She will try to show the guy that she likes that she is in demand and hopefully it will make him feel like he needs to secure her into a relationship.

Well, that is what happens when you don’t know how to attract women and are hoping that women will “give you a chance” because you’re such a good guy.

When a needy guy gets dumped by a woman he really likes (often before they’ve even had sex), he will start looking for reasons why. Yet, because he doesn’t even know how to attract women, he will assume that he isn’t good looking enough, rich enough, tall enough, etc.

He might begin lifting weights at the gym and buy new clothes in an attempt to improve his appearance in the hope that she “notices” him. Yet, what the woman was turned off by was his neediness; not his appearance.

As a female friend of mine said recently, “Anxiety makes a guy look ugly. Confidence makes him look sexy.”

That’s the truth about attraction. If you’re not confident, you don’t look good to women. It’s that simple. You can have all the muscles in the world but, if you lack confidence and are needy for attention, love or affection, women will not find you attractive.

No matter how hard you try, you can’t hide your lack of confidence or desperation from women. Why? It comes through via your body language, tonality, conversation and actions.

If a woman wants to find out whether or not you are needy, all she has to do is show you some interest, seduce you by acting like she is interested in a sexual way and then pull back her interest.

If you laugh at her and let her go, you’re not needy and she will be excited to have finally found a guy who wants her, but doesn’t need her. However, if you panic and come across in a way where she can tell that you’re worried about losing your opportunity with her, she will rapidly begin to lose interest.

It may sound like a lot annoying mind games, but women do that because it is so EASY for them to get laid. If a woman is attractive, pretty every guy would bang her. That isn’t exciting for her.

She wants a guy who could easily have other women, but will choose her if she impresses him enough. Meeting a guy like that is as rare as us men meeting a woman who is a 10/10. It only happens once in a blue moon and when it does, boy does it get your attention…